From 21-22 October 2015, the Embassy hosted a two-day visit to Rotterdam and Eindhoven from an Irish Design 2015 delegation headed by Minister of Business and Employment Ged Nash TD. The delegation met with leading figures in Dutch design to learn about government policy in the area and the infrastructure in place in The Netherlands to support the creative industries. 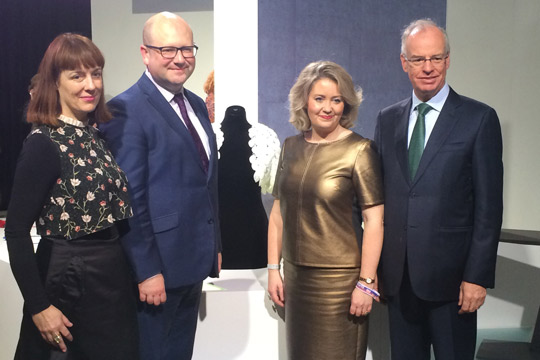 As part of the visit, the Minister launched Ireland’s exhibit Liminal - Irish Design at the Threshold at Dutch Design Week Eindhoven. This showcase of the work of over 20 Irish designers, companies and studios is a key event in the year of Irish Design 2015.

More information on the year of Irish design is available at the Irish Design website: http://www.irishdesign2015.ie/liminal/