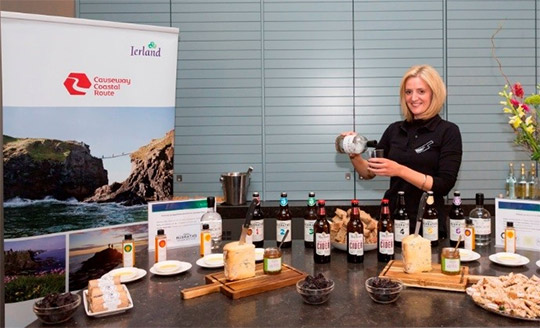 On 15 March 2016, the Ambassador of Ireland to the Kingdom of The Netherlands, H.E. Mr John Neary attended Tourism Ireland's Press Awards in Amsterdam. More than 60 top travel and lifestyle journalists in the Netherlands were present.

The theme of this year's event was Northern Ireland's Year of Food and Drink, with Caroline Wilson of Belfast Food Tours on hand to present a showcase of Northern Ireland produce, including Abernethy Butter, Shortcross Gin, Young Buck cheese and Armagh cider.

This was the tenth year of the awards, which recognise and commend Dutch journalists and bloggers who have written or broadcast about holidaying on the island of Ireland during the previous year. The event was also an opportunity for Tourism Ireland to thank the media for their efforts in highlighting the island of Ireland as a fantastic destination for Dutch holidaymakers.

For more information on the work of Tourism Ireland, please visit their website.