On 13 March 2016, Ambassador Neary opened the 6th annual St. Patrick's Day festival in The Hague, organised in association with the Irish Club and The Hague GAA. 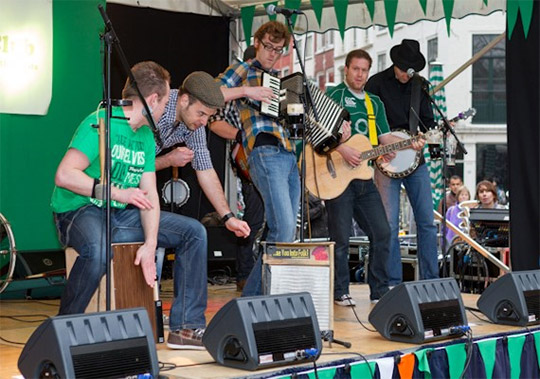 On 13 March 2016, the 6th annual St. Patrick's Day Festival took place at the Grote Markt in The Hague in association with the Irish Club Netherlands and Den Haag Gaelic Athletic Association. The Ambassador of Ireland to the Kingdom of The Netherlands, H.E. Mr John Neary opened the Festival and addressed attendee. The event featured performances of traditional Irish music and dance and was attended by the diplomatic corps, the Irish community in The Hague and many locals.

More details about this annual event are available here http://www.stpatricksdaydenhaag.nl/