On 16 June 2016, the Embassy of Ireland supports Bloomsday performance by the Curlew Theatre, in collaboration with the Irish Theatre Group and the Irish Club in the Netherlands. 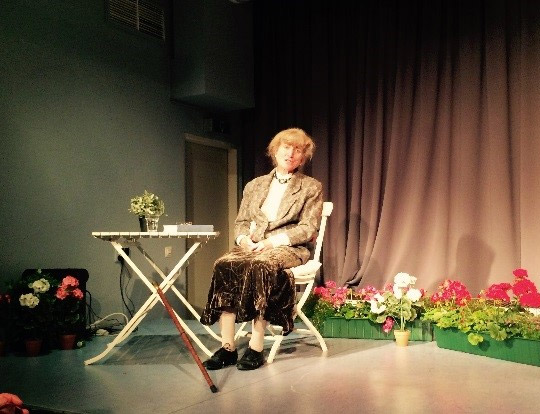 The Curlew Theatre gave a performance of 'Noramollyannalivialucia: The Muse & Mister Joyce', supported by the Embassy of Ireland to celebrate Bloomsday in The Hague. The one-woman show, set in 1950, stars Tegolin Knowland as Nora, Joyce's wife. The play highlights her life with Joyce, its difficulties and triumphs, the sadness of their daughter's illness, their relationship with one another, and her status as one of his muses. Knowland gave a captivating performance to a full house, in an entertaining piece of theatre that provided insights into the life and work of James Joyce.

As part of the event, the Irish Theatre Group, based in The Hague, in collaboration with the Irish Club in the Netherlands and the Haagse Kunstkring (The Hague Artists' Association) also gave live readings from Ulysses.