The Embassy of Ireland, in partnership with the Ireland Netherlands Business Association (INBA) and Meijburg & Co/KPMG hosted a seminar entitled Brexit: Implications for Dutch and Irish Business at KPMG’s offices in Amsterdam on 21 September 2017. 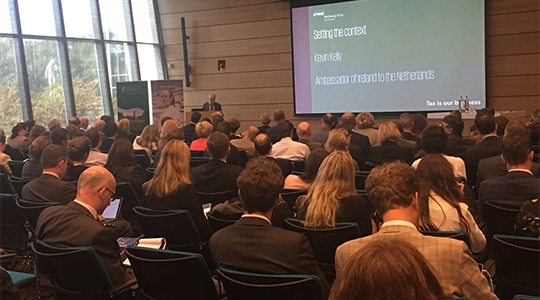 The aim of the event was to raise awareness of the challenges faced by Ireland and the Netherlands in responding to and preparing for the consequences of the UK withdrawal from the EU. Over 120 participants representing the business and diplomatic community, the Dutch government and the Irish diaspora were in attendance.