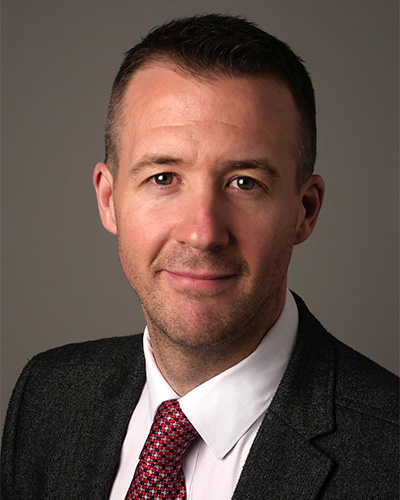 Robert O’Driscoll was born in Dublin, Ireland.He joined the Irish Department of Foreign Affairs in October 2007 as a Third Secretary. Robert previously served overseas in Ireland’s Permanent Representation to the EU in Brussels (2012), as Deputy Head of Mission in Ireland’s Embassy to the United Arab Emirates (2009 to 2011) and in Ireland’s Embassy to Saudi Arabia (2008 to 2009).

In 2015, Robert was the first Irish diplomat chosen to participate in a public-private staff exchange programme in which he was seconded to the Avolon aircraft leasing firm in Dublin. Prior to his appointment as Consul General, Robert was Deputy Director in the Trade Division. He has previously served as Private Secretary to Ireland’s Deputy Prime Minister (Tánaiste) and to the Minister for Foreign Affairs and Trade from 2013 to 2015. He has also served in Dublin the Development Cooperation Division on EU matters and in the Political Division.

Robert took up duty as Consul General of Ireland to the Western United States, in San Francisco, on 03 July 2017.

Robert has a MA in International Security and Conflict Studies from Dublin City University, a BA in History and Political Science from Trinity College Dublin and a Diploma in Economic Analysis from the National University of Ireland. He is married to his wife, Caoimhe.