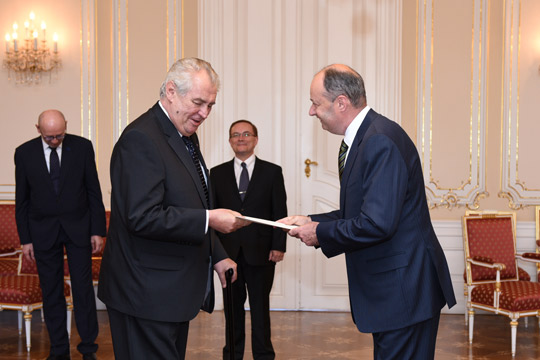 The ceremony started at the First Courtyard of the Prague Castle, where Ambassador Sheehan inspected the Guard of Honour. He then proceeded to the Throne Room where he presented his credentials to President Zeman. 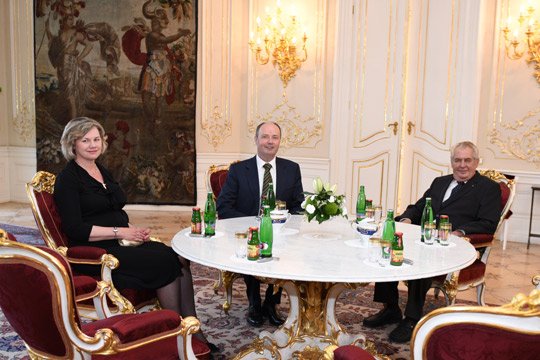 Ambassador Sheehan was accompanied by his wife Alice and Second Secretary Assumpta Griffin.