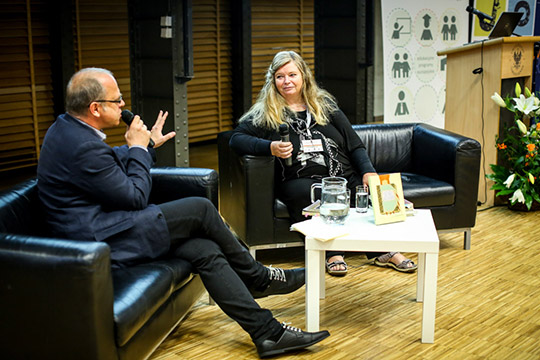 Irish poet Nuala Ní Dhomhnaill visited Warsaw in September 2014 and, along with her Polish translator Jerzy Jarniewicz, presented her poetry and the Irish language at the Conference on Intercultural Competences in language Education as part of the European Day of Languages Project. The Embassy was delighted to host an evening with Nuala and Jerzy at the Museum of Literature, in cooperation with the Old Town Cultural Centre in Warsaw where they read her poems and his translations and discussed the development of contemporary writing in Ireland.