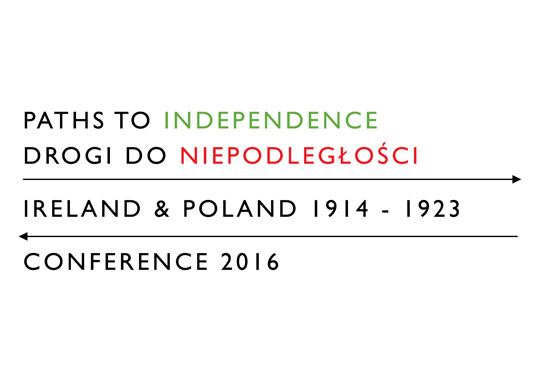 The histories of Ireland and Poland have often been compared – countries that strove throughout the nineteenth century to restore their independence and succeeded in doing so in the early decades of the twentieth century. For many Irish nationalists, Poland and Ireland shared a common fate. It was even popular to speak of ‘Ireland of the East’ and ‘Poland of the West’.

2016 marks the centenary of the Easter Rising, a key event in Ireland’s path towards independence. In this centenary year, we have an opportunity to reflect on the events of 1916 and in the succeeding years leading to the establishment of an Irish state in 1922. These years are also a seminal period in Polish history, witnessing the restoration of Polish independence in 1918 and efforts to secure Poland’s borders in the face of challenge from the east. Both countries emerged from conflict at the start of the 1920s to build institutions of state and economy, to chart a future for their people and to secure their place in a transformed Europe.

The Embassy of Ireland and the University of Warsaw invite you to an international conference on the experiences of Ireland and Poland on their paths to independent statehood. Leading Irish and Polish historians will analyse and compare the similarities and differences between the Polish and Irish experiences during these turbulent and formative years.

The languages of the conference are Polish and English. Interpretation will be provided. Admission is free.

The conference is part of the Irish Government’s global programme of events marking the centenary of the 1916 Rising in Ireland.