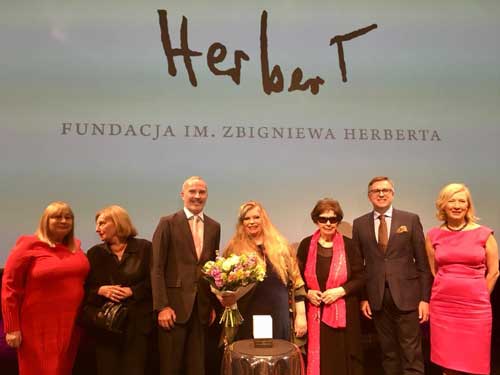 The aim of the Zbigniew Herbert International Literary Award is to recognize outstanding artistic and intellectual literary achievements. The Award is given annually for achievements in the field of poetry and for the entirety of the author’s creative output. Announcing this year’s award, Edward Hirsch, Chair of the award jury, said: ‘We have chosen a ground-breaking and courageous poet who is both local and international, a poet, who has helped to sustain and remake her language’.