Seamus Heaney's 'Beacons at Bealtaine' is on display in Warsaw for the month of April as part of the Poems in the City project. 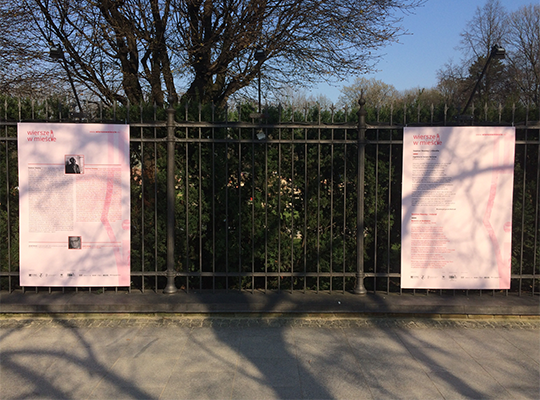 Seamus Heaney (1930-2013) was one of Ireland's most celebrated poets. He was awarded the Novel Prize in literature in 1995 "or works of lyrical beauty and ethical depth, which exalt everyday miracles and the living past."

The theme of this year's Poems in the City project is Europe. 'Beacons at Bealtaine' was written by Seamus Heaney to mark the accession of ten new countries, including Poland, to the European Union on 1 May 2004 during Ireland's EU Presidency. Heaney himself recited the poem at the Enlargement Ceremony that took place in Dublin's Phoenix Park. The poem was translated into Polish by prose writer, poet, translator and painter, Jacek Dehnel.

'Beacons at Bealtaine' appeared in English and Polish at Łazienki Park, at bus stops, in bookshops and city libraries, and on posters around Warsaw. On 25 April, the poem was recited at a public poetry evening at the Royal Theatre in Łazienki Park along with poetry from twelve other European countries.

Poems in the City is a project of EUNIC Warszawa, which aims to contribute to cultural diversity and to strengthen cultural dialogue and exchange. 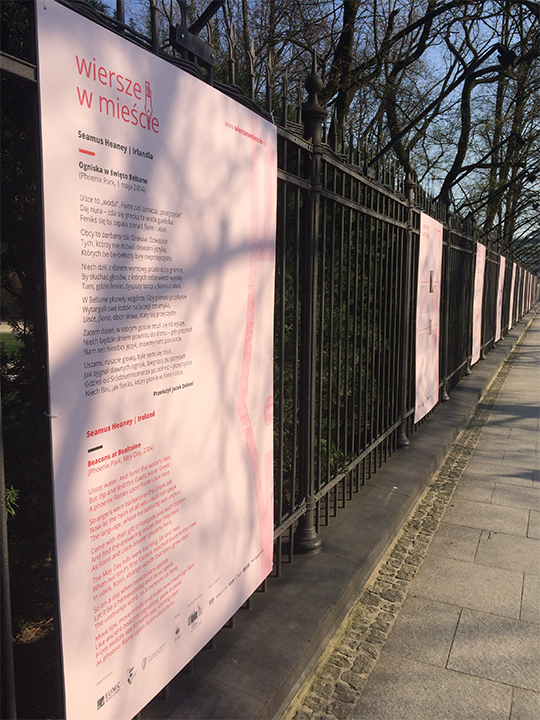