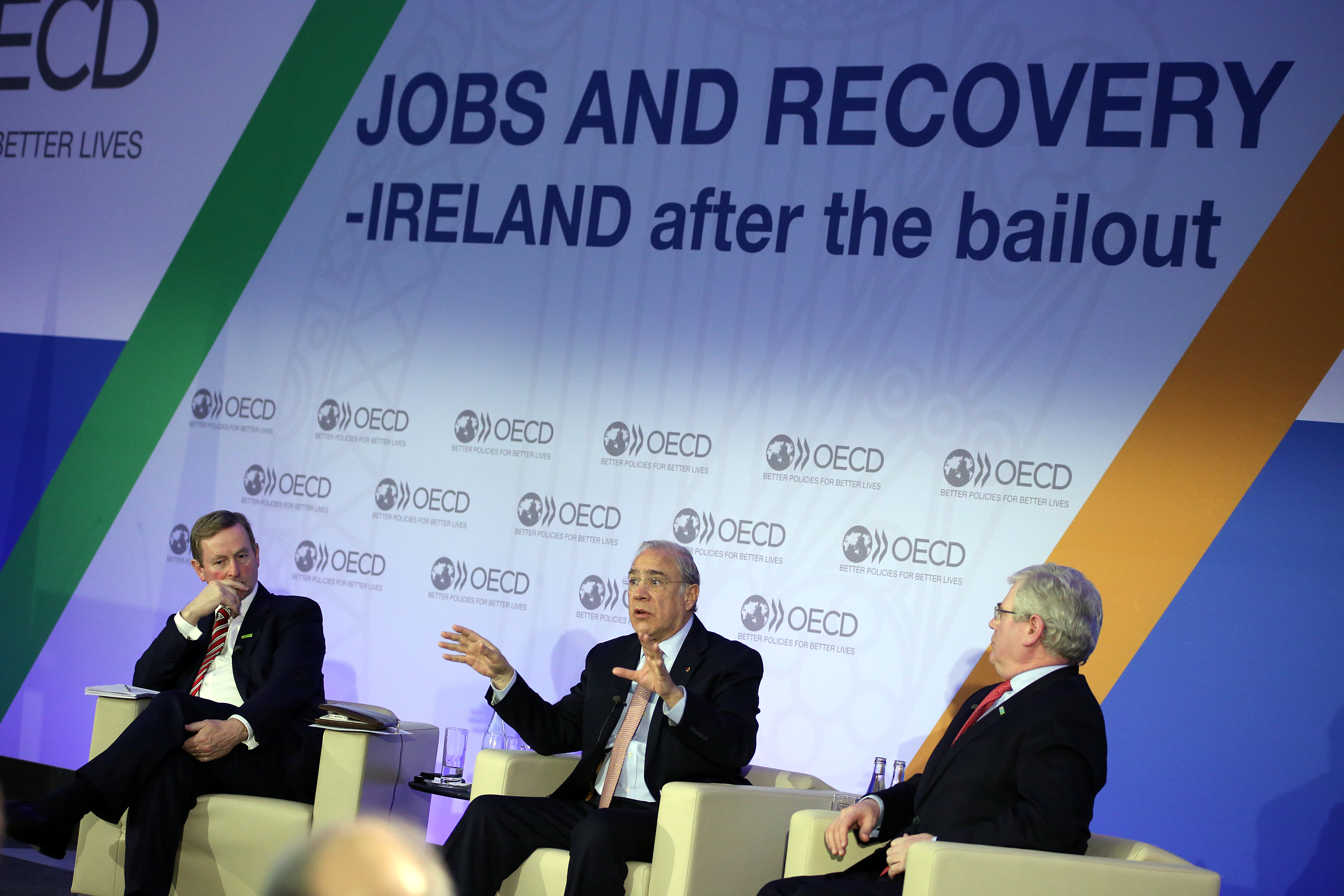 The Taoiseach, Tánaiste and members of the Government paid a working visit to the OECD today to discuss a range of economic and social policy issues with OECD experts following Ireland's successful exit from the EU IMF Programme.

The visit arose from an invitation extended to the Government by the Secretary General of the OECD, Angel Gurría, at the launch of the OECD Survey of Ireland in Dublin on the 12th of September 2013. The Taoiseach and Tánaiste were accompanied by the Ministers for Education and Skills, Jobs, Enterprise and Innovation, Social Protection and Environment, Community and Local Government who had the opportunity to discuss policy issues with OECD experts in youth unemployment, education, skills, innovation, and the environment.

The Taoiseach and Tánaiste also participated in a public forum open to the media on Jobs and Recovery - Ireland after the Bailout.