On 17 October 2017 Ambassador Deirdre Ní Fhallúin presented her credentials to the President of the Republic of Cyprus, Nicos Anastasiades 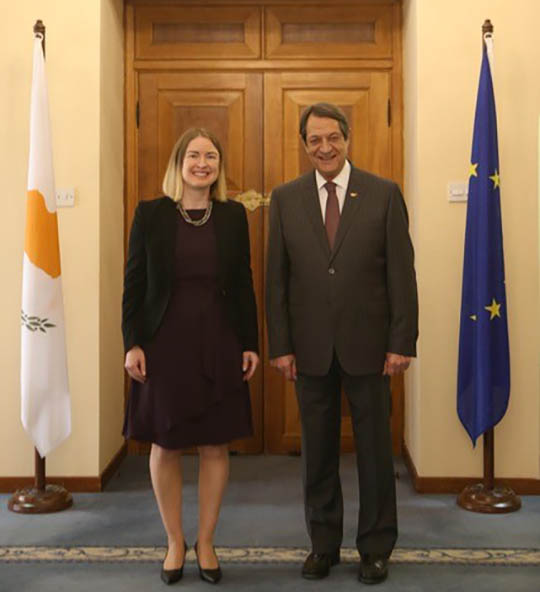 The President and the Ambassador had warm discussions which reaffirmed the strong bonds of friendship between Ireland and Cyprus, both bilaterally and as partners in the European Union. They discussed bilateral relations, recent developments in the Cyprus problem and the challenges for both countries arising from the departure of the UK from the EU.