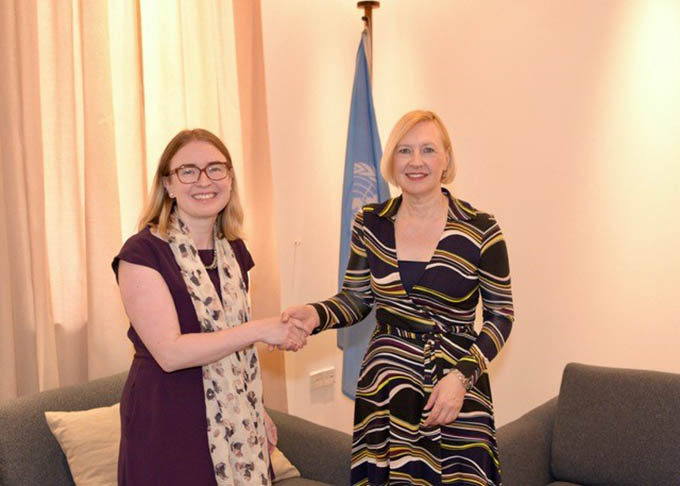 Ambassador Ní Fhallúin met with the Special Representative of the UN Secretary-General (SRSG) and Head of the United Nations Peacekeeping Force in Cyprus (UNFICYP) Elizabeth Spehar, to discuss recent developments and to reaffirm Ireland's support for UNFICYP.

They discussed the long-standing support Ireland has provided to UNFICYP. They also discussed the importance of confidence building measures to promote reconciliation between the communities in Cyprus, and the significance of the principles set out in UN Security Council Resolution 1325 (on Women, Peace and Security). Ms Spehar thanked the Ambassador for the Irish contribution to the police component of the mission. There are currently 12 members of An Garda Síochána serving with UNFICYP/UNPOL.