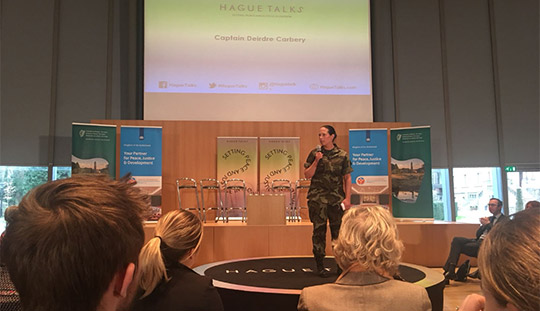 On Thursday, 8 March 2018 the Embassy of Ireland and the Ministry of Foreign Affairs of the Netherlands hosted an event entitled ‘Women in Peacekeeping: Mission (not yet) Accomplished?’. The event, to mark International Women’s Day 2018, took place in the iconic setting of the Peace Palace in The Hague, and was attended by over 250 people from the diplomatic community, the Dutch and Irish defence forces, think tanks, international courts and tribunals, CSOs and academia.

The event saw a diverse panel of experts and practitioners from the field of peacekeeping come together to examine progress and shortfalls in matters relating to the inclusion of women in peacekeeping missions. Primarily the event sought to highlight the diverse and important roles that women play in peacekeeping missions, and demonstrate what women’s inclusion means for peacekeeping more generally. Secondly, in recognising that there still remains major shortfalls in women’s participation, the event sought to examine some of the obstacles to women’s participation, from both a cultural and policy perspective, with a view towards highlighting opportunities for positive policy change more globally.

The panel included two women peacekeepers, Captain Deirdre Carbery, from the Irish Defence Forces, and Commander Ella van den Heuvel from the Dutch military. Both gave insights from their first-hand experience of working in the field. To complement these insights, Ms Ameerah Haq, former UN Under-Secretary General for Field Support and Special Representative of the Secretary General, provided a UN perspective and highlighted the importance of ensuring that leaders live up to commitments in this area. Also joining the panel, was the Chief of Staff of the Irish Defence Forces, Vice Admiral Mark Mellett and Major-General Oppelaar from the Ministry of Defence, both of whom have been instrumental in implementing progressive gender policies in their respective institutions, consistent with the Women, Peace and Security agenda.

The panel was moderated by Ambassador Marriët Schuurman, Head of Dutch MFA Taskforce for the UN Security Council, and an expert on the Women, Peace and Security agenda. Important video messages from the field were also provided by Minister Sigrid Kaag, Minister for Foreign Trade and Development Cooperation, the Netherlands and Major General Beary, Head of Mission and Force Commander, United Nations Interim Force in Lebanon.

Contributions by each speaker can be viewed here: 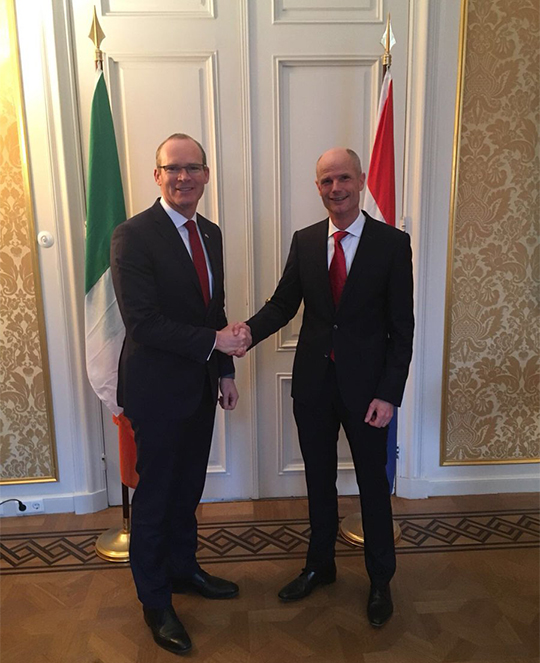 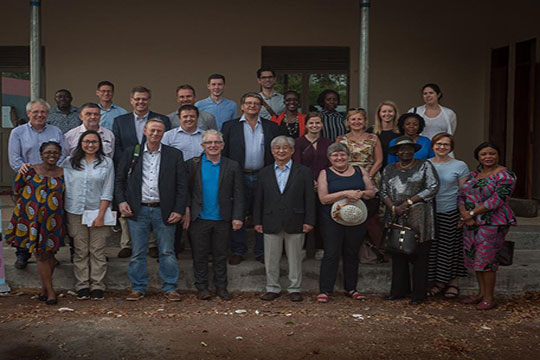