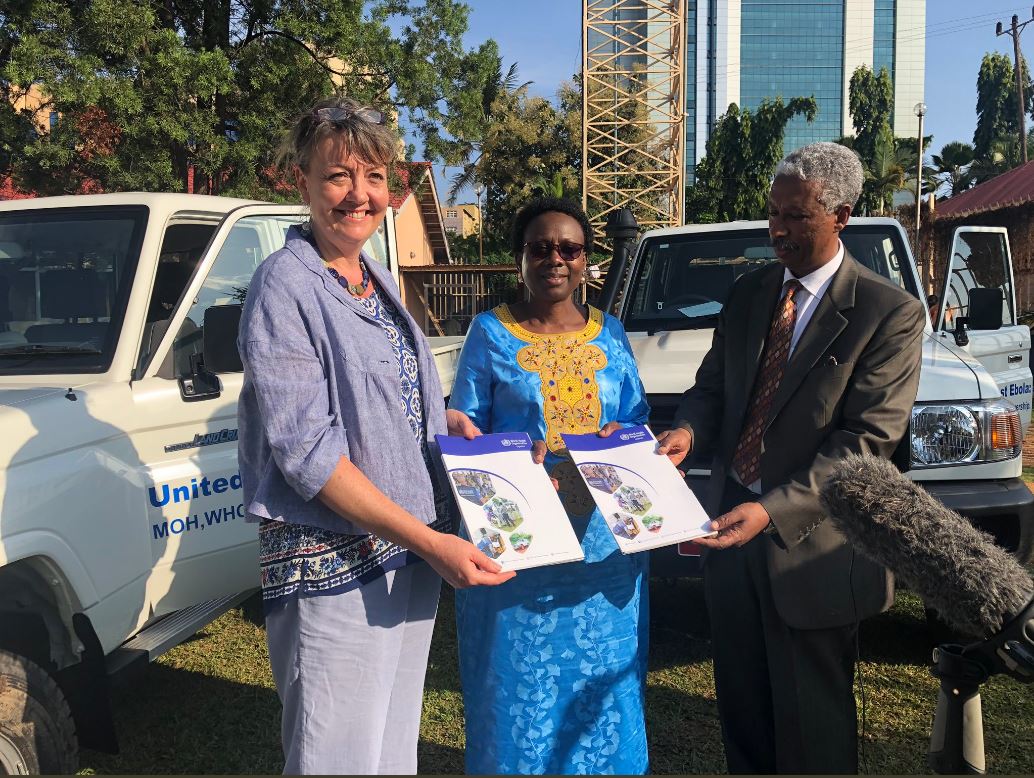 The Deputy Head of Mission, Ms Áine Doody, today handed over two multipurpose vehicles to Minister of Health, Dr Jane Ruth Aceng, to strengthen efforts in containing the spread of Ebola in Western Uganda. The timely donation will help in boosting surveillance and logistics during the Ebola response phase.

This follows an earlier donation of 10 motorcycles, which are also being used to support surveillance. 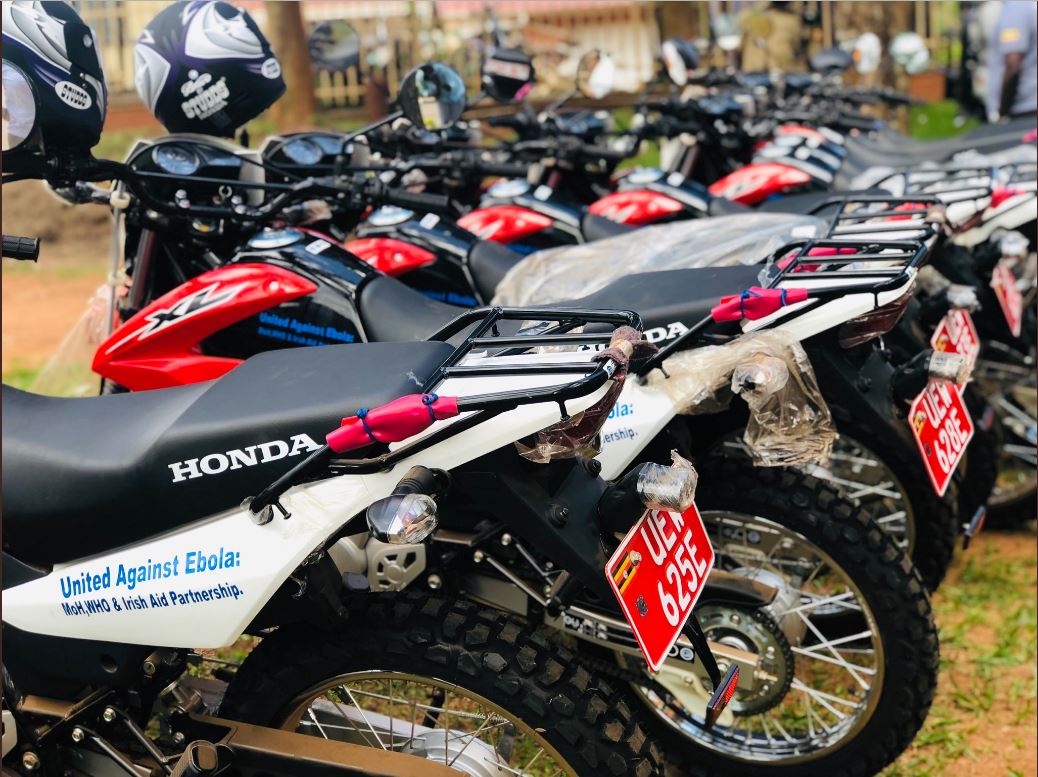 Speaking at the handover, the Deputy Head of Mission noted, “we fully understand the scale and complexity of the challenge across the region. We know that providing logistical support is a key part of an effective response which is why we are funding these vehicles, as well as the motor bikes previously funded”.

In response, Dr Aceng appreciated the efforts of partners to contain the outbreak. Ireland continues to support Ebola preparedness and response in Uganda, providing €1m this year through the World Health Organisation.