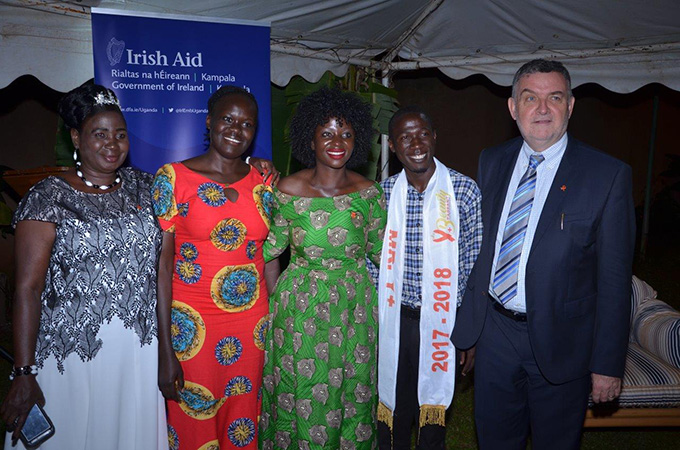 Three young people living positively with HIV shared their stories with a large crowd of their peers and representatives from government, civil society, development partners and international organisations, at an event hosted in Kampala, by Ambassador Finbar O'Brien to  commemorate World AIDS Day 2017.

In a panel format hosted by Embassy Economic Adviser, Peter Michael Oumo, under the theme of 'Recognising the Contribution of Young People to Uganda's HIV Response', the three guests were invited to speak on their experiences of living with HIV and their motivation for giving back to their community.

Sarah Aporo, a graduate and current employee of Makerere University, has made it her mission to create awareness in the university on HIV testing and treatment, "I encourage people to test because if I had not tested, I would not be here now".

Initially Sarah struggled with her diagnosis and feared to share her status with others. However, she soon decided that the best approach was to live positively with her status and work to prevent others from contracting the disease.

Nyanzi Huzairu is a recent winner of Mr Y+, a competition to recognise the talent and inner beauty of young people living positively. Nyanzi also initially struggled with learning he was HIV+, but with the support of a friend he realised, "If one person can accept me as I am, others too can accept me". As well as studying full-time, Nyanzi works with young out-of-school girls and boys, empowering them through cultural performances and art.

Barbara Kemigisa was encouraged to contribute to Uganda's HIV response through the support she received at the Infectious Diseases Institute's Adolescent and Young Adult Clinic, "I reached the clinic and I realised I was not alone; I had the support of the young people there". Barbara spreads her key message on the importance of good adherence to treatment through creatively repurposing ARV packaging into decorative items and furniture.

Speaking at the event, the Ambassador thanked the young people present for their significant contributions within their own communities and urged others to be inspired by the stories that had been shared.

Ambassador O'Brien also noted that he was very happy to lead the World AIDS Day commemorations of behalf of all EU Member States as HIV/AIDS has been at the heart of Ireland's development programme for many years.

Ireland is working in partnership with EU Member States and the United States to support Government and civil society organisations to address the HIV/AIDS pandemic in Uganda, engaging closely with Government at district and national level. In 2018, nearly 25% of Ireland's expenditure will be focused on HIV, with a particular focus on prevention. Working with UNAIDS and civil society partners, the country plan also focuses on prevention programming among young people in Karamoja as a key priority. 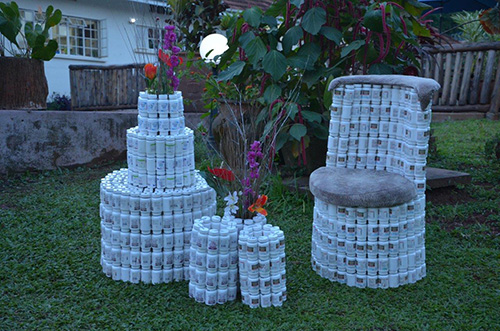