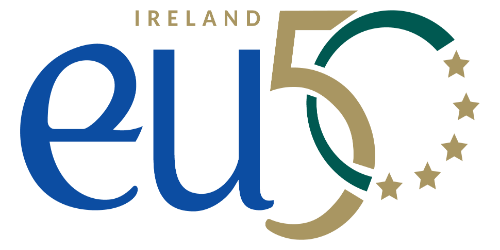 Ireland’s 50 years of membership has coincided with a radical economic and social transformation of our country. From an isolated island on the periphery of Europe with a small economy, Ireland has developed into one of the most open, globalised, advanced and progressive societies in the world.

Speaking ahead of the anniversary, the Taoiseach said:

“Over the decades our European partners have provided the strongest and most steadfast of support to peace and reconciliation on this island, including through generous EU funding programmes and, more recently, in solidarity with Ireland as we work together to manage the unique challenges for this island resulting from the UK’s decision to leave the European Union.”

“The signing of the Treaty of Accession was one of the most important events in Irish foreign policy and Ireland’s EU membership of is a core component of our international influence. This Government is committed to being at the heart of the Europe and as Minister for European Affairs I am looking forward to celebrating and reflecting on what 50 years of membership has meant for our country.”

Over the course of the year, there will be a series of events to commemorate Ireland’s accession, both in Ireland and here in Brussels.

Full details of the commemoration programme can be found at EU50 - this is Ireland.

On St. Brigid’s Day 2022, as we mark 50 years of Ireland’s membership of the EU, the Permanent Representation of Ireland to the EU will host a webinar featuring trail-blazing Irish women who have led and shaped the EU.