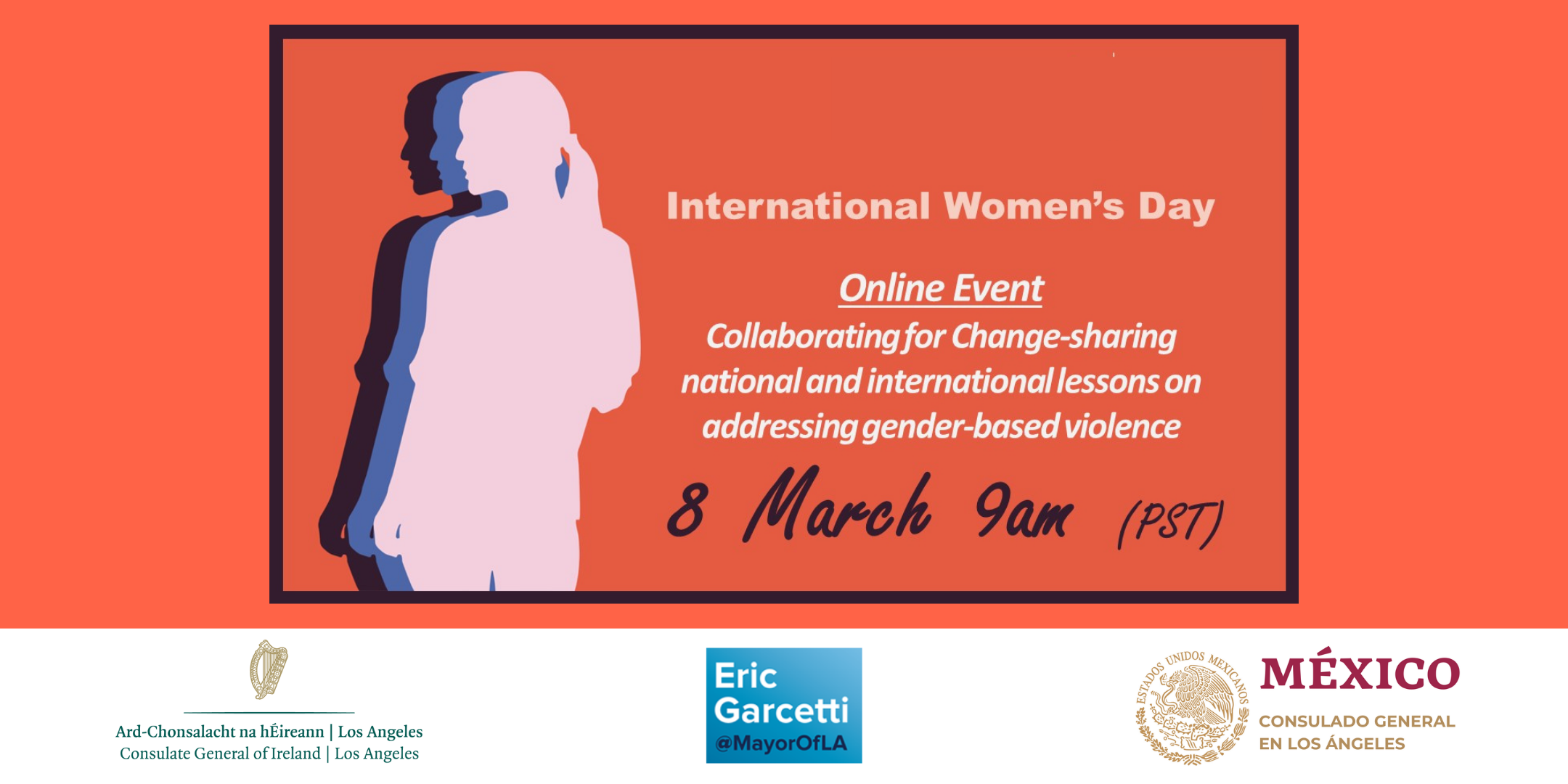 Los Angeles Mayor Eric Garcetti chairs an international coalition of cities committed to advancing gender equality. The City Hub And Network for Gender Equity - known as CHANGE, whose membership extends from Barcelona, to Mexico, to Sierra Leone, is committed to advancing policies and programmes on gender equity which include a focus on gender based violence (GBV). The online event, open to the public, will consist of a panel discussion, followed by a moderated question and answers session with the panellists.

If you or anyone you know is experiencing domestic violence and is in need of shelter and services, please see the following resources below.