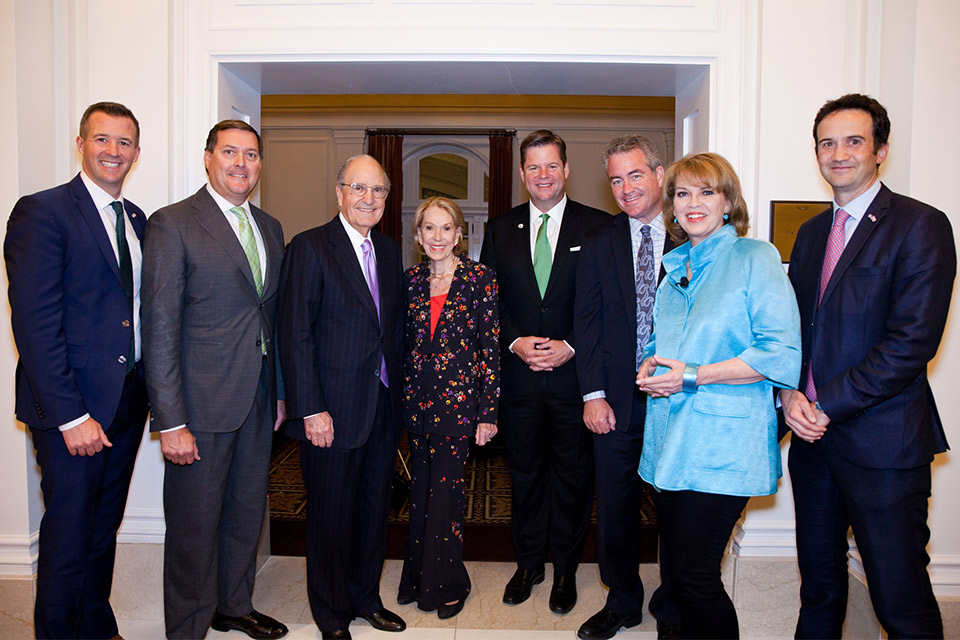 The event was hosted by the Consulate of Ireland, along with the UK Consulate, with support from the Irish Caucus in the California State Legislature and the Northern Ireland Bureau. With a keynote address by the distinguished Senator, George J. Mitchell, this was the largest and most high profile event across Western US to celebrate the 20th anniversary of the Good Friday Agreement.

The event was moderated throughout by the exemplary Catherine Heenan, newsreader from Kron 4 television news who orchestrated a fantastic discussion throughout.

For his remarks, Consul General of Ireland, Robert O’Driscoll spoke of how, the Good Friday Agreement was the culmination of vision, leadership and hard work, even when it seemed agreement was not possible. The Consul General also outlined Ireland’s objectives with regard to Brexit and how the Government is ensuring that the hard won gains of peace in Northern Ireland over the last 20 years is protected. He also discussed how we are very fortunate to have so many US elected representatives interested in Ireland and in Irish affairs and he thanked the elected representatives who were present at the event, including Bill Brough, Assemblyman for California’s 73rd District in State Assembly who also delivered remarks.

The UK Consul General, Andrew Whitakker, said he was honoured to celebrate the 20th anniversary alongside Senator Mitchell and the Consulate of Ireland and underlined the UK’s Government commitment to upholding the Agreement. 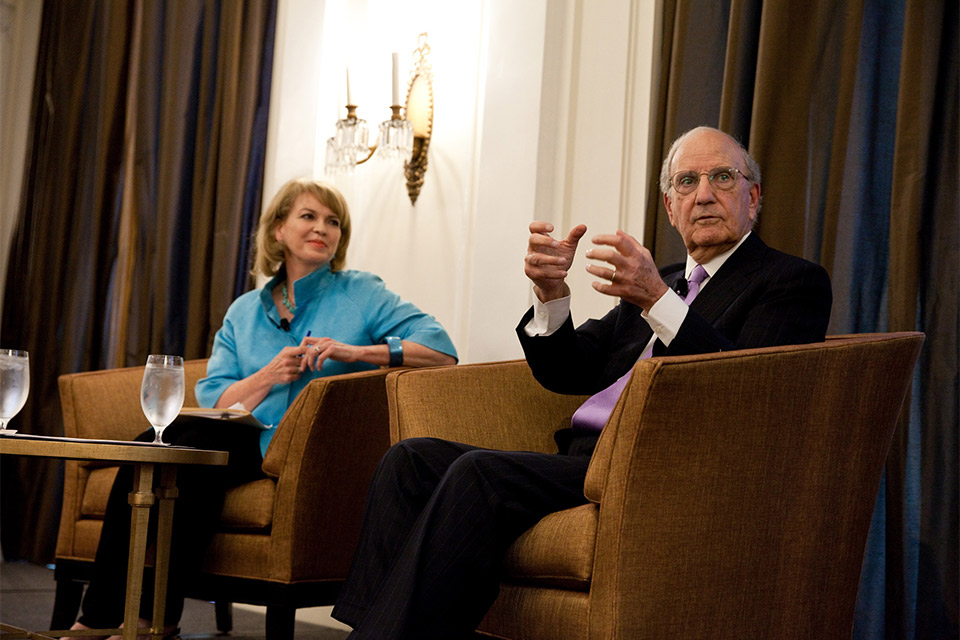 For the keynote address, Senator Mitchell delivered a very touching and personal account of his experience chairing the Northern Ireland talks that led to the Good Friday Agreement. He described how without the courage shown by the political leaders in Northern Ireland at that time, there would be no agreement. His insightful reflections on the challenges to achieving peace and the importance of upholding the letter and spirit of the Agreement still resonate strongly today. 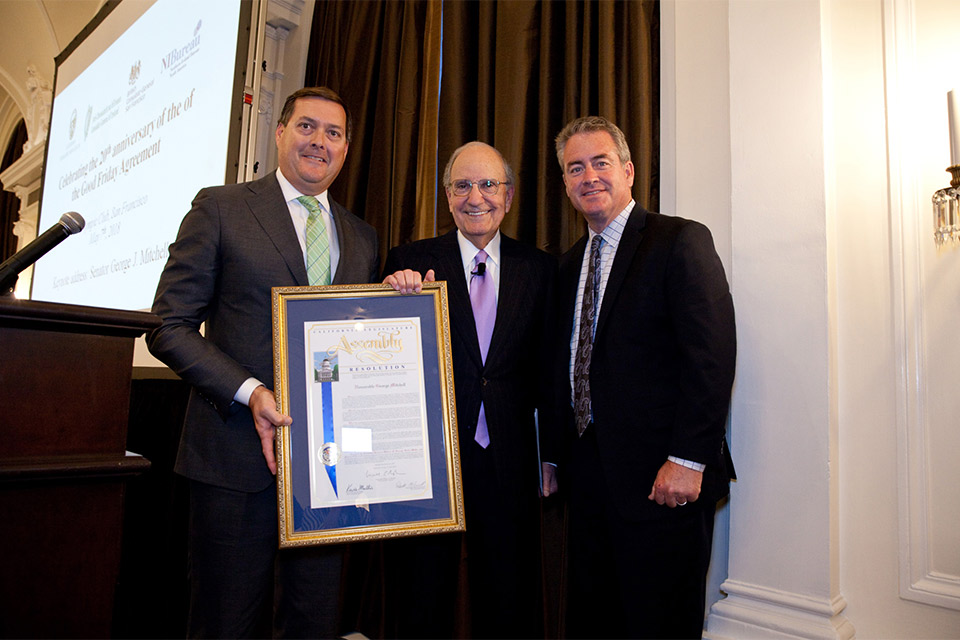 The Consulate would like to thank everyone who attended, for sharing in and being part of such a special occasion.

Our second newsletter of September 2020 gives information on our imminent office move, an update on Brexit, and we say goodbye to a departing colleague

As the summer recedes and we move towards Autumn (or the Fall!) we are pleased to share details of a very busy month of cultural events ahead in which the Irish community is participating.

In our August newsletter, we reflect on the legacy of the primary architect for peace on our island, John Hume, after his passing. We also have news of a creative collaboration we are undertaking with another giant- Van Morrison, one of the all-time greatest Irish musicians.

Book of Condolences for the late John Hume

We have opened a virtual Book of Condolences for those who wish to share their sympathies with the family of John Hume at condolencebookSF@dfa.ie. The messages will be gathered and shared with his family.

Our guide to Irish citizenship

Many people living in the Western USA, in California, Alaska, Oregon, Idaho, Montana, Wyoming, Washington state, Hawaii, Utah, Nevada, Arizona, New Mexico, Colorado, who are of Irish ancestry have contacted Consulate general of Ireland San Francisco to enquire about passports, FBR, citizenship, through their parents and grandparents. This online seminar with FAQs answers these questions

Our second newsletter for the month of July featuring up to date information on the response to Covid-19 in Ireland including up to date travel advice; a collection of cultural pieces; the unveiling of President Higgins' official portrait at Áras an Uachtaráin, our latest 'Ireland in the West' feature and more!

Our fourth newsletter sets the scene for our virtual Pride celebrations.

In our first June newsletter, amongst others, we focus on resources for children during these unsettling times.

Consulate General of Ireland Newsletter, 22 May 2020

Consulate General of Ireland Newsletter, 8 May 2020

Change in operations of public office in response to 'Shelter in Place' ordinance.

NOTICE: Information and Advice on COVID 19

The Consulate General of Ireland in San Francisco is accepting applications for the Promotion and Outreach fund, which is used to promote Ireland’s interests in the Western United States[1]. The fund provides modest levels of financial support (up to $1500 USD) for events and activities in 2020.

Travel Information for those travelling to the International Friendly Women's Soccer - Republic of Ireland vs. USA in Pasadena, California Saturday, August 3, 2019.