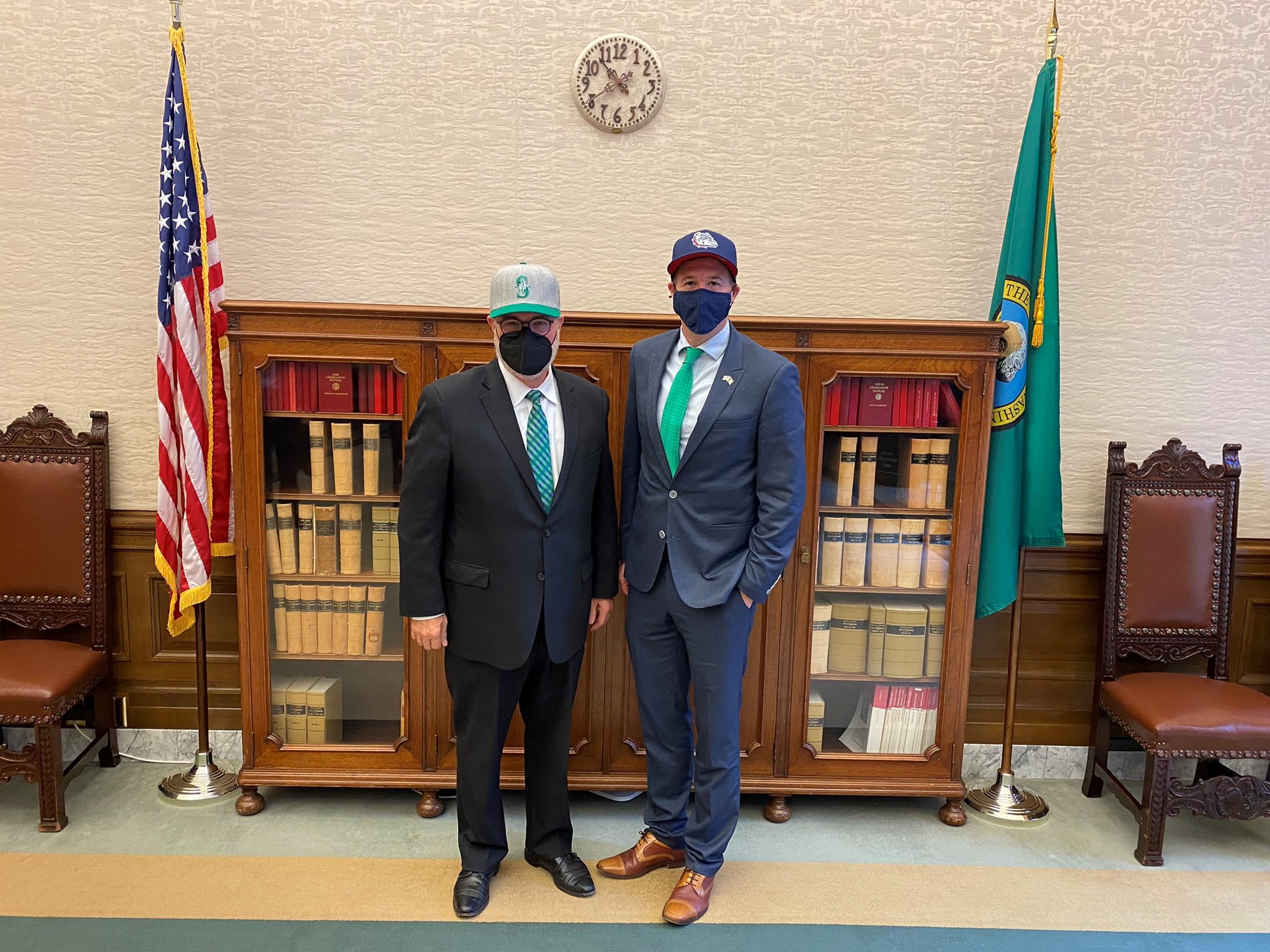 Consul General Robert O’Driscoll made his first trip to Seattle since the start of the COVID-19 pandemic over 21 – 24 August for a programme including engagements with the large Irish community in Washington State, political leaders and cultural promotion. John Keane, Ireland’s long-serving Honorary Consul in Seattle supported the Consul General throughout the visit. 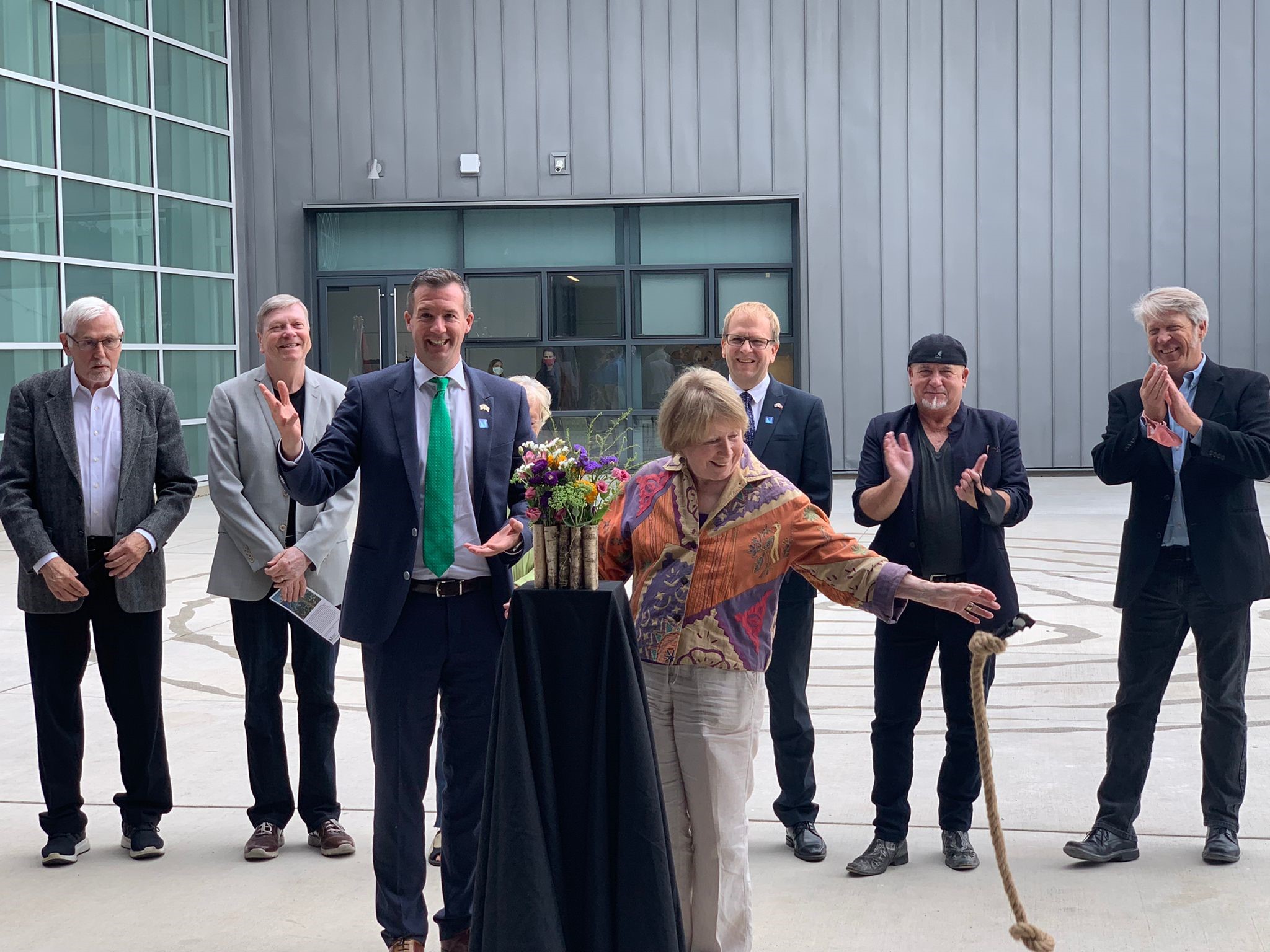 The visit kicked off with the opening ceremony of the new Labyrinth at National Nordic Museum in Ballard where Consul General O’Driscoll spoke alongside King County Council Member Jeanne Kohl-Welles and other dignitaries. The Consul General spoke about the Irish connection to the Labyrinth and the historic connections between Ireland and the Nordic countries. What began with the first Viking arrivals in Ireland in 795AD and has developed today into dynamic and modern relationship, built on shared values and the promotion internationally of human rights, gender equality, open economies, innovation and education. 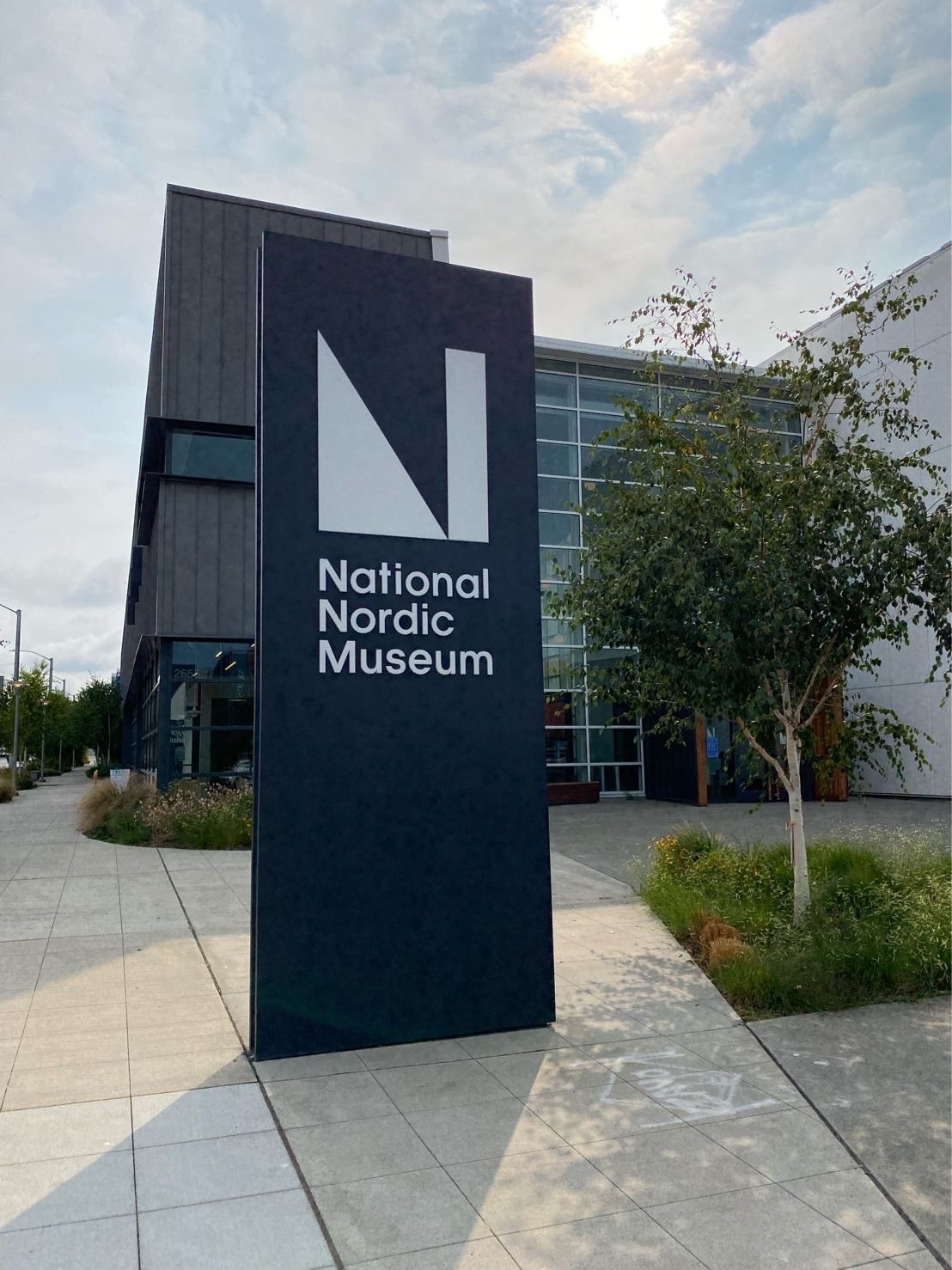 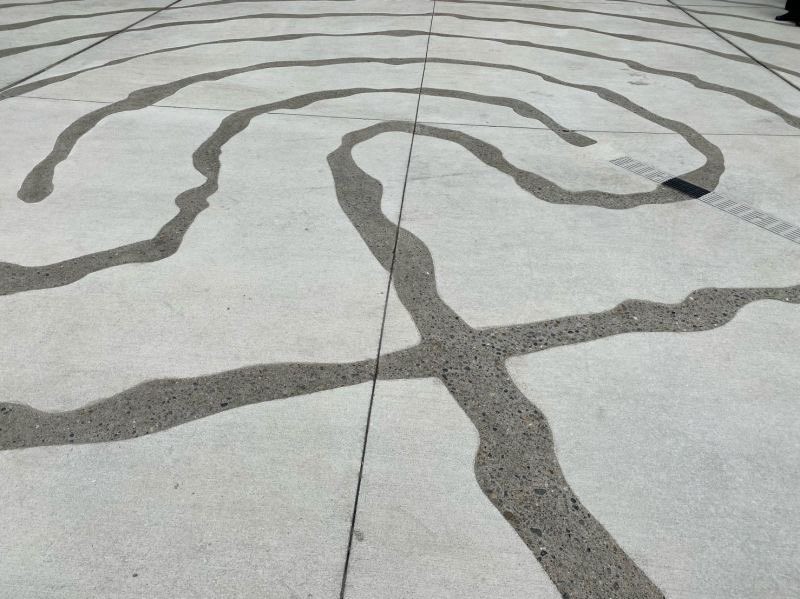 On Sunday the Consul General attended a Community Picnic in Kirkland hosted by the Seattle Irish Heritage Club. Approximately 800,000 people in Washington State identify Irish as their primary heritage. The picnic was a moment of reconnection for members of the community set against the backdrop of Irish music, hurling and football. The Irish Heritage Club are a strategically important partner for the Consulate in the Pacific Northwest and reflecting this the Government of Ireland has provided $60,000 to support the activities of the club and its affiliates in Washington State over the last 4 years.

The following Monday, the Consul General met with the Lieutenant Governor of Washington State, Denny Heck, with an agenda that included economic ties between Ireland and the Evergreen State, the COVID-19 pandemic and building back better and other international issues. Enterprise Ireland, the Government of Ireland’s venture capital arm supporting indigenous Irish businesses, opened a new office in Seattle in 2019. IDA Ireland, the Government of Ireland agency with responsibility for supporting companies scaling internationally into the European Union through Ireland, opened a new office in Seattle earlier this year. In what was a highlight of the trip, the Consul General was gifted a with Gonzaga University baseball cap and in turn gifted the Lieutenant Governor with a Seattle Mariners cap from the 2019 Irish Heritage Night at T-Mobile Park.

In preparation for the appointment of a new Cultural Attaché in Ireland’s Consulate General in Los Angeles, Consul General O’Driscoll met with Interim Acting Director Calandra Childers from Seattle’s Office of Arts & Culture. The new Attaché will have responsibility for building cultural ties between Ireland and Western U.S. Seattle, also known as the Emerald City, enjoys a vibrant and dynamic cultural scene, the values of which resonate strongly with contemporary arts and culture in Ireland offering huge potential for future partnerships.

Washington State is hosting two Fulbright Scholars from Ireland this year- Dylan Lynch at the University of Washington who is researching how proteins interact with each other and how these interactions affect gene regulation; and Richard Hogan at Antioch University Seattle who is researching how to promote inclusion in the Irish and American educational system. The Fulbright Awards Programme is an excellent driver of cultural and educational exchange between Ireland and the United States. There are currently more than 54 Irish Fulbright Scholars studying throughout the US. The Consulate is delighted to host Fulbright Scholar Richard Hogan for our Virtual Speaker Series on September 24th at 9:00am.

On the final day of his visit, Consul General O’Driscoll and Honorary Consul Keane visited Whidbey Island to meet with the Irish community there and to visit the Maylor Headstone. The headstone belongs to Mary Maylor, wife of Samuel Maylor. Samuel, who in 1861 was heartbroken by the death of his wife Mary, spent a year in Victoria waiting for a ship to Ireland. Samuel eventually sailed around Cape Horn and back to Ireland where he had the headstone inscribed in Cló Gaelach- an old Gaelic script dating back to the 16th century. Samuel then brought the headstone back to Whidbey Island where it was erected in 1863 over Mary’s grave on Maylor Point. There are still Maylor family descendants living on Whidbey Island. In 2013 Honorary Consul Keane had organised a ceremony on Whidbey Island where Irish musicians played songs to remember the Maylors.‌ 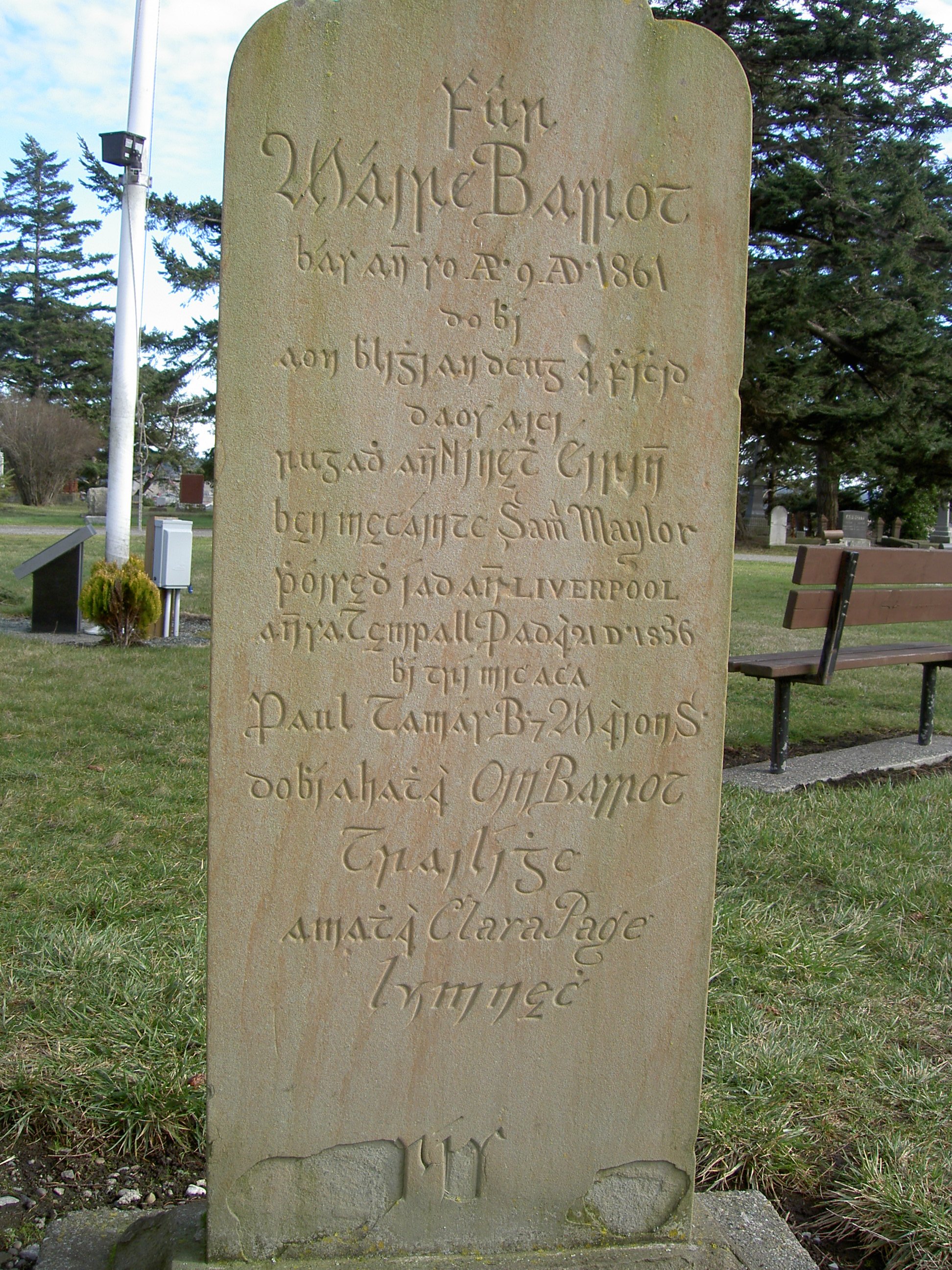 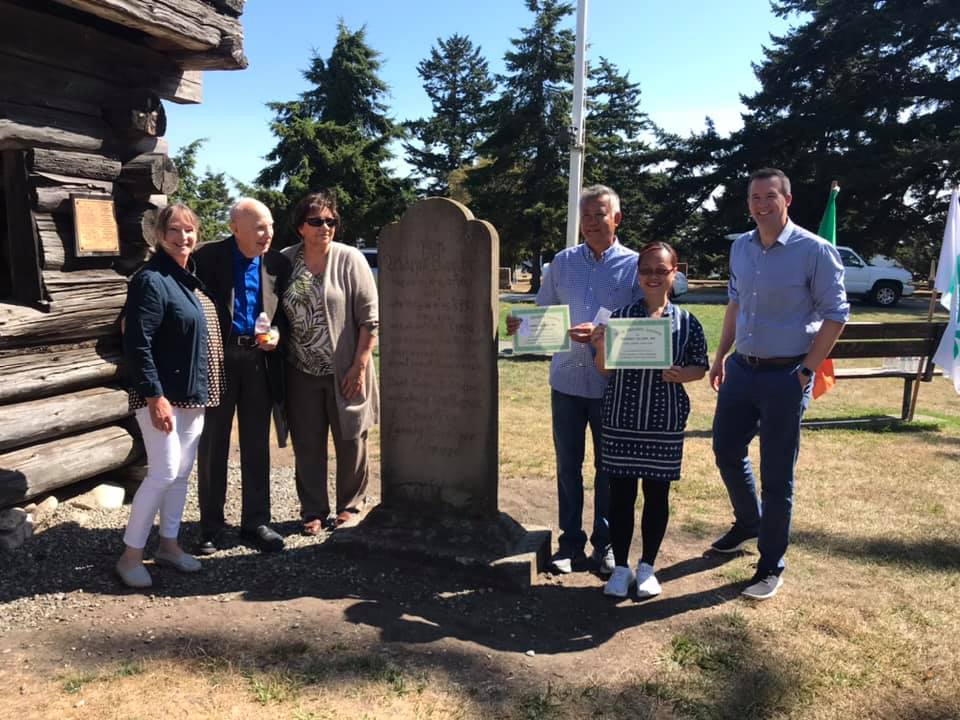 In the presence of President of the Oak Harbor Irish Wildlife Society Susan Konopik, 102-year-old Co. Laois native Fr. Bill Treacy, City of Coupeville Mayor Molly Hughes and other members of the Irish and Irish-American community on Whidbey Island, the Consul General spoke about the deep historic links between Ireland and the United States, and Ireland and Washington State. 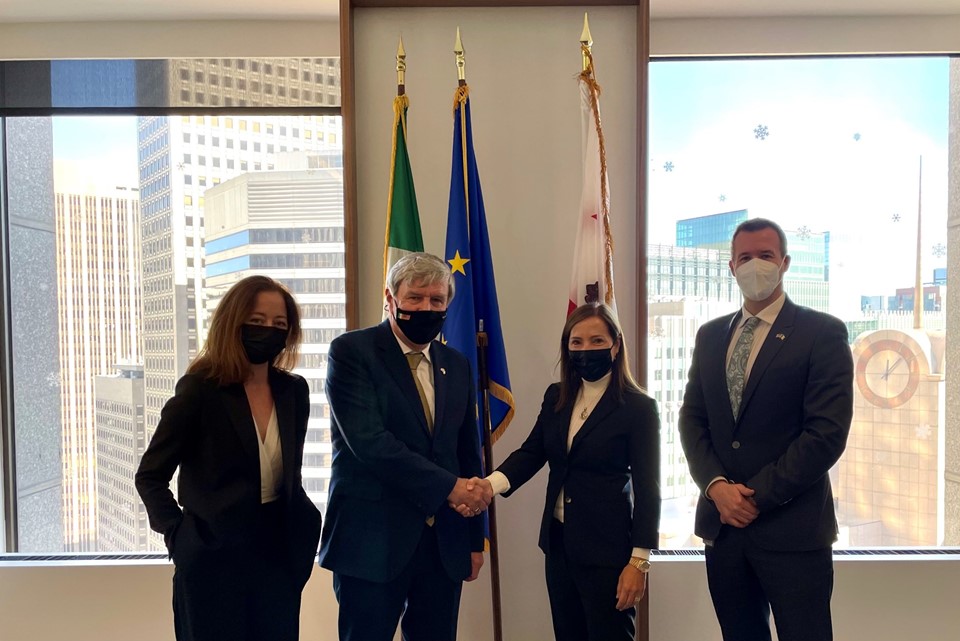 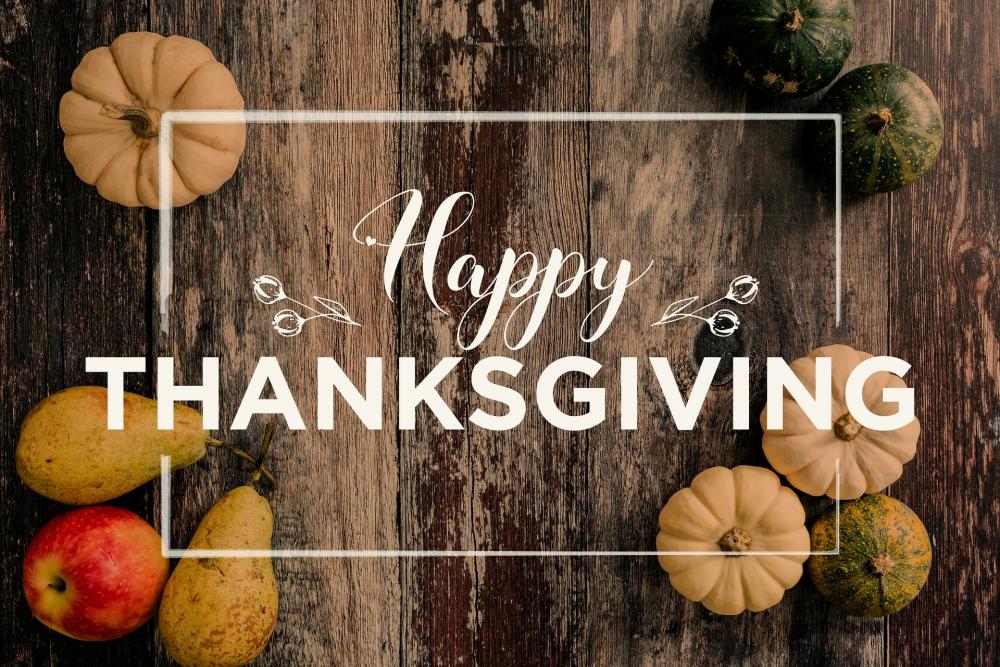