Over 1,000 young people across Uganda are learning to code

Africa Code Week is an initiative running in over 30 countries across Africa that aims to foster digital literacy and equip the continent’s rising generation of young people with job-relevant digital skills.

Here in Uganda, over 200 enthusiastic student volunteers, “Youth Ambassadors”, from the College of Engineering, Design, Art and Technology (CEDAT) in Makerere University Kampala are participating in Africa Code Week. Over the course of the programme, they will teach coding to primary and secondary level students, as well as students in vocational and teacher training institutes. Their aim is to reach over 1000 students across 10 towns in Uganda.

At the launch, Youth Ambassador Jovia Nanyonjo led a group of primary school students in demonstrating the coding skills that they are learning to the invited guests, including the Director of Education Standards, Ministry of Education and Sport, Dr Kedrace Turyagyenda; Commissioner Broadcasting Infrastructure, Ministry of ICT and National Guidance, Eng. James Kasigwa; and representatives from the partner organisations to Africa Code Week: netLabs!UG, Resilient Africa Network (RAN), HiveCOLAB, Women in Technology – Uganda (WitU) and Belgian Technical Cooperation (BTC-Uganda).

Speaking at the launch, the Ambassador of Ireland to Uganda, H.E. Finbar O’Brien, noted that the Embassy of Ireland was proud to support such an initiative as Ireland has seen first-hand the value in engaging in science and technology: “Ireland’s own economic development is testament to the power of science and technology to unlock the potential of a young population.”

Encouraging both the Youth Ambassadors and the students, Ambassador O’Brien said:

“Science and technology have the power to put millions of young African people on the path to successful careers and empower them as future citizens to participate in the sustainable development of their countries. The coding that you are learning today, and that other students across Uganda and indeed Africa will learn in the coming weeks, is the first step towards providing you with the skills you need to thrive in the digital age and to contribute to the future development of your country and the region at large. 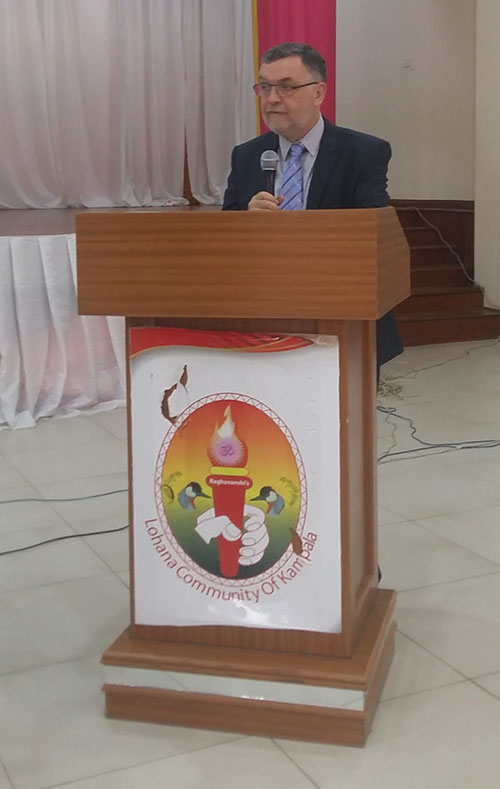