As Deputy Head of Mission in Bangkok, I had the great experience of establishing a new Embassy in one of Asia’s most exciting and dynamic cities. My first impressions on arriving in Thailand were of the many opportunities in a country that is developing rapidly, but also of the little real knowledge of Ireland among the general population – I received quite a few questions about our cold weather and volcanoes - and relatively limited knowledge of Ireland among government and key decision makers and influencers. In Thailand, reputation and relationships are crucial, and a large part of my role involved developing relationships which would enable us to raise Ireland’s profile there.

To fully exploit the opportunities in sectors such as education and tourism I worked closely with Thais who had a connection to Ireland, including Thai alumni of Irish universities who were keen to help the Embassy promote a country that they spoke so highly of. The Embassy also arranged visits to Ireland for Government officials, representatives of the media, and the Thai Board of Trade. Developing relationships and building a profile in a new country takes time and a presence on the ground makes all the difference.

It was a rewarding experience to be there at the beginning of that process. We were one of three new Irish diplomatic missions that had recently opened in the region, and although being first on the ground can be challenging, the support and camaraderie between Bangkok, Hong Kong and Jakarta made the experience even more enjoyable. 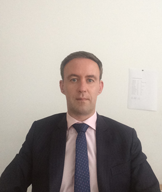 Department of Foreign Affairs and Trade