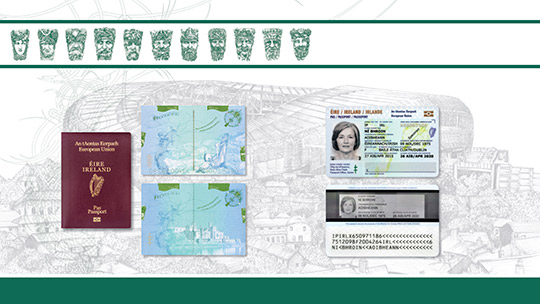 In 2016, our Passport Service issued almost three quarters of a million passports to Irish citizens, both at home and through our network of Embassies and Consulates abroad.  This level of demand reflects Ireland’s growing population as well as the fact that more and more Irish citizens are travelling abroad every year. In fact, over 15% of the Irish citizens who applied for a passport in 2016 were resident outside the island of Ireland at the time.

The Department has worked hard to ensure we provide a reliable and efficient passport service to meet the needs of our growing and increasingly widely dispersed citizenship.  In 2016 we began a programme of innovation and reform that, over three years, will fundamentally re-design the way in which Irish citizens can apply for passports. The innovation and reform programme will also deliver a more efficient, predictable and citizen-focussed passport service.

A major milestone in improving customer service and delivering efficiencies has already since been reached with the launch of the Online Passport Application Service [insert hyperlink] in March 2017. It allows adult citizens to renew their passports online, no matter where in the world they are based.  By 2019, we envisage that this service will be available to all Irish citizens, including children and people applying for their first passport.