Since 2012, we have hosted a series of commemorative lectures at the Headquarters of the Department of Foreign Affairs and Trade at Iveagh House in Dublin. Each lecture recalls a significant event in our history, not as an end in itself but as a starting point for reflection on the future.

The inaugural lecture, delivered by Northern Ireland First Minister Peter Robinson, considered on the life of Edward Carson, born in Dublin a short distance from Iveagh House, and reflected on Irish unionism and its place in our political life today. An invited audience, representing a broad range of political views and key individuals involved in preparations for the decade of commemorations were welcomed by the then Tánaiste and Minister for Foreign Affairs and Trade, Eamon Gilmore, who reflected on the significance of the evening’s gathering:

“It is particularly fitting that the First Minister has agreed to deliver the address for the first major commemorative event organised by the Government. His participation is a testament to the importance both the Irish Government and the Northern Ireland Executive attach to a joint approach to commemorative activities”.

The lecture was preceded by a panel discussion between Prof. Paul Bew and Prof. Michael Laffan, moderated by Dr. John Bowman, on the legacy of Edward Carson.

In the second lecture in the commemorative series, , the then Governor of Maryland, Martin O’Malley, recalled the visit of President John F Kennedy fifty years ago and reflected on Irish American relations. The lecture, entitled “The Kennedy Lecture: Reflections on Ireland and America”, was preceded by a panel discussion, moderated by broadcaster Ryan Tubridy, with Loretta Brennan Glucksman, Chair of the American Ireland Funds, and Professor Joe Lee, to examine the impact on Irish America of Kennedy’s election as President as well as the impact of his visit to Ireland at the outset of a decade of great change for the country.

As we approached the 20th anniversary of the landmark Declaration signed at Downing Street on 15th December 1993, former UK Prime Minister Sir John Major delivered a lecture at Iveagh House on British-Irish relations, giving his personal insight into the negotiations leading to the Declaration and recalling his warm relationship with the Taoiseach of the day, Albert Reynolds. 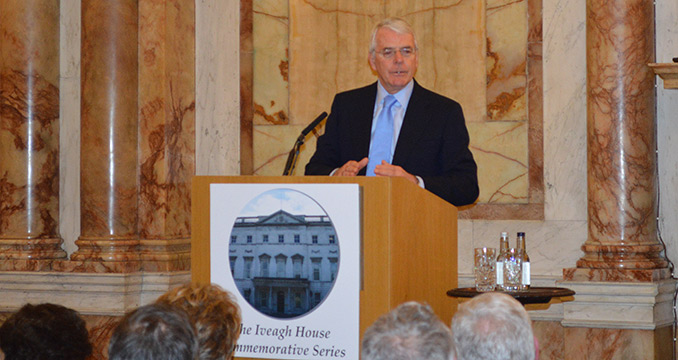 The US civil rights movement and its global legacy was the topic of the address by Congressman John Lewis, who delivered the fourth Iveagh House commemorative lecture. The event also doubled as the inaugural Frederick Douglass/Daniel O’Connell memorial lecture. Congressman Lewis drew on the unique relationship between Daniel O’Connell and Frederick Douglass and their common cause of abolitionism and also on the inspiration taken by activists in Northern Ireland from the US civil rights movement in remarks which illuminated his own lifetime devotion to non-violence and reconciliation.

In December 2014, the former President of Ireland, Professor Mary McAleese, in the fifth lecture of the series, reflected on the centenary of the Christmas Truce of 1914, when troops along Western Front – including soldiers from Ireland – laid down their arms in a temporary ceasefire. It is one of a number of events organised by the Department to commemorate the First World War. Guests, who included British Foreign Secretary Philip Hammond, were welcomed by Minister for Foreign Affairs and Trade, Charles Flanagan TD. 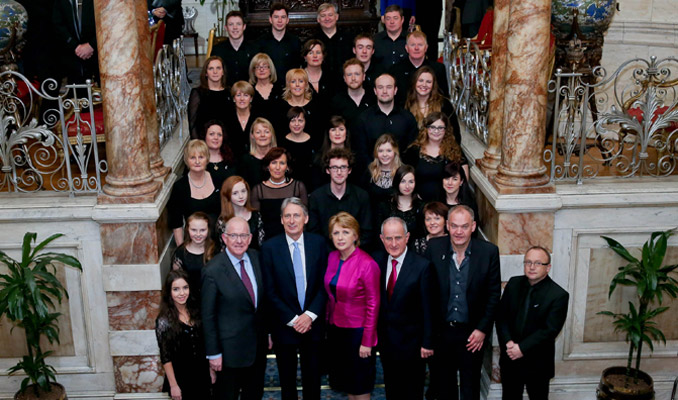 Explore the full collection of Iveagh House Lectures from 2012 onwards.