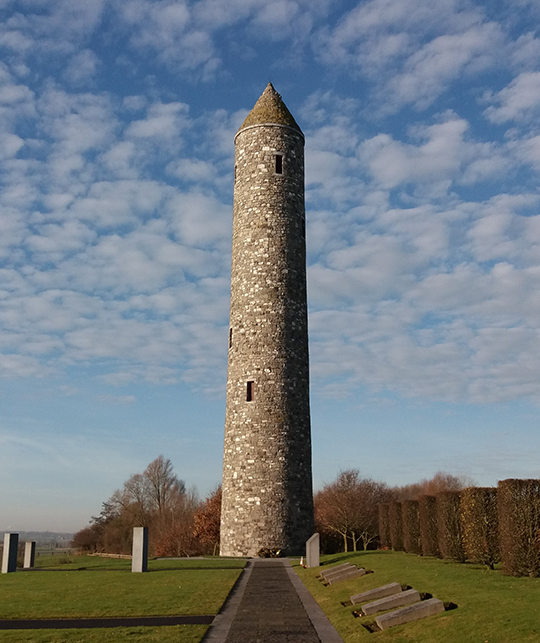 The ceremony reflected on the engagement, side by side, of the 36th (Ulster) Division and the 16th (Irish) Division at the Battle of Messines Ridge, the remembrance of which has become an important symbol of reconciliation on the island of Ireland.‌

Expressions of interest are now being sought from individuals interested in attending the ceremony at the Island of Ireland Peace Park, Messines, at 14.00 on 7th June 2017.

Priority will be given to the relatives of those who participated in the battle and persons who can provide demonstrable evidence of a particular interest in or link to the commemoration of the Battle of Messines Ridge, in a context of reconciliation.

Given the likely level of interest in attending this ceremony, entrance cannot be guaranteed to all who apply and tickets may be issued through a ballot system.

In order to register your interest in attending you are kindly asked to submit your details in a query below. You will then be contacted by email to complete an expression of interest form.

Further information on logistics and directions for the ceremony will follow in due course but guests are reminded that given the solemn nature of the commemorative ceremony, suitable attire will be required.

APPLICATIONS OF INTEREST ARE NOW CLOSED FOR THIS EVENT.