The Irish Embassy on 15 March hosted a reception at the Ambassador’s residence for the Irish community and invited guests from Government, civil society and the private sector. Honourable Samuel Batson Tembenu S.C, Minister of Justice and Constitutional Affairs, was the Guest of Honour. Guests were able to experience Ireland’s rich culture through food, drink, and music played by an Irish band. 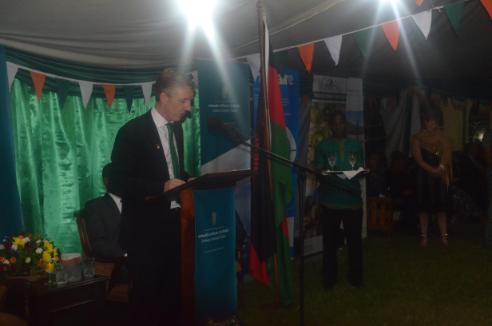 Addressing the event, H.E. Gerry Cunningham, Ambassador of Ireland to Malawi, told guests that St. Patrick’s Day is celebrated by more people in more countries than any other national day, including by the Irish diaspora in Malawi. He celebrated the deep and growing ties between Ireland and Malawi, including the contributions made by the Malawian diaspora in Ireland.

Noting the shared commitment to multilateralism of Ireland and Malawi and the important contributions that both countries make to UN Peacekeeping Operations, the Ambassador said:

“Like Malawi, Ireland is also committed to, and proud of our contribution to the UN. In particular we have a unique record of 60 years unbroken peacekeeping service with the UN… Ireland co-chaired the successful outcome to the negotiations on the Sustainable Development Goals. This week Ireland in New York is again chairing the UN Commission on the Status of Women.”

Ambassador Cunningham went on to say:

“Last year Ireland announced its candidature seeking election to one of the five non-permanent seats at UN Security Council from 2021. Our history and our previous record at the Security Council demonstrates our approach built on empathy, partnership and independence.” Ambassador Cunningham assured guests that, if elected, “Ireland will not lose any opportunity to advance the cause of small states or Least Developed Countries.”

The Ambassador also highlighted the recent launch of Ireland’s new policy on International Development, A Better World, which builds on Ireland’s reputation for providing high quality aid, untied, in the form of grants rather than loans; and focused on the poorest countries particularly in Sub-Saharan Africa.

Ambassador Cunningham highlighted some key successes of the current Irish Aid programme in Malawi, including the roll out of electronic cash transfers to vulnerable households in Balaka and Ntcheu, the success of the piloting of the National Registration and Identity Card, and the development of 56 varieties of climate resistant and nutritious varieties of legumes, cereals, roots and tubers in partnership with the Ministry of Agriculture and CGIAR Centres.

Finally, the Ambassador announced that the Government of Ireland has jointly approved a €700,000 investment in Valid Nutrition to construct a new factory in Malawi, which will build on Malawi’s reputation as a high quality producer of Ready to Use Therapeutic Foods and providing additional employment for Malawians.

Joint statement on the current political situation in Malawi 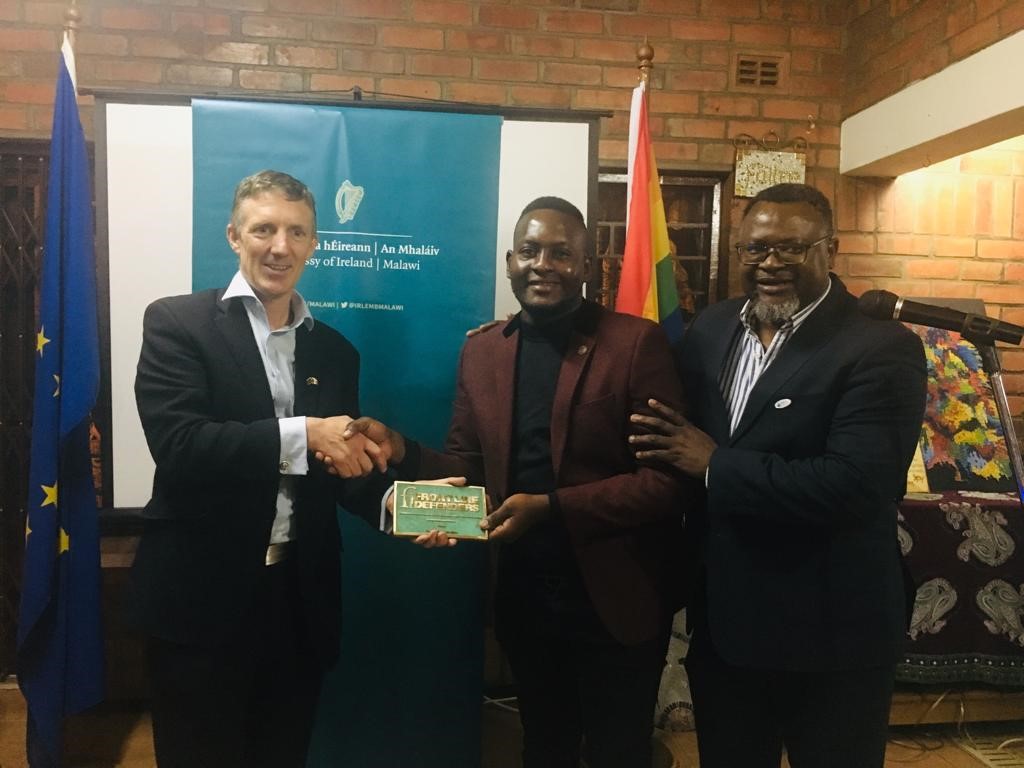 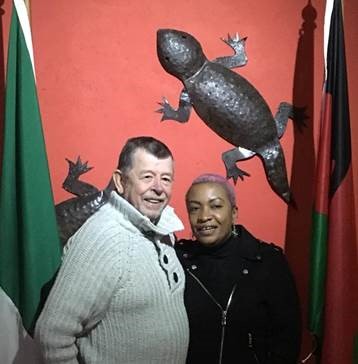 Joint statement on the current political situation in Malawi

A select number of organisations have been invited to submit candidates for the 2020-2021 Ireland Africa Fellows Programme.

Malawian organisation Nyasa Rainbow Alliance was awarded the international human rights prize at a reception hosted by the Embassy of Ireland.

After 18 years of exemplary service to Irish citizens, Ireland’s Honorary Consul General in Blantyre, Seán O’Neill retired at the of June 2019.

The March 2019 floods brought devastation to many parts of Malawi, but an active and committed village civil protection committee with a strong female leader demonstrates the value of communities being able to anticipate, prepare for, and respond to disasters.

LUANAR students, through funding provided by Irish Aid, are contributing to the fight to end malnutrition in all its forms.

Changes to the way visa fees are paid came into effect on 1 May. This information note contains further details on how to apply for a visa to travel to Ireland.

Leave no one behind: Ireland supports affordable and clean energy for all

Clean cookstoves are an important adaptation and mitigation strategy for rural women in Malawi.

The Irish Government has directly allocated some MWK615 million (€750,000) in response to the recent flooding in Malawi.