Minister Charlie Flanagan’s address on the National Day of Commemoration 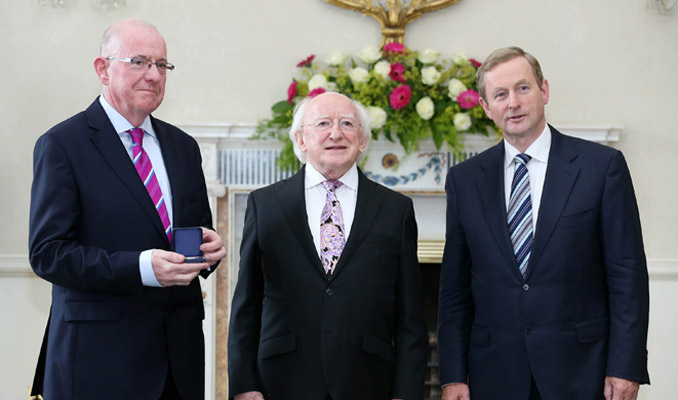 On one of his first formal engagements as Minister for Foreign Affairs and Trade, Minister Charlie Flanagan addressed the Diplomatic Corps at the National Day of Commemoration, Sunday 13 July.

Ambassadors representing over 80 countries were in attendance,  a number of whom flew from London for the occasion.

The annual National Day of Commemoration Ceremony, to honour Irishmen and Irishwomen who died in past wars or on service with the United Nations, was held in the Royal Hospital Kilmainham. Ceremonies were also held at seven locations across Ireland.

The ceremony in Dublin was attended by the President, the Taoiseach, the Government and the Council of State, as well as members of Dáil and Seanad Éireann, the Diplomatic Corps, the Judiciary and Northern Ireland representatives.

Also in attendance were the next-of-kin of those who died in past wars or on UN service and a wide cross-section of the community, including ex-servicemen’s organisations and relatives of the 1916 Leaders.

“This year is the centenary of the outbreak of the First World War. A war which would claim more Irish lives than any other...

For Ireland, it is an extremely important dimension of a decade of centenaries taking in some of the most dramatic and consequential events of our history – including the Great War, the 1916 Rising, the War of Independence and the Civil War.”