Mr Liu is a member of the Communist Party Politburo Standing Committee and First Secretary of the Central Secretariat of the CPC. He is one of the most senior Chinese leaders to visit Ireland.

Mr Liu Yunshan visited Ireland from 15-17 June at the invitation of the Government, following on from the Strategic Partnership agreed during the Taoiseach’s visit to China in 2012.

He met the President, the Taoiseach, the Tánaiste, and Ministers Bruton, Quinn and Tom Hayes, and signed a Memorandum of Understanding with Minister Deenihan on establishing a Chinese cultural centre in Ireland.

Mr Liu visited the Guinness Storehouse, Powerscourt, the Phoenix Park, and a family farm in Wicklow. He also visited companies involved in Ireland-China trade and investment. 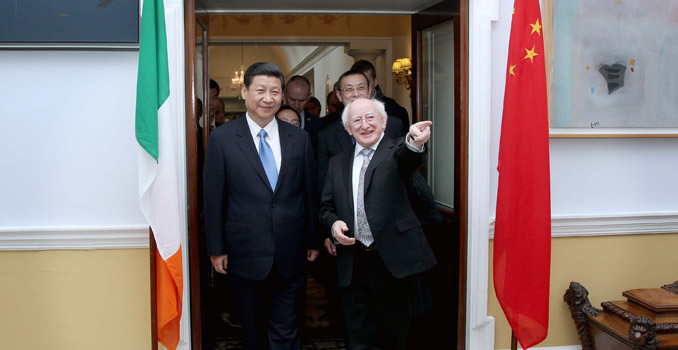