Ireland once more celebrated its valuable links with the continent of Africa through the annual Africa Day celebrations.

Ireland once more celebrated its valuable links with the continent of Africa through the annual Africa Day celebrations on 25 May. Minister for Trade and Development, Joe Costello TD, and Ambassador Anas Khales of the Kingdom of Morocco, welcomed thousands of people to a family fun day in Farmleigh Estate in Dublin’s Phoenix Park. 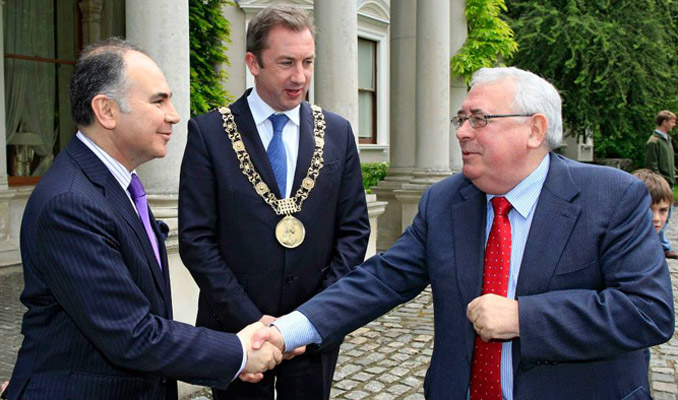 Africa Day falls on 25 May each year and is celebrated internationally to mark African diversity and success, and the cultural and economic potential of the continent.

Driven by the Africa Strategy, launched in 2011, Ireland’s relationship with African countries is becoming broader and deeper across its political, economic and development cooperation aspects and exchanges in areas such as trade, investment and people-to-people links will continue to increase in the coming years. In 2013, total trade between Ireland and African countries totalled €2,249m, with exports from Ireland increasing by over 17% between 2012 and 2013.

Since 2008, the Department of Foreign Affairs and Trade through Irish Aid has organised a programme of nationwide events to mark Africa Day, celebrating Ireland’s relationship with the African continent. This year, a number of events were held nationally including concerts, workshops, panel discussions and parades, with the flagship event in Farmleigh estate, Dublin drawing a crowd of 27,000.

At the launch of the Farmleigh event, Minister Costello said:

“Africa Day celebrations are a great opportunity for Irish and African communities to celebrate African cultures and traditions and to reflect upon our maturing relationship, which is increasingly focused on politics, democracy and trade.

“The theme for Africa Day 2104 is ‘Partners for Growth’. Building targeted partnerships with Governments and communities in a range of different countries in Africa is the key to our shared success.”