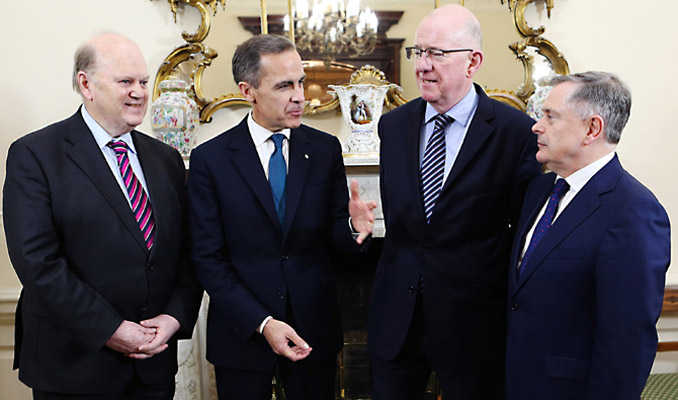 In his address, the sixth in a series of commemorative lectures at the headquarters of the Department of Foreign Affairs and Trade, Governor Carney shared his thoughts about how he sees Britain’s, Europe’s and the world’s economy from his viewpoint as Bank of England governor in an address entitled, Fortune favours the bold.

Minister Flanagan welcomed Governor Carney to Iveagh House, saying that the late Jim Flaherty was a proud Irish-Canadian and a great friend to Ireland during its difficult years and that we were honoured to have another proud Irish-Canadian deliver an Iveagh Lecture in Jim’s honour.

Jim Flaherty’s contribution to Ireland is reflected by the posthumous awarding of a Presidential Distinguished Service Award by President Higgins late last year.

Among the guests, were representatives from the Canadian and British business communities, as well as their respective Ambassadors.

Before the lecture, the Minister for Finance, Michael Noonan, delivered a warm tribute to the late Mr Flaherty. 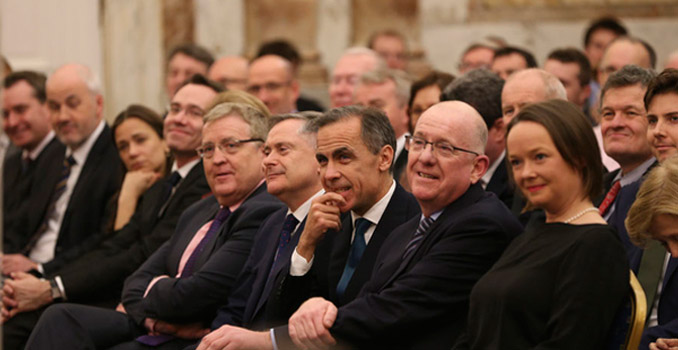