We need politics in Belfast to inspire again – Minister Flanagan 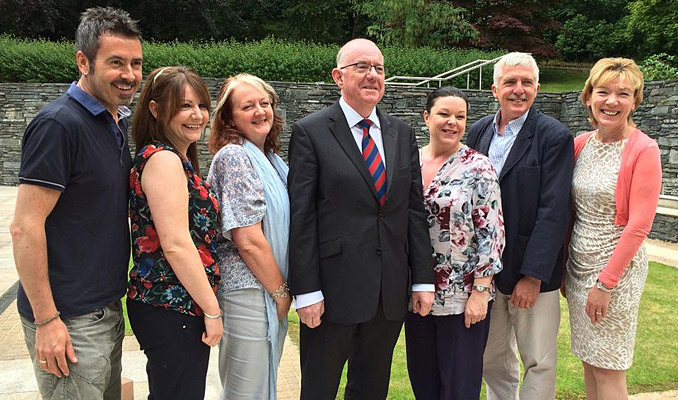 Minister for Foreign Affairs and Trade, Charlie Flanagan, TD has said that “serial brinkmanship” must be replaced by generous, courageous and effective partnership government in Belfast. Minister Flanagan made the comments during Dáil Statements on Northern Ireland where he concluded a debate on events at Ballymurphy and Legacy Issues on behalf of the Government.

We need politics in Belfast to inspire again – Minister Flanagan

Minister Flanagan, along with the Taoiseach and Tánaiste, had met with many relatives of the victims of events at Ballymurphy prior to the debate. The Minister was speaking just over a year since taking up his post as Minister for Foreign Affairs and Trade, a year which he said “has been defined by strenuous efforts to resolve longstanding issues, meet newer ones head on, and to keep Northern Ireland on track towards a prosperous and reconciled future.”

It was clear then, as it is now, how high a priority Northern Ireland is for this Government

“The message I received from the North’s leaders last July was clear. They were in the midst of a profound political crisis that they felt unable to resolve. They told me that the machine of devolved government was broken and they could not fix it alone. I was told by at least three parties that an intervention by the two Governments was required. In September, First Minister Peter Robinson publicly called for governmental involvement to resolve the crisis, and within a few weeks Secretary of State Villiers and I had convened the Stormont House talks.”

“The Good Friday Agreement provides the framework for the totality of relations - both in Northern Ireland, and across these islands. This Government is committed to ensuring that the institutions established under the Agreement deliver the effective leadership and governance that a society emerging from conflict needs. We entered the Stormont House talks with this key objective in mind.”

A vision for the future

Minister Flanagan said: “I have visited Northern Ireland 20 times over the past year. The focus of my visits has gone beyond political negotiations. I have attended commemorative events and met with community and business leaders and civil society on the ground. I know that the desire for political progress, genuine reconciliation and economic renewal runs deep. Next year Ireland will mark the centenary of the 1916 Rising, the centrepiece of this Decade of Centenaries. Next year we will also mark the centenary of the Battle of the Somme. 100 years on from 1916 we are a democracy that has stood the test of time. We have experienced violence, grief and tragedy on our island. We have weathered economic storms that caused untold damage to our communities. We have survived each crisis and emerged ever stronger. We have worked to build peace and reconciliation in Northern Ireland and will continue to do so in order that all parts of this island’s community can realise the full potential of peace and stability.”

“At so many points in the last twenty years, Northern Ireland too has proven that politics can inspire; when individuals and groups have gone beyond their comfort zone to shift society and politics onto a more positive, transformative track; and when former opponents have put differences aside to work together for the common good. We need politics in Belfast to inspire again.” 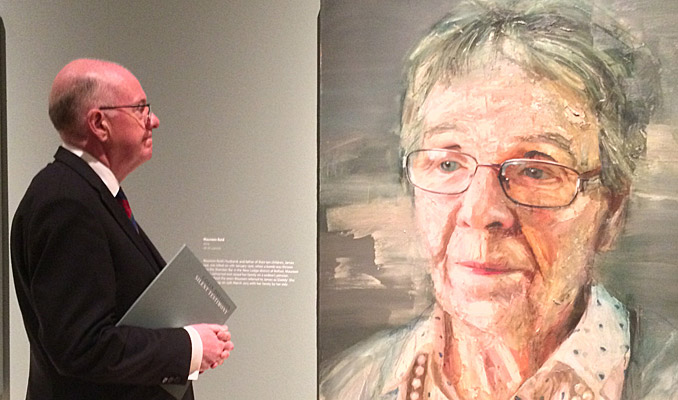 Dealing with the Past

On dealing with the legacy of Ballymurphy and other events, Minister Flanagan said:

“Indeed, the motion on Ballymurphy passed today by this House is a timely reminder that for thousands of families across this island, the past and its legacy have not been consigned to history. They live on in their daily struggle to find truth and justice. I am deeply conscious that these families are relying on us all – the Government, the North’s Executive Parties and the British Government – to implement the Agreement to give them the best chance of getting what has been owed them for too long.

“To this end, the Government has done everything in its power to ensure the total implementation of the Agreement. Real progress on the legislation needed in both jurisdictions to establish the framework for the past has been made. We have fulfilled many of our financial commitments under the Agreement, including the allocation of €5m to the International Fund for Ireland and the disbursement of over €1.5 million since the start of this year from my Department’s Reconciliation Fund. And we have provided every support possible to Northern Ireland’s leaders as they have struggled to find a way forward on complex financial and budgetary challenges.”

An Taoiseach, Enda Kenny, also spoke on Northern Ireland. On dealing with the past an Taoiseach said:

“How we deal with the past will help to determine the pace and the prospects for a reconciled and thriving society in Northern Ireland. Finding a way to do that which honours the lives of all those who were lost and that comprehends all who have been left behind has been a long and difficult process.”

In his address to the Dáil, Minister Flanagan emphasised the role that the Stormont House Agreement can play in addressing many of the most painful legacy cases from The Troubles but he warned that for that potential to be realised, strong political leadership was needed:

“I believe the comprehensive framework envisaged in the Stormont House Agreement for dealing with Troubles-related deaths offers the best path towards dealing with that terrible legacy. The Agreement among all the Northern Ireland Executive parties and both Governments on the establishment of that framework represented a major breakthrough on an issue that has been so divisive for so long.”

What Northern Ireland needs is generous, courageous and effective partnership government in Belfast

Minister Flanagan said that no agreement can solve problems in and of itself but instead an agreement gives guidance and the tools to fix things. Individuals must show leadership and strength of will to make this vision a reality. Solutions were needed to serious challenges that could be surmounted, the Minister informed the Dáil. The Irish Government’s support would be unwavering but political leadership was required in Northern Ireland.

“The support of the Irish Government to reach workable solutions to the benefit of the people of this island as a whole remains unwavering.”