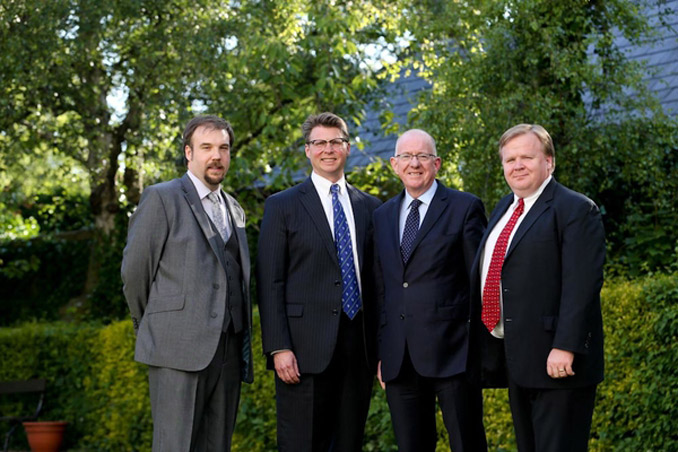 Apart from World War I, more Irish engaged in the American Civil War than any other war in history

In commemoration of the 150th anniversary of the American Civil War and in recognition of the involvement of the Irish in the war, Professor Patrick Griffin of the University of Notre Dame delivered a lecture at Iveagh House. The Civil War influenced the development of modern America, and its causes, consequences, and legacy remain topics of contemporary debate in the United States, a nation that remains a key global partner of Ireland.

Apart from World War I, more Irish were engaged in the American Civil War (1861 – 1865) than any other war in history. Approximately 200,000 Irish-born immigrants and an even greater number of American-born citizens of Irish descent participated in the war. The Irish fought for both the Confederacy and the Union, with the great majority fighting on behalf of the Union. Distinguishing themselves on the battlefield, around 146 Irish-born men received the Congressional Medal of Honour, America's highest military honour.

On 9 June 2015, Minister of Foreign Affairs and Trade Charlie Flanagan welcomed Madden-Hennebry Professor and Chair of the Department of History at the University of Notre Dame Patrick Griffin to give an address entitled ‘Ireland, the Irish, and Civil War America.’ Professor Griffin placed the Irish contribution during the war in the broader context of the Irish contribution to America since its independence and described the efforts of the famed Irish Brigade, including the 'fighting' 69th New York Infantry regiment as well as lesser-known units such as the Philadelphia Irish Line. These units fought to save America and thereby free Ireland. Griffin suggested that to them the creation of a free Irish republic depended on the survival of the American republic. He concluded, ‘To fight for Ireland in America was not a foreign ideal. It was as American as Apple Pie.’

Following the lecture, Damian Shiels, author and conflict archaeologist, and David Gleeson, Professor of American History at Northumbria University, offered brief responses. Both respondents have worked extensively to promote Irish interest in the Civil War and commemorate the way in which the fighting Irish established a lasting bond between Ireland and the United States. They also highlighted the impact of the fighting both on the wider Irish community in America and those they left behind in Ireland.

Moderator Ms Carole Coleman opened the floor to questions before a vocalist from the Royal Irish Academy of Music concluded the evening with a rendition of ‘The Minstrel Boy,’ a popular song during the war. 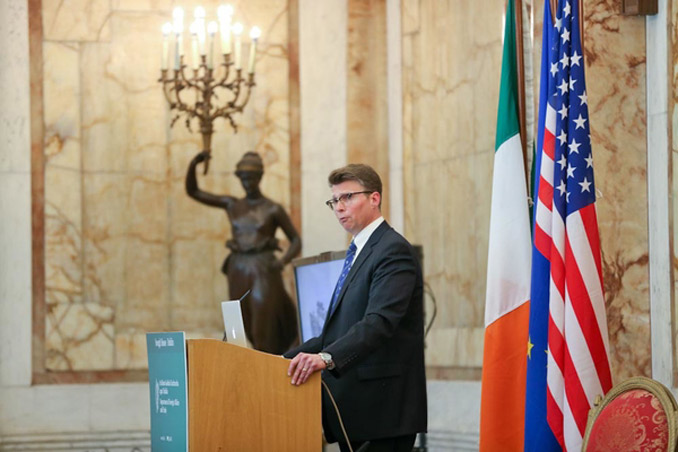