Mr Thorbjørn Jagland, Secretary General of the Council of Europe

On 29 June 2017, Mr Thorbjørn Jagland, Secretary General of the Council of Europe delivered a keynote address on the theme "The Role and Impact of the European Convention on Human Rights", as part of the Iveagh House Lecture series. 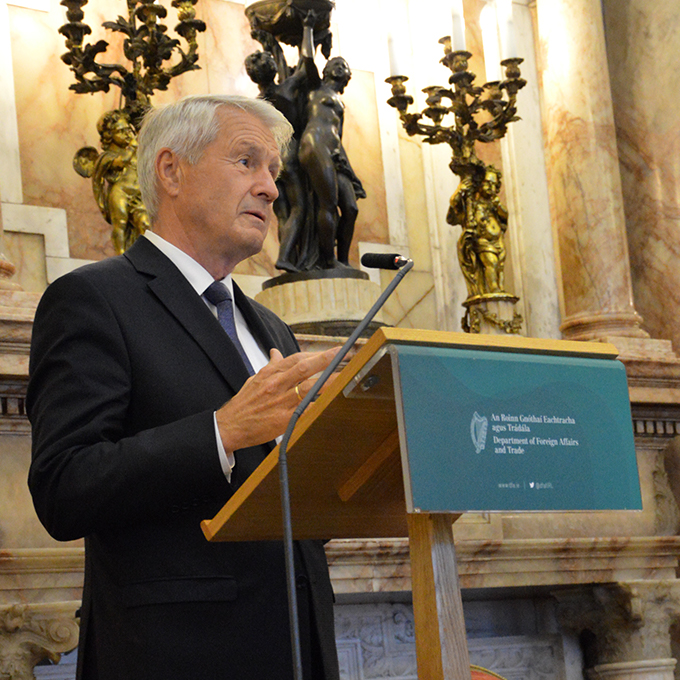 Secretary General Jagland's lecture explored the risks to human rights, democracy and the rule of law posed by the rise of populism. He called for recommitment to the values of the Council of Europe in response to this threat. In defining populism, Mr Jagland cautioned against overuse of the term as a catch-all label for political forces which challenge the status quo. Rather, he considered the defining characteristic of populist movements to be the invocation of the will of "the people" in order to put itself above democratic institutions and overcome obstacles which stand in its way.

Secretary General Jagland examined the strength of Europe's defences against the threat of populism. He assessed the health of the five "building blocks of democratic security" across Council of Europe member states; independent judiciaries, freedom of expression, freedom of assembly and association, the functioning of democratic institutions, and inclusive societies. The lecture highlighted a range of threats to these 'building blocks' across Europe including inadequate protections for journalists, restrictions on peaceful protest, hostility to NGOs and failure by Council of Europe Member States to respect their human rights obligations in responding to the migration crisis. Secretary General Jagland also expressed concern at recent challenges to the primacy of international law over national law by a number of Member States, leading to de facto questioning of the application of judgments of the European Court of Human Rights in the domestic legal systems.

The lecture was followed by a Q&A session moderated by Eoin O'Leary, Director General of European Neighbourhood and Policy Division. Questions from the floor focused on the role of human rights in ongoing conflicts and crises in Europe, the importance of civil society space and the prevention of discrimination.