Iveagh House, the headquarters of the Department of Foreign Affairs, has many stories within its walls. Explore the nooks and crannies of its beautiful architecture and artwork on this virtual tour.
Trace its history – from one of the original residences on St. Stephen’s Green South to being gifted to the State in 1939 by the Guinness family. It’s rich architectural development – Georgian, neo-Georgian to Victorian. Ireland’s diplomatic activities have been coordinated within this unique and treasured structure for the last 80 years.
Cross the doorstep…

The original house was built in 1736 by the architect Richard Cassels for Bishop Robert Clayton, an Irish Protestant bishop. After Bishop Clayton’s death, the house was known as ‘Mountcashel House’ for a period of forty years, and was home to the first and second Earls of Mountcashel. For a brief period, Iveagh House belonged to the Rt. Hon. John Philpot Curran, a parliamentarian and barrister, whose daughter, Sarah, was engaged to marry Robert Emmet, at the time of the rebellion led by him in 1803.

In 1856, Benjamin Lee Guinness, grandson of Arthur Guinness, acquired the house at a bargain price of £2,500. Three generations of the Guinness family would make it their Dublin home and revive its reputation for splendid entertainment. The creation of the modern Iveagh House began under the ownership of the Guinness family with the acquisition of the house next door, which was dismantled to allow for the expansion of the original town house. Richard Cassels’ design still survives in its main internal features, but has been boxed in on both sides and concealed behind a unified 19th century façade designed by Guinness himself along with several Georgian interior rooms. 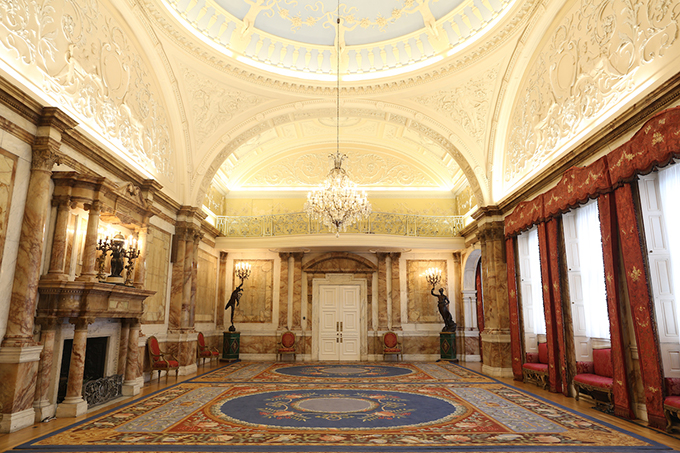 An additional series of alterations took place under the architect, J F Fuller between 1880 and 1884, which included the addition of the present splendid double-return staircase. The Ballroom, built in 1896 by the Glasgow-born architect, William Young, is considered one of the finest examples of late Victorian classicism in the country.

In the late 1930s, Rupert Edward Cecil Guinness, the second Earl of Iveagh, offered the house and its gardens to the Irish Nation. The offer was formally accepted in May 1939 and a sale of the contents of the house was held later that year. The house was officially named Iveagh House by the Government and became the headquarters of the Department of External Affairs. Building on a long tradition of society gatherings, Iveagh House continues to serve as a centre for important receptions to mark visits from dignitaries and Heads of State. 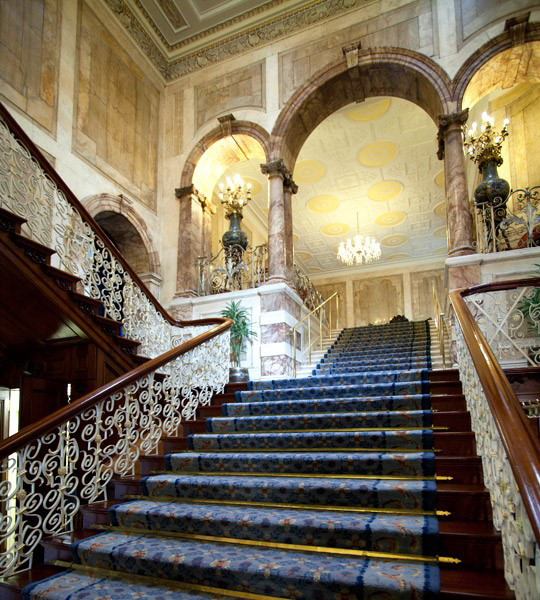