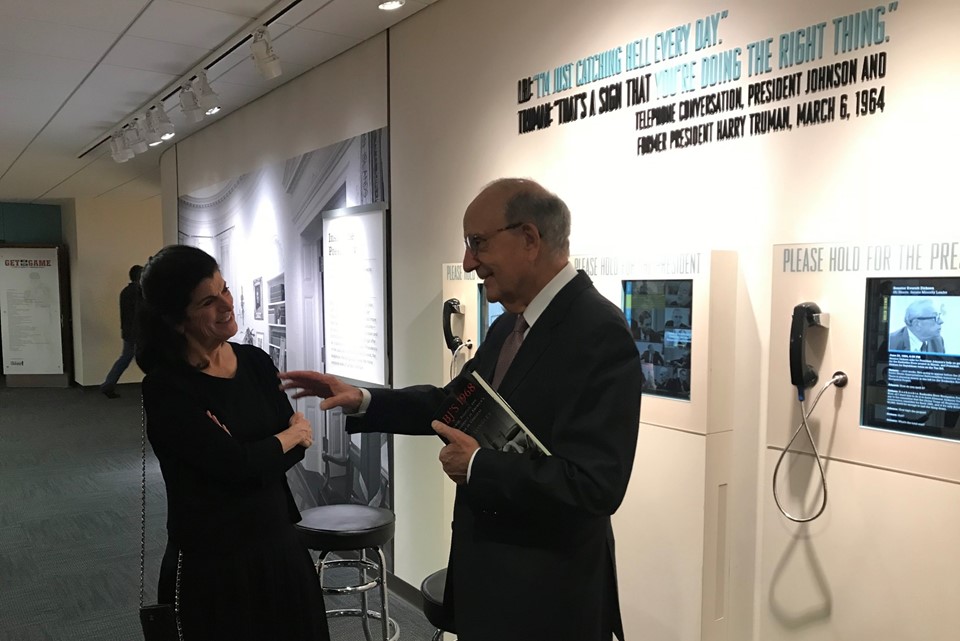 Consul General Adrian Farrell was honoured to welcome Senator George Mitchell to Austin on 19 November, 2018 to speak about the critical role he played in the negotiations leading to the Good Friday Agreement two decades ago.

The Good Friday Agreement is the cornerstone of our commitment to peace and stability on the island of Ireland. It was agreed on 10 April, 1998 and overwhelmingly approved in two referendums in both parts of Ireland in May 1998.

The event was hosted by Dean Angela Evans at the LBJ School of Public Affairs at the University of Texas in Austin. In his remarks, Senator Mitchell spoke about the important role played by the people of Northern Ireland and their political leaders during the Good Friday Agreement negotiations in 1998. Senator Mitchell’s address also focused on the importance of political courage, diplomacy, and the special relationship between Ireland and the United States.

During his stay in Austin, Texas, the Senator also visited the LBJ Presidential Library where he met with Luci Baines Johnson, daughter of President Lyndon B. Johnson. 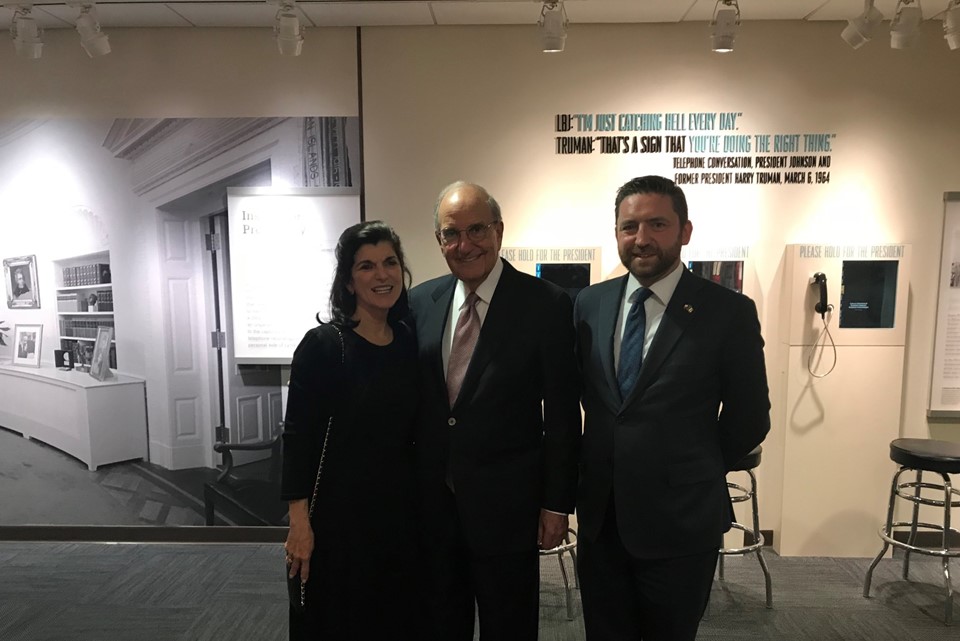 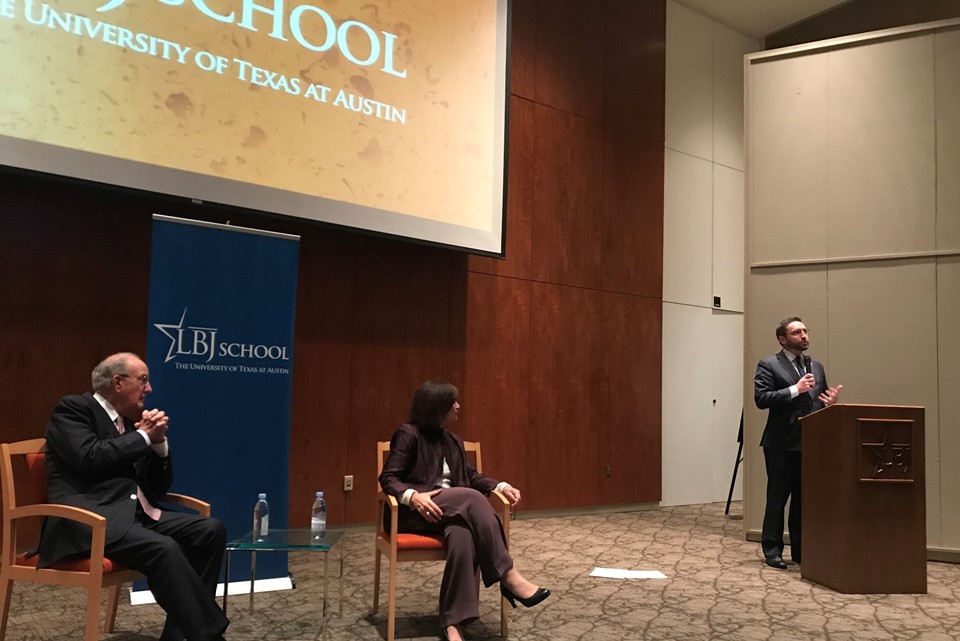 Consul General Adrian Farrell welcoming Senator George Mitchell to Austin, Texas at the LBJ School of Public Policy to mark the 20th anniversary of the Good Friday Agreement on 19 November, 2018.