The Consulate General of Ireland was delighted to work with Culture Ireland and with Irish artists, writers, musicians, actors, producers and presenters. The Consulate even branded its street-facing windows to display Culture Ireland’s Showcase in the International, Fringe and Book Festivals. 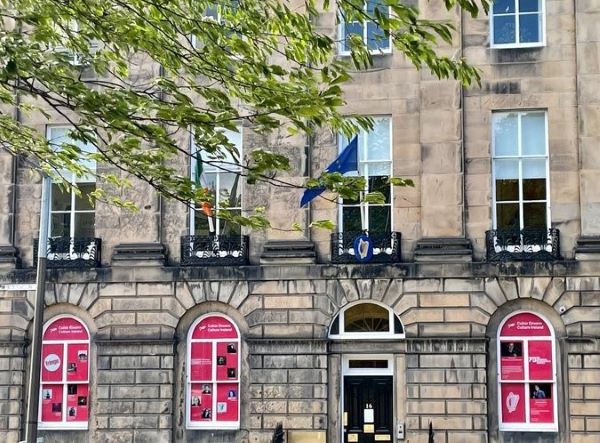 As part of its Edinburgh Showcase Programme, Culture Ireland supported two productions at the Edinburgh International Festival, including world-renowned fiddler Martin Hayes, who played to a thrilled full house at the Leith Theatre, and Gabriel Byrne’s Walking with Ghosts, presented by Landmark Productions. Adapted from his best-selling 2020 memoir of the same name, Gabriel Byrne’s one-man show was greatly appreciated over its six night run a the King’s Theatre in Edinburgh. 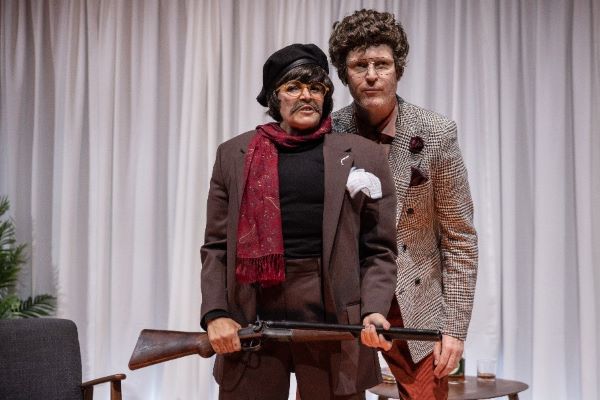 The Consulate General was delighted to present, in collaboration with the talented Rob Heaslip, Strawboys, a vibrant 20 minute performance that blurs the lines between traditional and contemporary dance and music. Taking place in Moray Feu Gardens, the performance is a unique spin on the cultural tradition of Scotland and Ireland’s Strawboys, identified by their ornate straw costumes while out rambling streets, fields, towns and parks, parading their merriment to the joy of onlookers. The Strawboys have toured in Scotland and Ireland this summer, finishing up at the Fringe. 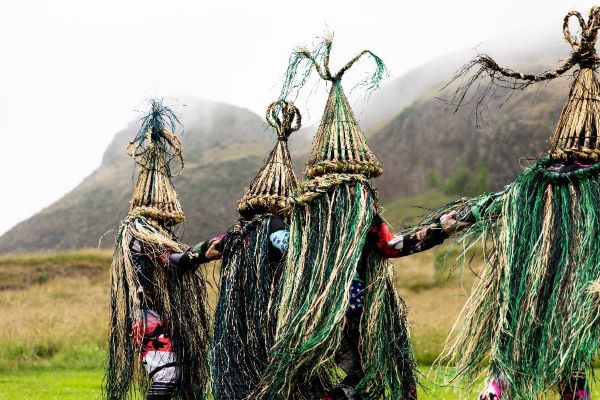 In addition to the work supported in the Culture Ireland Showcase, many Irish writers, dancers, actors, producers, comedians and presenters entertained audiences across Edinburgh in August. On the scale of an Olympic Games or a football World Cup tournament, the combined festivals in Edinburgh provide the biggest platform for the Irish arts and culture outside the island of Ireland.

We were also delighted to welcome back Ireland’s first Consul General in Edinburgh, later Ambassador in London, and just retired Ambassador in Washington D.C., Dan Mulhall. Dan took part in the Book Festival, with his Ulysses: A Reader’s Odyssey, which is a great introduction to Ireland’s and the world’s most famous novel. For those of us put off reading this famous book, in this centenary year of its publication, Dan’s book is a great guide to getting going with it.

This August, Edinburgh’s festival season returned with a flourish, following two years of pandemic induced restrictions. The Consulate General of Ireland was delighted to work with Culture Ireland and with Irish artists, writers, musicians, actors, producers and presenters.