This October, the Embassy is delighted to partner with the Royal Flim Commission, to hold the first ever Irish Film Festival in Jordan.

With thanks to Culture Ireland, the Irish Film Institute, and the Royal Film Commission, three Irish Films will be screened over three nights, at the Rainbow Theatre in Amman.

An intimate journey into the heart and soul of late Irish singer-songwriter Fergus O'Farrell, filmed over ten years by director Michael McCormack.

Róise is still grieving for her husband, two years after his sudden death. When a stray dog appears on her doorstep it takes her a while to realise who the mysterious animal is — could it be her late husband Frank? 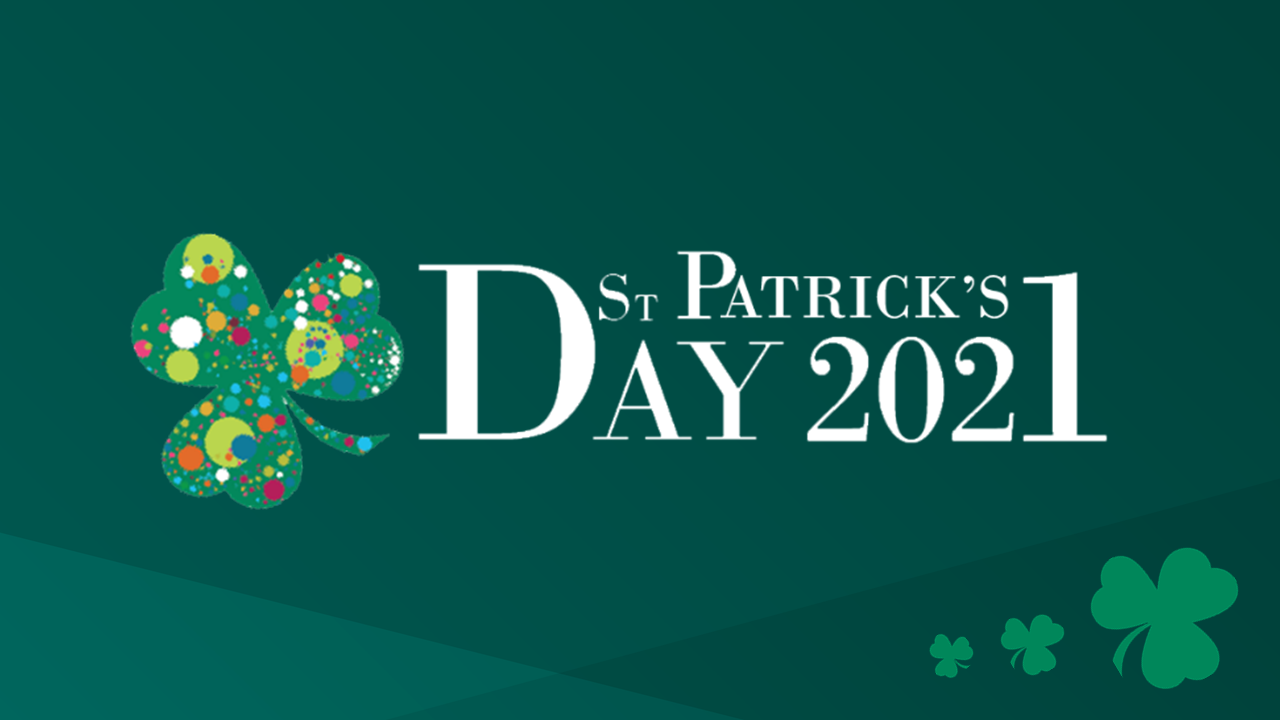 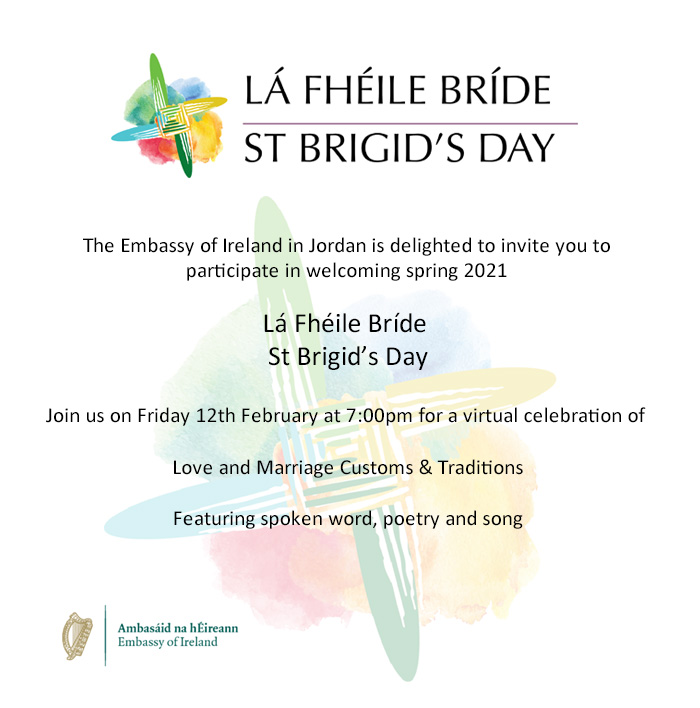 During October, the Embassy of Ireland with the Royal Film Commission will hold the first Irish Film Festival in Jordan, Irish Film Days.

A public information campaign is underway to advise those living abroad of the changes in the law, which now provides a full and clear right of access to birth certificates, birth and early life information for all persons who were adopted, boarded out, the subject of an illegal birth registration.

Update on Mandatory Hotel Quarantine for Arrivals to Ireland from Jordan

With immediate effect Saturday, 8th of May, 2021, All travellers arriving from Jordan to Ireland are no longer required to undergo Mandatory Hotel Quarantine.

Mandatory Hotel Quarantine for Arrivals to Ireland from Jordan

On Tuesday 23 March the Government of Ireland introduced mandatory hotel quarantine for arrivals to Ireland.

On March 17th each year, Irish citizens, people of Irish descent and friends of Ireland across the world celebrate St Patrick's Day, which is Ireland's National Day.

This year, the Embassy of Ireland in Jordan is marking the beginning of Spring by curating a special video, featuring poetry, song and the spoken word. Based upon the themes of love and marriage, join us in celebrating both St Brigid and St Valentine – sit back, relax, and enjoy.

On February 12th, the Embassy of Ireland in Jordan will hold a virtual St Brigid's Day / Lá le Bríde Celebration

Even though we are all restricted in what we can do to celebrate the festive season of Christmas, there are many upcoming, interesting and vibrant events that you can tune into, from wherever you are in the world.

The Embassy of Ireland is currently looking for participants for its upcoming Diaspora Project. We are seeking interested Irish and Jordanian persons, who have a story to tell - either about their time living, studying or working in Ireland, or about their experiences of being Irish in Jordan.

Embassy of Ireland engages with local development and cooperation partners

Throughout July and August, the Embassy of Ireland in Jordan continues to engage with local partners to enhance our contributions in areas such as the economic empowerment of women, increasing access to education for those with disabilities, physical challenges and autism, and assisting in conducting employment workshops.

On May 22nd, the Embassy of Ireland hosted a special virtual trad session,