UN Division for Oceans and the Law of the Sea

Ireland and the Law of the Sea

The Law of the Sea sets down a series of rules that regulate the entitlement of coastal states to maritime zones, their rights and duties within these zones and how the boundaries of each zone should be established.  As a coastal state with a long history of seafaring Ireland has played an active role in the development of these rules. 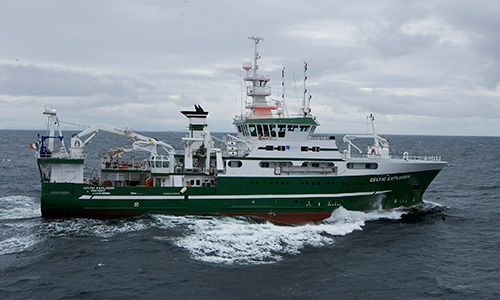 As a coastal state with a broad continental shelf, rich fishing grounds and a long coastline Ireland had a strong interest in the development of clear, comprehensive and universally accepted rules to regulate states’ rights and duties in, on and under the seas.  The Irish delegation played an active and leading role during the negotiations on the UN Convention on the Law of the Sea (UNCLOS), in particular in relation to the legal regime of the continental shelf, the rules on maritime boundaries and the status of rocks and other islands that cannot support human habitation.

United Nations Convention on the Law of the Sea (UNCLOS) was adopted at Montego Bay, Jamaica, in 1982 at the conclusion of 9 years of negotiations.   The Convention, which contains 320 articles and nine annexes, deals comprehensively with all issues relating to the use of the worlds seas and oceans and has been described as the ‘Constitution of the Oceans’. Ireland ratified the Convention on 21 June 1996.

UNCLOS sets out the rights and duties of states in different maritime zones (such as the territorial sea, the continental shelf, the exclusive economic zone and the high seas), regulates marine scientific research and exploitation of living and non-living natural resources, and makes extensive provision for protection of the marine environment.

UNCLOS established the International Seabed Authority to regulate certain activities on the seabed of the deep ocean beyond the limits of national jurisdiction, and the International Tribunal for the Law of the Sea to determine legal disputes between states.  It also established the Commission on the Limits of the Continental Shelf to examine scientific data gathered by states seeking to extend their continental shelves beyond 200 nautical miles and to make recommendations on where their outer limits should be established.

Ireland has concluded the following maritime boundary agreements and arrangements with the United Kingdom: 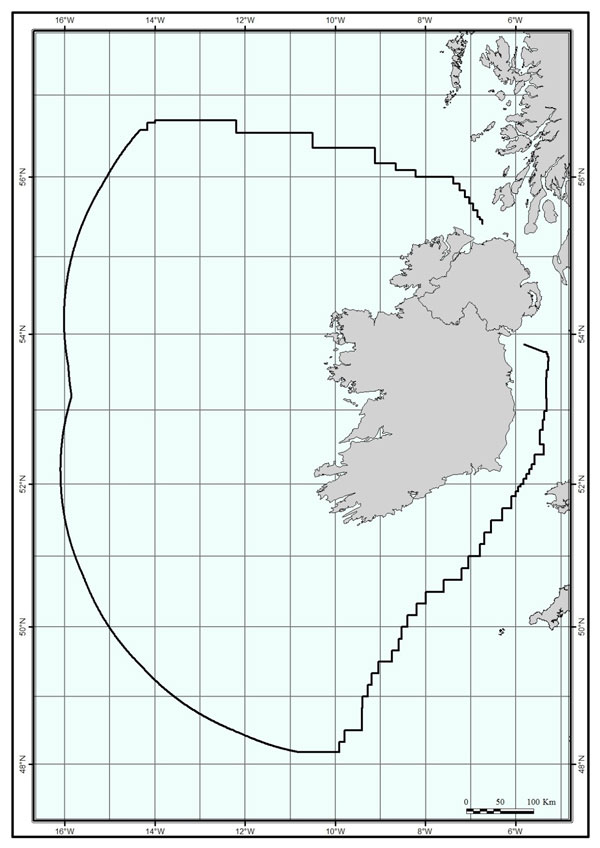 The continental shelf of a coastal state is the natural prolongation of its land territory that extends underwater, through its territorial sea, to the outer edge of the continental margin.  Geological conditions differ around the world and, depending on a coastal state’s location on the planet, its geological continental shelf may be narrow (20-30 nautical miles in breadth) or very broad, as in the case of Ireland where in places the shelf may extend up to 500 nautical miles (approx. 900 km.) from shore.

A state wishing to extend its shelf beyond 200 nautical miles must make a submission to the Commission on the Limits of the Continental Shelf.  Ireland’s continental shelf physically extends beyond 200 nautical miles to the west and south of the country and, working together, the Departments of Foreign Affairs and Trade and of Communications, Energy and Natural Resources have in all made 3 submissions to the Commission – in 2005 in relation to the Porcupine Abyssal Plain , then jointly with France, Spain and the UK for the seabed of the Celtic Sea and Bay of Biscay , and finally for the Hatton Rockall area of the North East Atlantic in 2009.

The submission concerning the Porcupine Abyssal Plain successfully resulted in the addition of 39,000 km² of seabed to the State’s continental shelf.  The Commission has also made recommendations that would enclose an area of approx. 80,000 km² of seabed in the Celtic Sea and Bay of Biscay and the division of this area is currently under negotiation between the four countries concerned.  In addition, regular discussions have taken place for a number of years between Ireland and the UK (who agreed continental shelf boundaries in 1988), Iceland and the Faroe Islands in relation to overlapping claims in the North East Atlantic.

Mr. Peter Croker, a geophysicist and then official of the Department of Communications, Energy and Natural Resources, was elected a member of the Commission for three terms between 1997 and 2012, and served as its chairman between 2002 and 2007.

The UN Convention on the Law of the Sea provides that all coastal states have the exclusive right to regulate, authorise and conduct marine scientific research in their territorial seas and exclusive economic zones and on their continental shelves.  Requests for authorisation by foreign vessels are considered by the Marine Institute in consultation with relevant agencies and Departments.  Applications for research cruise authorisation should be submitted through the diplomatic channel by the flag state of the vessel from which it is proposed to conduct research.  Further information is available from the Marine Institute.

Submarine cables laid within the territorial seas of the State require a prior foreshore consent issued by the Minister for Housing,Planning, Community and Local Government.

Anyone seeking to lay a cable on the Irish continental shelf should consult the Department of Housing, Planning, Community and Local Government to ensure that the cable’s proposed route does not interfere with current or planned uses of the seabed.

Read Statement by An Tánaiste, Eamon Gilmore T.D. on Ireland and the Law of the Sea (April 2011)

UN Division for Oceans and the Law of the Sea