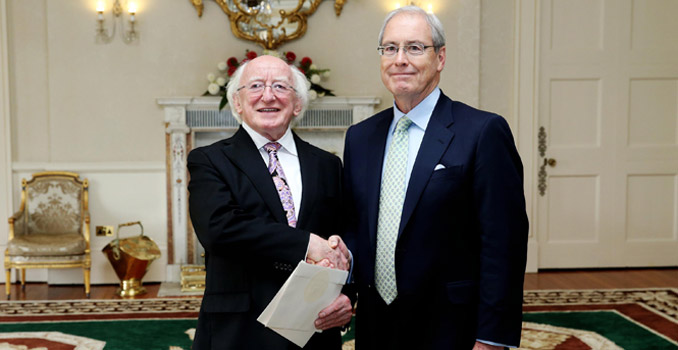 H.E. Mr. Kevin O’Malley presenting his credentials to the President 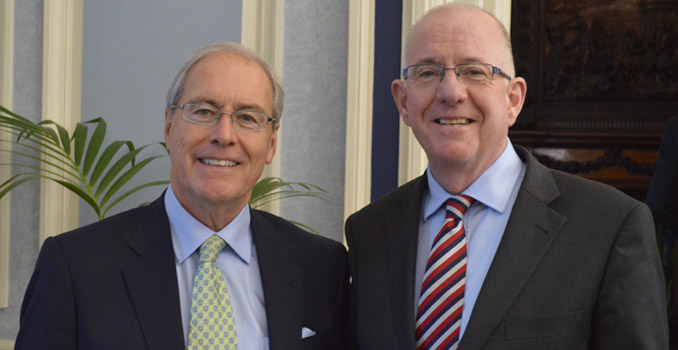 Speaking after their meeting in the Department of Foreign Affairs and Trade, Minister Flanagan said:

“Ireland has a great relationship with our friends in the USA. It is a multidimensional relationship that is characterised by friendship. During the course of our meeting, Ambassador O’Malley and I touched on many of our common priorities.

“We discussed how to further strengthen our economic and trading relationship, along with the importance of enhancing the links between the people of our two countries through cultural and educational exchanges.

“We also discussed recent developments on Northern Ireland, where the US role has been, and continues to be, absolutely crucial, especially as we prepare for talks aimed at resolving the current political impasse.

“I also stressed the importance placed on US immigration reform by the Government and explained how the issue of our undocumented citizens touches the lives of many Irish families.

“I was delighted to hold a first official meeting with Ambassador O’Malley, and to be present at his credentials ceremony with President Higgins earlier today. I was also in Washington DC for his swearing-in by Vice President Biden last week – a wonderful occasion at which Vice-President Biden spoke warmly of his love of Ireland and his Irish heritage. 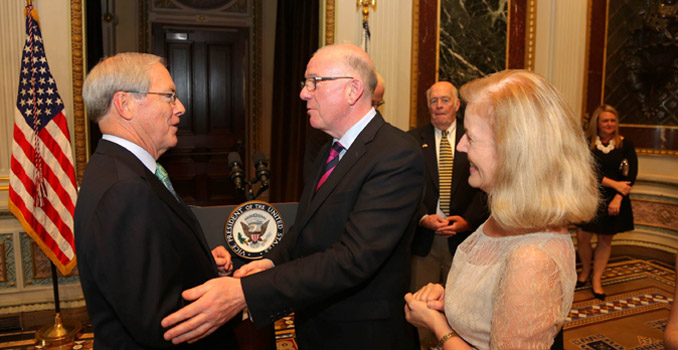 “Given the range and depth of our relations with the US and the shared priorities and goals we have identified together, I and my Department look forward to working closely with Ambassador O’Malley during his period in office”