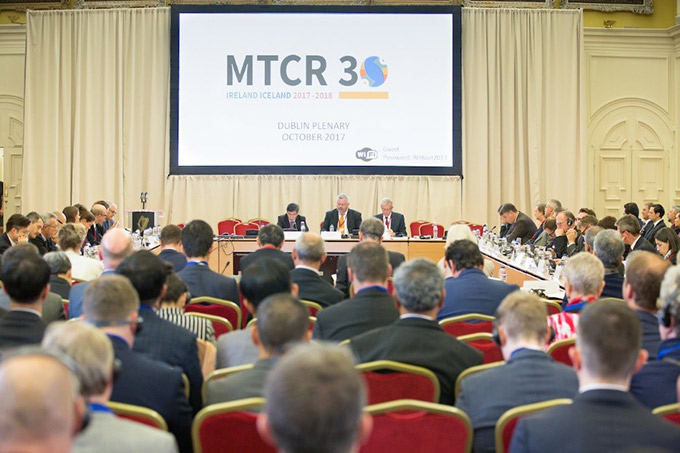 Last month more than 250 experts from 35 countries met at the Royal Hospital Kilmainham in Dublin for the 31st Plenary Meeting of the Missile Technology Control Regime (MTCR). The Plenary marked the beginning of Ireland and Iceland’s Co-Chairmanship of the regime, which will last until the next Plenary meeting scheduled for 2018. The regime promotes efforts to limit the spread of missile systems capable of delivering weapons of mass destruction. Formed in 1987, the MTCR now has 35 member countries.

Five days of planned meetings were condensed into four days when severe storm conditions across Ireland on Monday October 16th meant that the first day of meetings had to be cancelled.

However, thanks to the flexibility and diligence of the chairpersons of the meetings, and the participants themselves, the shortened MTCR Plenary week remained a productive forum for discussion on a wide range of issues related to missile proliferation. 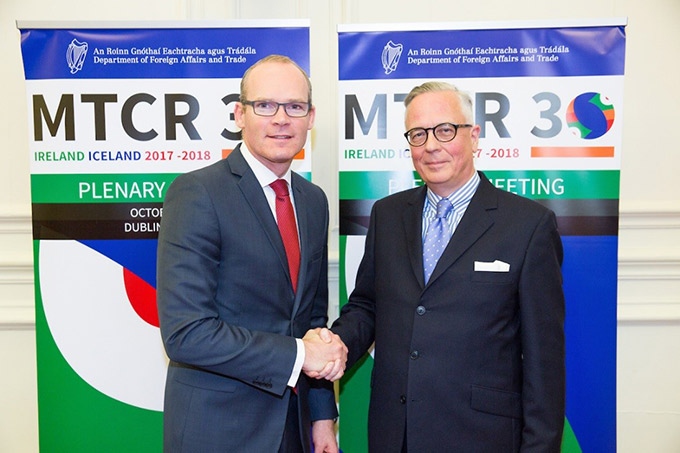 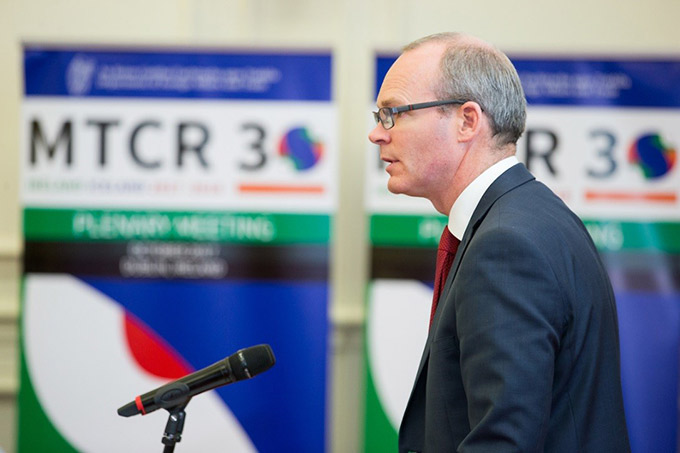 In his remarks Minister Coveney stated:

“Ireland is very proud to partner with our Icelandic counterparts and assume the role of Co-Chair for the 2017-18 Session of the MTCR… together with our Icelandic partners, we are showing ourselves ready to meet our obligations to promote non-proliferation by co-chairing the MTCR”

“In the 30 years since its formation, the MTCR has proven its worth. It has now expanded to encompass 35 partners, partners who are united in a common purpose. The spirit of cooperation has always been a feature of this regime and it is a feature that is now more than ever needed if we are to ensure our success and to continue to lead the way in terms of missile non-proliferation.”

Mr Sigurjonsson, in his remarks, highlighted the need for the MTCR to remain relevant in the face of a rapidly changing security environment, and fast-paced technological advancements.

“We as MTCR partners have a responsibility to adapt to emerging threats to our security with technical expertise, flexibility, political judgement. … We will also work to ensure that the MTCR retains its efficacy in the face of ever-evolving technical and security developments.” 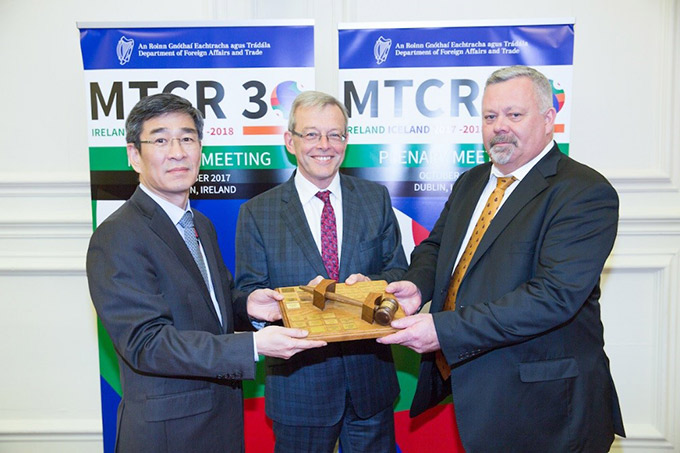 Following these statements, the outgoing Chair of the Regime, Director General Ham Sang-wook handed over the gavel to the incoming chairs – Ambassador Breifne O’Reilly from the Department of Foreign Affairs and Trade in Ireland and Minister Counsellor Bjarni Vestmann from the Ministry of Foreign Affairs of Iceland.

Over the course of the Plenary meeting delegation discussed a variety of issues including the challenges posed by Intangible Technology Transfer, Unmanned Aerial Vehicles and Regional Proliferation.

On Friday afternoon, all 35 MTCR Partners agreed a joint Public Statement by consensus, the full text of which can be found on the MTCR website. The Statement reiterates the regime’s commitment to limit the risks of missile proliferation by controlling international transfers than can contribute to delivery systems that can be used for Weapons of Mass Destruction.

Rosie Keane, the Irish National Coordinator for the MTCR supported by Andrea Wickham Moriarty, were both widely praised by delegates in their closing remarks for their exemplary organisation and oversight of the meeting. The hospitality of the Department of Foreign Affairs and Trade was also widely remarked upon, alongside the dedication and professionalism of the backroom team, staffed by 17 volunteers from across the Department, who ensured that the meetings ran smoothly throughout the week. 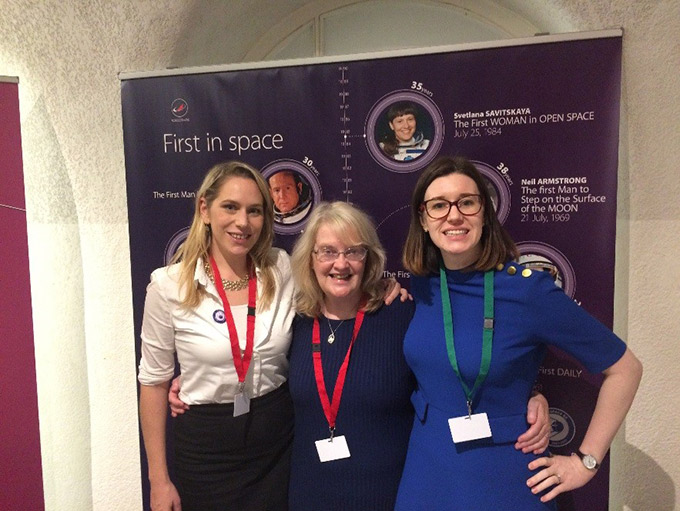 Rosie Keane, Jackie O’Halloran, Director of the Disarmament and Non-Proliferation Unit, and Andrea Wickham Moriarty at the Photo Exhibition honouring the 60th Anniversary of Sputnik. The event hosted by the Embassy of the Russian Federation in Ireland on the margins of the MTCR Plenary.

Further information on Ireland and Iceland’s Co-Chairmanship of the MTCR.