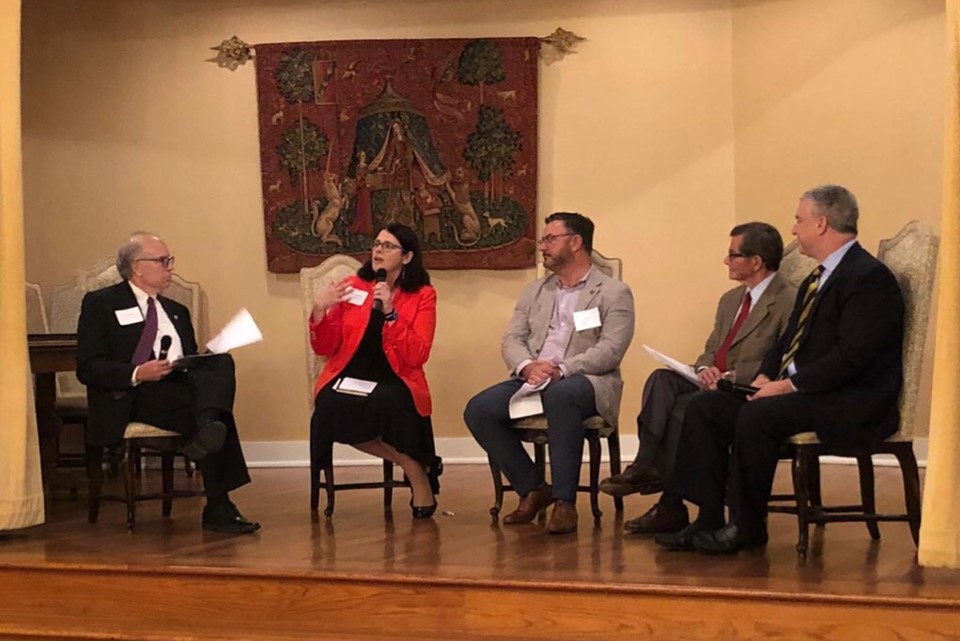 Peace Week is a series of events that are held annually in Austin between 11 September and 21 September (the U.N. International Day of Peace).

On 18 September, the Consul General of Ireland, Claire McCarthy, spoke at GlobalAustin’s Peace Through Diplomacy event and spoke about “A Better World”, Ireland's new policy for international development.

A number of members of the Irish community in Austin joined GlobalAustin for the “Peace Through Diplomacy” event with thanks to the support of the Irish Network Austin and the Celtic Cowboys Sports and Social Club. 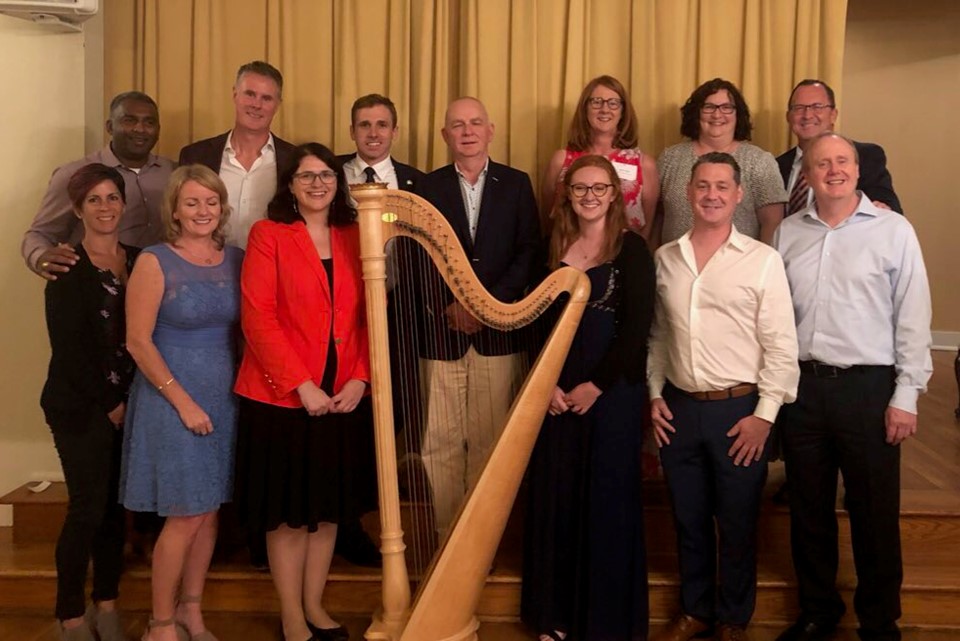 Irish community at the GlobalAustin Peace through Diplomacy event on 18 September.

On 20 September, the Consulate General of Ireland attended a gathering at Austin City Hall to mark Peace Week. Following the event, we welcomed a group of students from Texas A&M San Antonio to the Consulate as part of their preparations for an upcoming Model United Nations program. 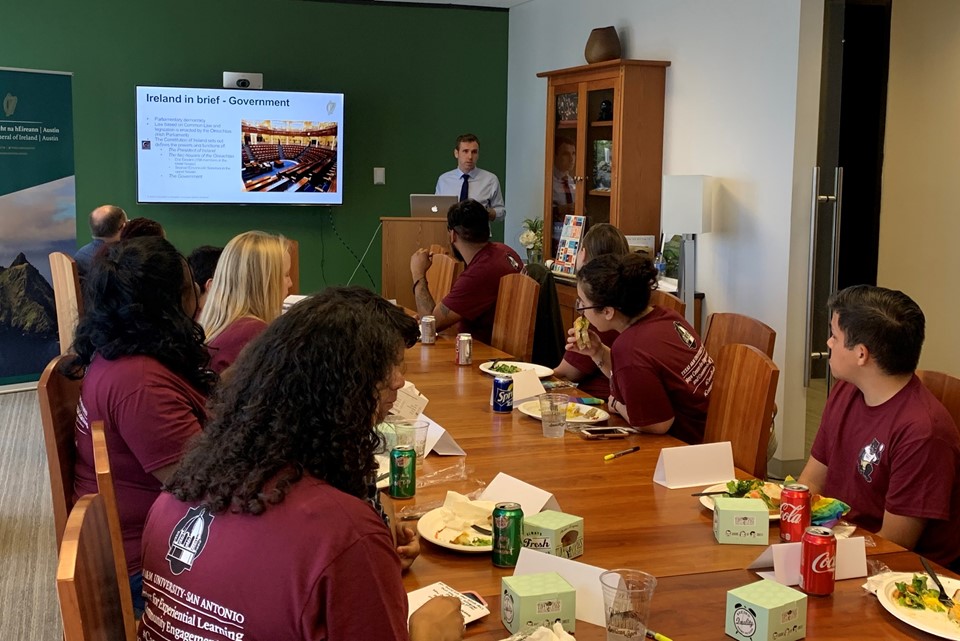 Students from Texas A&M San Antonio at the Consulate General of Ireland on 20 September.

The Peace Week Austin programme concluded on 21 September, the U.N. International Day of Peace, with an event organized by the Austin Chapter of the United Nations Association. The “Pathway to Peace” event featured a number of art performances and poetry readings from different international and cultural groups in Austin.