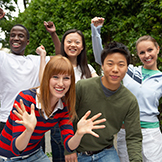 Speech by the Minister for Justice, Equality and Defence, Alan Shatter TD, at the Universal Periodic Review, 6 October 2011

It is the duty of all states to respect, protect and fulfil human rights. Under these international obligations, governments are primarily responsible both for creating the conditions in which rights can be realised and for ensuring that rights are not violated.

Ireland is committed to having human rights both at the heart of both our national and foreign policy. The 1937 Constitution of Ireland, Bunreacht na hÉireann, predates both the Universal Declaration of Human Rights and the European Convention on Human Rights and contains strong emphasis on fundamental rights, which are in effect, human rights principles by a different name.

In The Global Island: Ireland's Foreign Policy for a Changing World (January 2015), the Government made a commitment to improve the coherence of the promotion and protection of human rights in Ireland's Foreign Policy, including through the establishment of an Inter-Departmental Committee on Human Rights. The Committee is chaired by the Minister of State and its responsibilities include assisting progress towards the ratification by Ireland of key international human rights treaties and ensuring timely reporting to human rights monitoring bodies.

In 2017 the Irish Government approved the National Plan to implement the UN’s Guiding Principles on Business and Human Rights. Ireland is only one of 21 countries to have prepared such a Plan. The Plan aims to promote responsible business practices at home and overseas by all Irish business enterprises. Under the Plan the Government established an Implementation Group to oversee the execution of the National Plan. It also commissioned a comprehensive baseline assessment of the legal and regulatory framework pertaining to business and human rights in Ireland to guide and inform the work of the Implementation Group.

Find out more about the National Plan, the Implementation Group and the Baseline Study.

We engage with NGOs on human rights issues through the:

This DFAT NGO Standing Committee on Human Rights was established in 1997 to provide a framework for a regular exchange of views between the Department of Foreign Affairs and Trade and representatives of the NGO community, as well as civil society more generally. It comprises human rights experts, academics, NGO representatives and representatives of Department of Foreign Affairs and Trade and other governmental departments as required. The Committee meets approximately four times a year to discuss international matters of concern, including Ireland’s obligations under international human rights law and Ireland’s foreign policy positions on international human rights issues of concern.

See the minutes of the meetings of the Committee.

The DFAT NGO Forum on Human Rights provides a platform for interested NGOs and members of civil society in Ireland to gather, together with representatives of DFAT, and exchange views on international human rights priorities of mutual concern. A wide range of topics have been discussed at the Forum since its inception in 1998. The Fifteenth Forum on was held on Friday, 19 February, 2016. The theme of this Forum was The United Nations Human Rights Council: Ten Years On. Speakers at the event included representatives of the UN and EU, academics, public officials, and civil society representatives.

Listen to recordings of previous Forums.

The establishment of the Universal Periodic Review (UPR) was one of the key innovations of the Human Rights Council (HRC). It is unique insofar as it is the only international peer review mechanism for the human rights records of all UN Member States. The review of each country take places during a four and a half to five year cycle and at one of the sessions of the UPR Working Group.

The process involves the preparation of a National Report by the State under Review and submission to the UN of reports by civil society organisations; an interactive dialogue during which other States are given an opportunity to ask questions and make recommendations on human rights issues; and the adoption by the HRC of the report of the Working Group which includes the State’s position on the recommendations made.

Ireland's first review took place on 6 October 2011. In March 2014 Ireland published a voluntary National Interim Report setting out progress achieved since the 1st review while the 2nd National Report was transmitted to the UN on 3 February 2016. The Tánaiste and Minister for Justice and Equality, Frances Fitzgerald, T.D., led the Irish delegation at the second review on 11 May, 2016. Ireland’s review during the third cycle of the UPR will take place in April-May 2021.

Ireland is also an active participant in the reviews of other countries and supports the participation of civil society in the UPR process. Details of the interventions made by Ireland during the second cycle of the UPR are available here.

For each UN Covenant or Convention, States Parties are obliged to submit periodic reports to specialised committees of the UN, known as the human rights treaty monitoring bodies, on the progress made in implementing the treaty domestically. The Human Rights Unit of DFAT coordinates Irish reporting in relation to the International Covenant on Civil and Political Rights (ICCPR) and the International Covenant on Economic, Social and Cultural Rights (ICESCR).The Department of Justice and Equality and the Department of Children and Youth Affairs coordinate the responses in relation to the other treaties.

Ireland submitted its fifth periodic report under ICCPR in September 2019. To view the report please see:

Ireland was reviewed under ICESCR in Geneva on the 8 and 9 of June, 2015. For Ireland’s reply to the list of issues identified by the Committee on Economic, Social and Cultural Rights, the Statement from Minister of State Seán Sherlock, who led the Irish delegation in Geneva, and for supplementary information provided to the Committee by Ireland after the review in Geneva please see:

Ireland’s fourth periodic review under the International Covenant on Civil and Political Rights took place in Geneva on the 14th and 15th of July 2014. For the submission by Ireland of follow-up material to the Concluding Observations of the UN Human Rights Committee please see :

Speech by the Minister for Justice, Equality and Defence, Alan Shatter TD, at the Universal Periodic Review, 6 October 2011