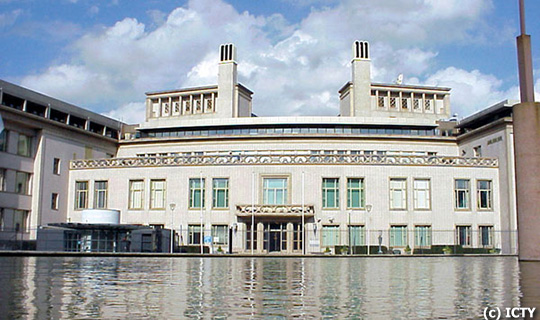 The ICTY has authority to prosecute four categories of offences, committed on the territory of the former Yugoslavia since 1991:

An Irish lawyer, Judge Maureen Harding Clark has served as an ad litem judge on the Tribunal.

The ICTY was established to respond to the particular circumstances of the former Yugoslavia as an ad hoc measure to contribute to the restoration and maintenance of peace. As it had completed much of its work, and as the time for its closure approached, it was acknowledged that there was a need to establish an ad hoc mechanism to carry out a number of essential functions of the ICTY, which will diminish over time.  Therefore, the United Nations Security Council decided, by resolution 1966 (2010) adopted on 22 December 2010, to replace the ICTY with a Residual Mechanism which took over a number of functions of ICTY as of 1 July 2013.  This mechanism is called the United Nations Mechanism for International Criminal Tribunals (MICT), and it had previously taken over a number of the functions of the International Criminal Tribunal for Rwanda.  MICT is responsible for any essential competences and functions of the ICTY in relation to all completed cases and any cases that may be brought before it (MICT has the power to prosecute, supervise sentences, deal with the protection of witnesses, issue and receive requests for co-operation and  assistance and to manage archives).