Commemorations in the US

Extensive programme of events to take place around the world

Ireland 2016 is an ambitious and wide-ranging national commemorative initiative, which will see an extensive programme of events take place in Ireland and around the world to mark the centenary of the Easter Rising of 1916, a key moment on Ireland’s path to independence. It is a once-in-a-century opportunity at home and overseas to explore, present, debate and reflect on Ireland then, now and to imagine the next 100 years.

The Global and Diaspora Programme is one of the seven strands of the overall Ireland 2016 programme. Through our network of Embassies and Consulates, we will mark this historic anniversary by organising an extensive range of events all around the world. The Programme includes flagship events that will showcase the best of traditional and contemporary Ireland across the full range of the arts, including theatre, literature, music and dance.

It is a once-in-a-century opportunity at home and overseas to explore, present, debate and reflect on Ireland

Commemorating the 1916 Rising presents many opportunities to reflect on its many international dimensions. The Minister for Foreign Affairs and Trade, Mr Charlie Flanagan T.D., commented: “Ireland in 1916 was, as it is now, a global island, a nation that both reflected and was engaged in the bigger international issues of the day. This is why I asked Ireland’s network of embassies and consulates to plan events which will engage our diaspora and friends abroad, as well as to present the Ireland of today to the world. And our diaspora and friends of Ireland around the world have already set to work with gusto.”

The John F. Kennedy Center for the Performing Arts in Washington D.C. will host a three-week festival of Irish arts and culture

The following are just some of the events that are currently being planned around the globe:

This centenary is an opportunity “to consider the international dimension of events in Ireland a century ago.” Minister Flanagan

One of first events of the Global and Diaspora Programme, the commemorations of the death of Jeremiah O’Donovan Rossa took place in New York over this past weekend. The Irish Consulate, the GAA, the New York County Cork Association, the Ancient Order of Hibernians and many more groups, individuals and other friends of Ireland came together to remember O’Donovan Rossa and his place in our history and in the links between Ireland and the US. 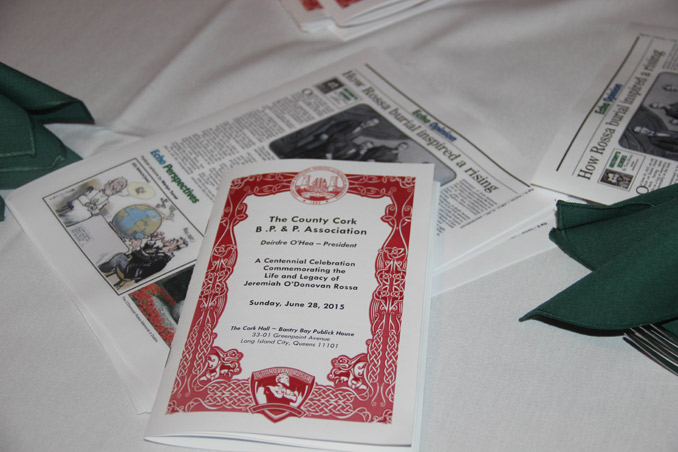 Check out the full programme of events.

Read more about the launch.

Commemorations in the US