St Patrick’s Day is one of the best-known national holidays globally, celebrated particularly by Irish people and friends of Ireland around the world each year. The Department of Foreign Affairs and Trade, through its network of Embassies and with the support of State Agencies such as Bord Bia and Enterprise Ireland, develops an annual programme of activities and celebrations worldwide to promote trade and tourism and enhance Ireland’s reputation internationally. 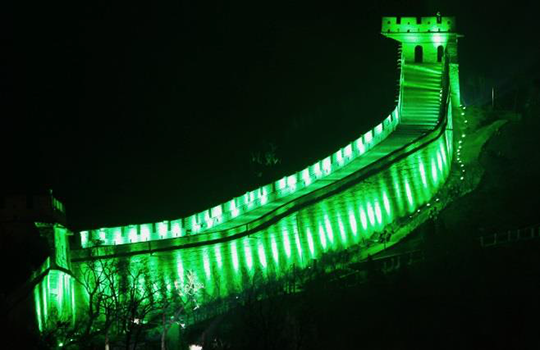 In 2015, the Department and our Embassy network organised 29 trade-focused visits by Government Ministers, including the Taoiseach and Tánaiste, to 70 cities in 26 countries. We hosted or organised a total of 398 events, ranging from New York to Nairobi, including the first official St. Patrick's Day celebrations in Silicon Valley. These included 148 business events, organised jointly with State agencies, attended by almost 18,000 Irish and international company representatives.

St. Patrick's Day also provides an annual opportunity for the Taoiseach and Irish ministers to meet with Presidents, Prime Ministers and a wide range of other key decision-makers and influencers around the world.  We organised 149 such meetings for St. Patrick’s Day 2015.

Our Embassy network also supported St. Patrick's Day parades and festivals attended by over seven million people around the world. We participated in Tourism Ireland's Global Greening initiative, which turned more than 180 iconic buildings and landmarks around the world green to celebrate the occasion. Examples of first-time greenings organised by the Embassy network in 2015 include the Colosseum in Rome, Edinburgh Castle and the Equator Sign and Line in Uganda. The Global Greening initiative is established to have generated almost €10m in overseas publicity for Ireland.