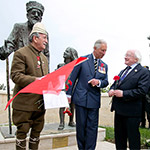 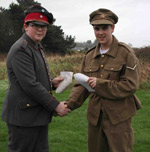 Decade of Centenaries : Find out how we are marking the key events of the decade

Centenaries of a series of events, that took place in the decade 1912 to 1922, which impacted on the foundation of the Irish State will take place in Ireland and around the world. The Department of Foreign Affairs and Trade is organising and supporting a number of events during this period, as part of the Government’s commemorative programme.

During the decade 2012 – 2022, we are witnessing the centenaries of a number of seminal events in modern Irish history including:

How our Embassies and Consulates are marking the Decade

Our extensive network of Embassies and Consulates abroad are organising a diverse range of commemorative and celebratory events as part of the Ireland 2016 Global and Diaspora Programme. In addition, events are taking place to mark other important anniversaries as part of the Decade of Centenaries.

The National Library of Argentina, supported by the Embassy of Ireland, exhibited the works of Irish and Irish-Argentine authors as well as works with historical connections to Ireland from April to June. The Embassy in Buenos Aires partnered with the National Library to showcase a programme of cultural and literary events that ran alongside the Exhibition, with organised visits by schools and other institutions. 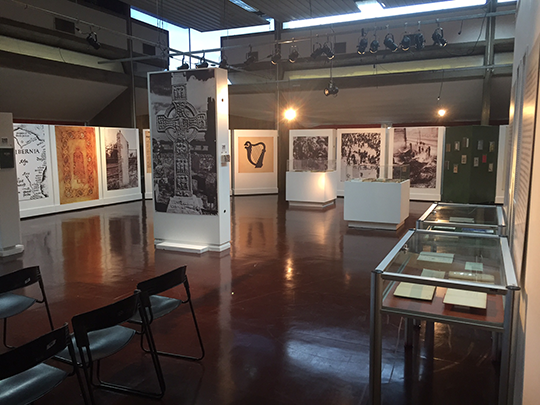 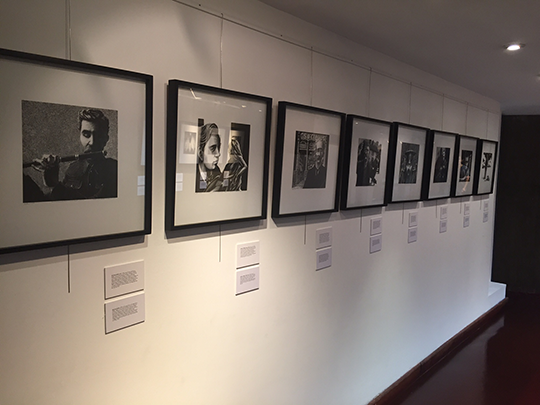 As well as the events held globally as part of the Ireland 2016 Global and Diaspora Programme, at home the Department of Foreign Affairs and Trade hosted both Rising to Reconciliation: a Journey in Words and Music and the State Ceremonial event at Grangegorman Military Cemetery remembering the British Soldiers who died as a result of the Easter Rising.

The State Ceremonial event to remember the British Soldiers who died during the Easter Rising, underlined the importance of respecting the different historical narratives and traditions on the island of Ireland in promoting tolerance and deepened understanding of the events of a hundred years ago.

Among the many centenary projects supported by the Department of Foreign Affairs and Trade throughout 2016 are: a special production of the drama Signatories at the West Belfast Festival, examining the seven signatories of the 1916 Proclamation and Elizabeth O’Farrell; the Creative Centenaries: 1916 exhibition at the Ulster Museum; the Fields of Battle, Lands of Peace First World War photography exhibition at St Stephen’s Green from September to October 2016. Further information of the Department's involvement in Roger Casement commemorations can be found at Roger Casement Centenary Commemorations. 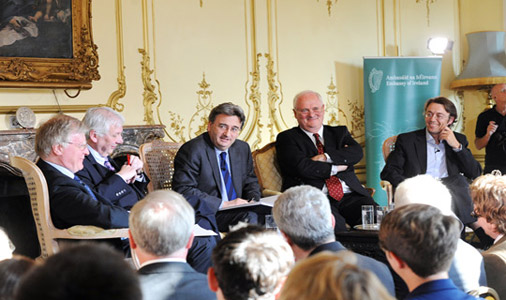 In 2014, the Irish Embassy in London marked the centenary of the Irish Home Rule Bill being signed into law with a panel discussion event led by the then Minister for Arts, Heritage and the Gaeltach, Mr Jimmy Deenihan TD.  Among the speakers were former Taoiseach John Bruton, Lord Paul Bew (QUB), Professor Michael Laffan (UCD), and Professor Richard Toye (University of Exeter).  Fergal Keane of the BBC moderated the proceedings, details of which can be found on the Embassy's website.

In November 2014, Ireland’s Ambassador in London participated in a wreath-laying ceremony at the Cenotaph there to commemorate the start of the First World War. This was the first time since 1946 that Ireland was represented at the Cenotaph. 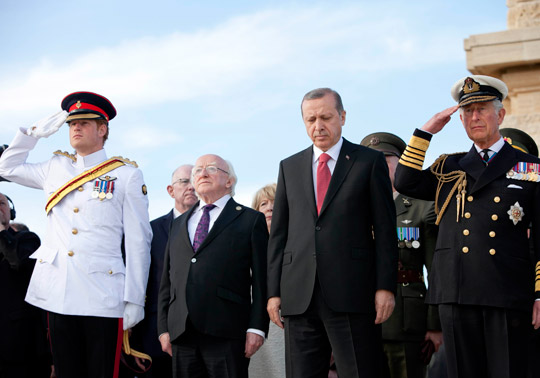 In April 2015. President Michael D. Higgins travelled to Turkey on the occasion of the centenary of the first landings of the Gallipoli Campaign of the First World War in 1915; he was accompanied by his wife, Sabina Higgins, and Minister Flanagan. During the visit, he participated in a joint Commonwealth and Ireland Service the Cape Helles Memorial on the southwest tip of the Gallipoli peninsula. President Higgins, alongside members of the British Royal family, the President of Turkey and other international representatives laid a wreath in memory of all those who died.

During the Commonwealth and Ireland Service at the Cape Helles Memorial, a member of the Irish Defence Forces, Company Sergeant Jim Aherne, read an extract from a 1915 letter from a Captain Richard Patrick Tobin, known as ‘Paddy’ to his friends and family, to his father in Dublin. Paddy's letter was written from Suvla Bay in Gallipoli on 13 August and described the week following his arrival.

Before leaving Ireland, Paddy had been a medical student in Trinity College Dublin and a member of Lansdowne rugby club, when a call came for volunteers to enlist. Over 200 members of Lansdowne enlisted and became a ‘Pals Battalion’, a unit with geographic, professional, sporting or other personal links. The ‘Pals Battalion’, part of the Royal Dublin Fusiliers D Company, had expected to be sent to France but instead arrived in Gallipoli in August 1915.

In the letter to his father, Paddy painted a grim vista of bullets and death, dirt and flies, and a chronic shortage of water. While running along sandbanks, trying desperately to avoid shelling and death by shrapnel, he was struck by their similarity to the ‘Alps at Dollymount’, Dublin’s famous strand. Paddy Tobin was shot and died three days after he wrote the letter, aged 21.

President and the Minister also attended national services hosted by Turkey and France, as well as a joint Australia-New Zealand ceremony.

The Centenary of the Funeral of Jeremiah O’Donovan Rossa: Events in New York

This year, the Irish Consulate General in New York will support a number of events marking the death of the prominent Fenian, Jeremiah O’Donovan Rossa, who lived for much of his life in the United States. Over the weekend of 27 – 29 June, there will be a GAA tournament at Gaelic Park in the Bronx. The Cork Association in New York and the Ancient Order of Hibernians will also organise a mass in the city and a wreath laying ceremony at the O’Donovan Rossa memorial at St. Peter’s Church in Staten Island. Separately, Glucksman Ireland House at New York University and the American Irish Historical Society will collaborate on an exhibition and a lecture to coincide with the anniversary of the Pádraig Pearse’s oration at the graveside of Jeremiah O’Donovan Rossa in August. Find out more about commemorative events in the United States on the website of the Irish Embassy in Washington D.C.

The Department of Foreign Affairs and Trade has organised a series of commemorative lectures at its headquarters in Iveagh House, St Stephen’s Green. Read more about it on our Iveagh House Lectures webpage.

The latest edition of Comóradh - A Newsletter for the Irish Abroad in the Decade of Commemorations highlights some of the commemorative initiatives and events which took place in 2014 - 2015, marking historical events of a century ago.

For more information, please visit the website of your local Embassy or Consulate or, for the United States, please visit the Embassy’s dedicated webpage on commemorations. You can also take a look at the Department of Arts, Heritage and the Gaeltacht’s websites for the Decade of Centenaries and Ireland 2016.

The Department of Foreign Affairs and Trade’s Global Irish website also contains useful information for those who are Irish born, of Irish heritage or have a connection with Ireland, to develop and maintain connections to Ireland and Irish people while abroad.