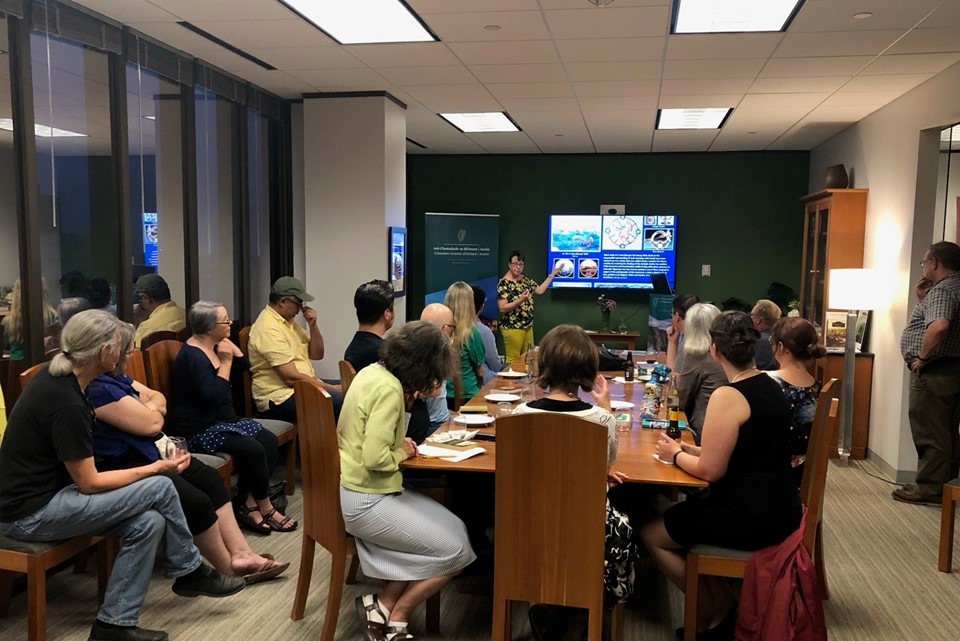 Every year on the 16 June, Irish Embassies and Consulates all around the world join with Joyce enthusiasts to celebrate ‘Bloomsday’ - a global celebration of James Joyce’s novel Ulysses.

The story of Ulysses begins at 8am on 16 June 1904 and the story follows the main character, Leopold Bloom through to the early hours of the following morning.

Ulysses was first published in 1922 and is widely regarded as one of the greatest novels ever written.

This year, we travelled to Oklahoma to celebrate Bloomsday at a very special gathering at the Duet jazz club in Tulsa.

The celebration included music performances by the Tulsa-based band ‘Cairde na Gael’ and theatrical readings from Ulysses by Theatre Tulsa.

The Consulate General of Ireland was delighted to support this event and to meet with members of the Irish community in Tulsa, Oklahoma. 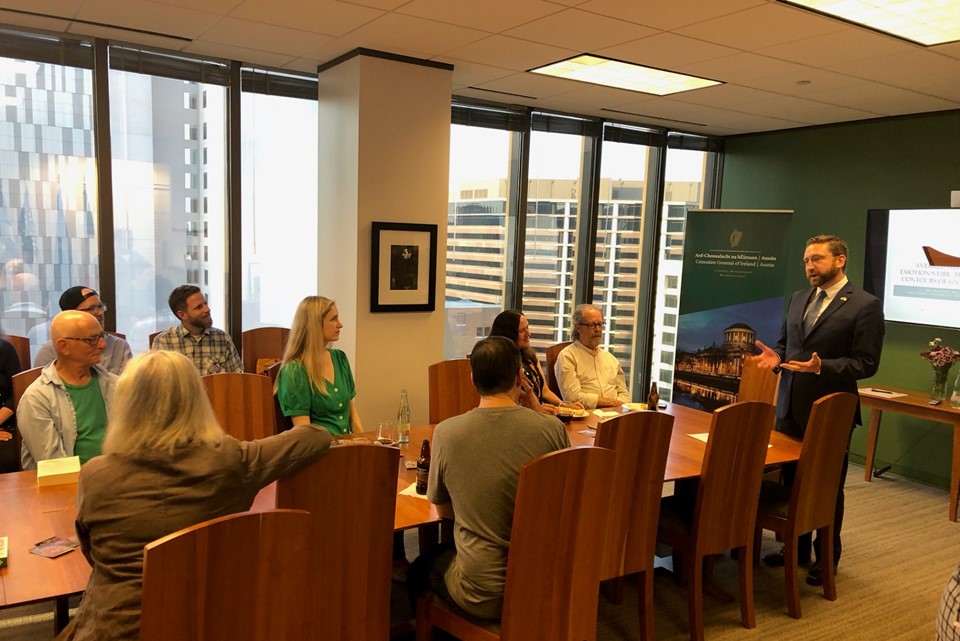 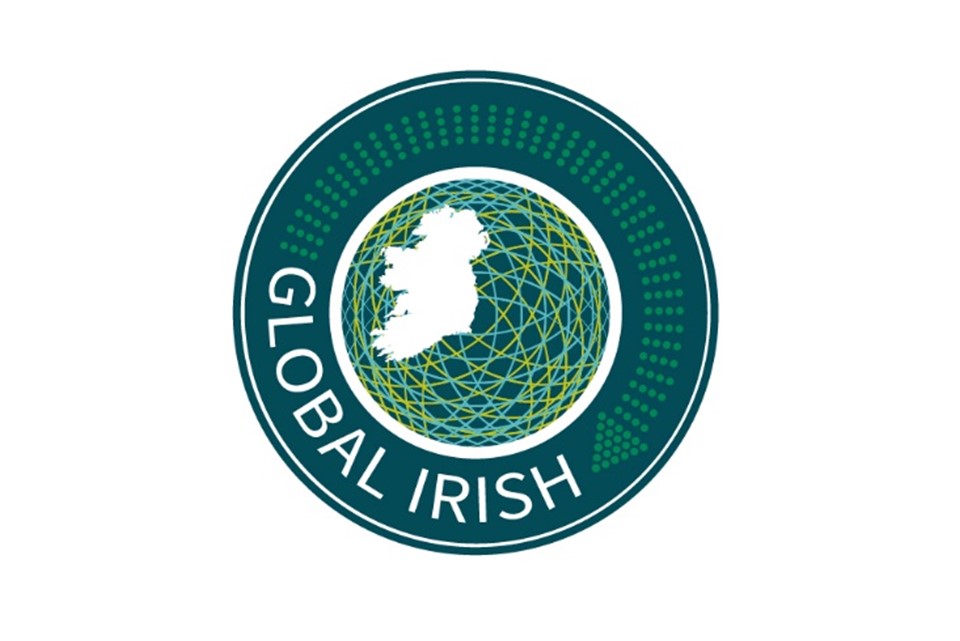 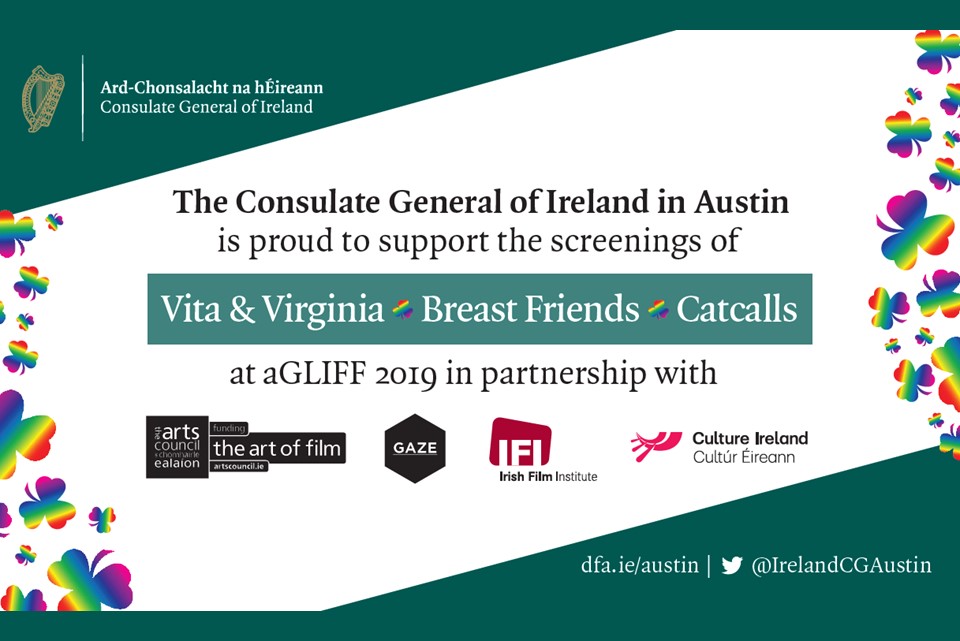 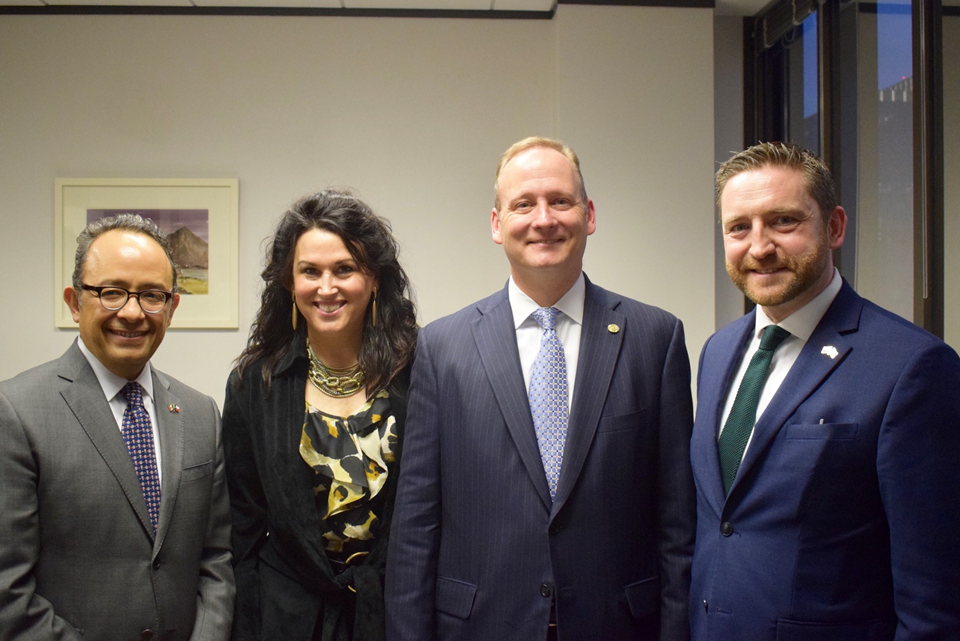 The Irish Consulate is delighted to support a number of screenings of Irish films at the aGLIFF International Film Festival in Austin on 22-25 August in partnership with the Irish Film Institute, the GAZE LGBT Film Festival, Culture Ireland, and the Arts Council of Ireland.

Irish for PRIDE in Austin 2019

The Irish Consulate in Austin was delighted to join members of the Irish community on 10 August to celebrate the Austin Pride parade and Ireland’s commitment to LGBT + equality and inclusion.

The Consulate General of Ireland in Austin invites you to join us in a celebration of Ireland’s commitment to equality and inclusion at Austin Pride 2019 on Saturday, 10 August.

We held a very special gathering of the Finnegans Wake Reading Group in Austin, Texas to mark the visit of Irish artist Carol Wade.

This year, we traveled to Oklahoma to celebrate Bloomsday at a very special gathering organized by Professor Sean Latham from the University of Tulsa.

Press Release by Ambassador Mulhall on new memorial which will be dedicated to the thousands of Irish who perished in the silver mines in Leadville, Colorado

The Consulate General of Ireland participated in a number of events in Texas to celebrate the National Day of Ireland including parades and festivals in Houston, San Antonio, and Austin.

Here is your guide to all things Irish at South by Southwest (SXSW) 2019!

The Irish Consulate hosted a reception for Texas State Legislators on February 5, 2019 to mark the beginning of the 86th legislative session.

The Irish Consulate hosted its inaugural St Brigid’s Day celebration on February 1, 2019 to acknowledge the role of Irish and Irish-American women in Texas.

To celebrate St Brigid’s Day 2019, the we are delighted to welcome the Irish community for an evening of music, culture and celebration at the Consulate General of Ireland in Austin on Friday, February 1 from 6:00pm to 8:00pm.