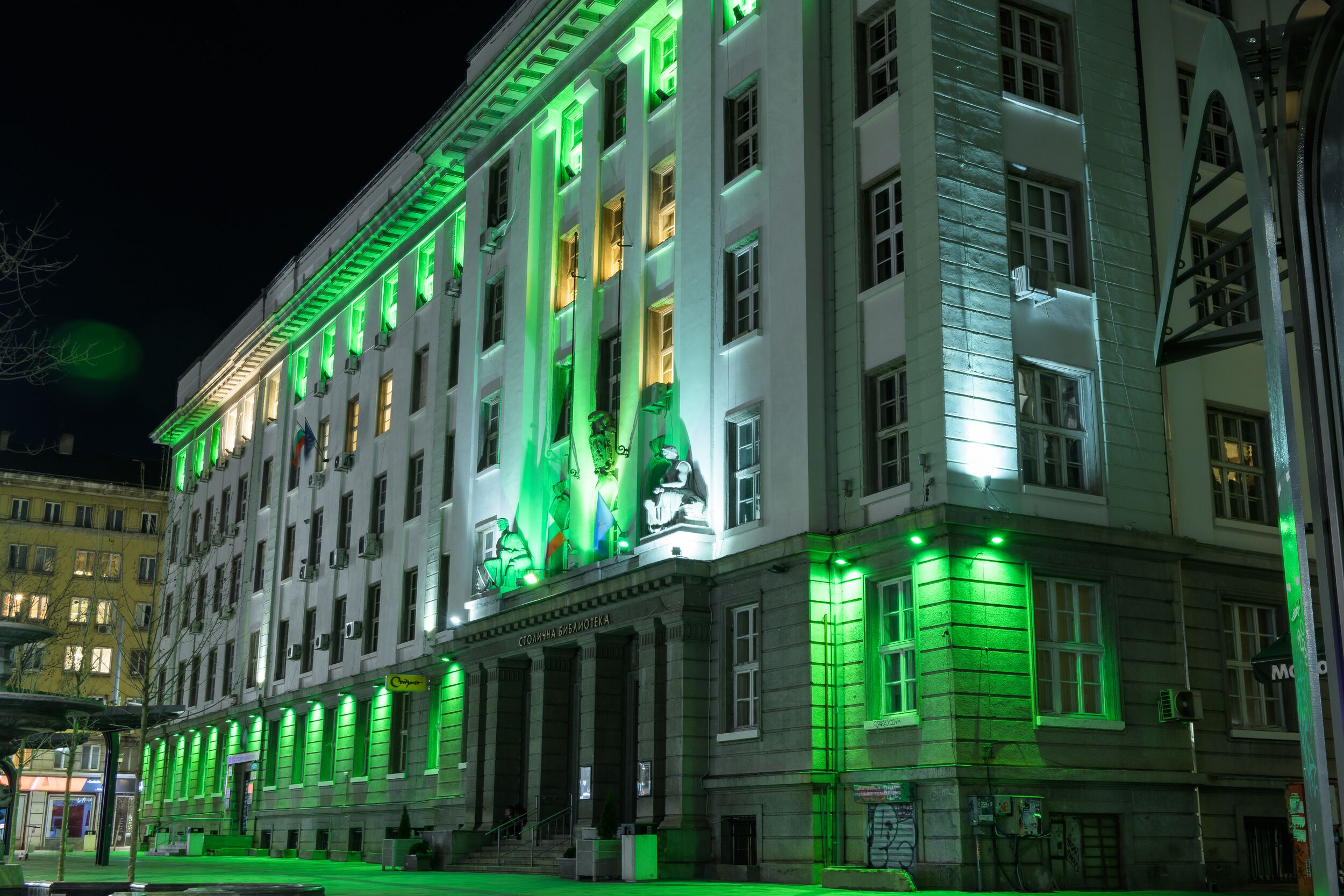 On the occasion of St. Patrick Day’s, the Embassy of Ireland in Sofia, with the support of Sofia Municipality, offers visitors and residents of Sofia a "Feast of Irish Culture" exhibition highlighting the cultural wealth of Ireland in over 40 photographs illustrating its literary, musical, film and architectural heritage.

Visitors can admire notable buildings in Ireland from pre-history to the present day, learn of Irish and international movies filmed in Ireland and become acquainted with traditional musical instruments. The exhibition features not only famous Irish writers, but also the Bulgarian translators, who have made their work accessible to Bulgarian readers.

The exhibition will be officially opened on17 March 2021, at 15:00, on the "Bridge of Lovers" by the Ambassador of Ireland Mrs. Martina Feeney and the Deputy Mayor for Culture of Sofia Municipality Mr. Todor Chobanov (subject to change depending on the weather).

We are also hosting a Virtual Reception with remarks from Ambassador Feeney and our Taoiseach, Mr Micheál Martin. Our reception will also celebrate Ireland's culture, showcasing musicians and dancers both young and old, modern and contemporary. The reception is due to begin tomorrow at 17:30, and can be watched at the following link: https://ireland.ie/bulgaria We would be delighted if you could join us.

In addition, to mark this very special Irish day, a number of Buildings will be lit up in green: the National Palace of Culture, Sofia Opera and Ballet, National Library "St. St. Cyril and Methodius, Sofia City Library. The Clock house in Tryavna, Art Galery in Vidin, Veiko Turnovo University and the Municipality building in Ruse will also join the initiative.

Lighting the buildings in green is part of the Global Greening Initiative which celebrate its 11th anniversary in 2021. Over 450 iconic buildings around the world are lit up in green for St. Patrick’s Day.

We are also pleased to announce that the Sofia International Film Festival will show three Irish films over March - "Crock of Gold: A Few Rounds with Shane McGowan", "To the Moon", and the Oscar-nominated "Wolfwalkers". More information on the films and how to get tickets can be found on the SIFF's website

St. Patrick was  Christian missionary who is the patron saint of Ireland. Legend says that he was born around 385. He travelled to Ireland in 432 where he converted the pagan Irish to Christianity. St. Patrick is credited with using the three-leaf shamrock plant to explain the Holy Trinity to the Irish people. The shamrock has become the informal symbol of Ireland and all things Irish.

Information for Ukrainians and their dependents seeking to travel to Ireland

Short stay visas will resume as of 13 September

Resumption of all short stay visas

Ireland is on Bulgaria’s list of RED Zone Countries

Latest Rules for Travel to Bulgaria as of 4 June

Six Countries Removed from the List for Mandatory Hotel Quarantine

Six countries removed from the list for Mandatory Hotel Quarantine

Immigration Service Delivery has announced that the processing of these categories will recommence with effect from Wednesday, 19 May

Misspelling of names on vaccination certificates

Update to Entry Restrictions for Bulgaria

Updates to Entry Restrictions to Bulgaria

Changes to the designated list of countries for Mandatory Hotel Quarantine