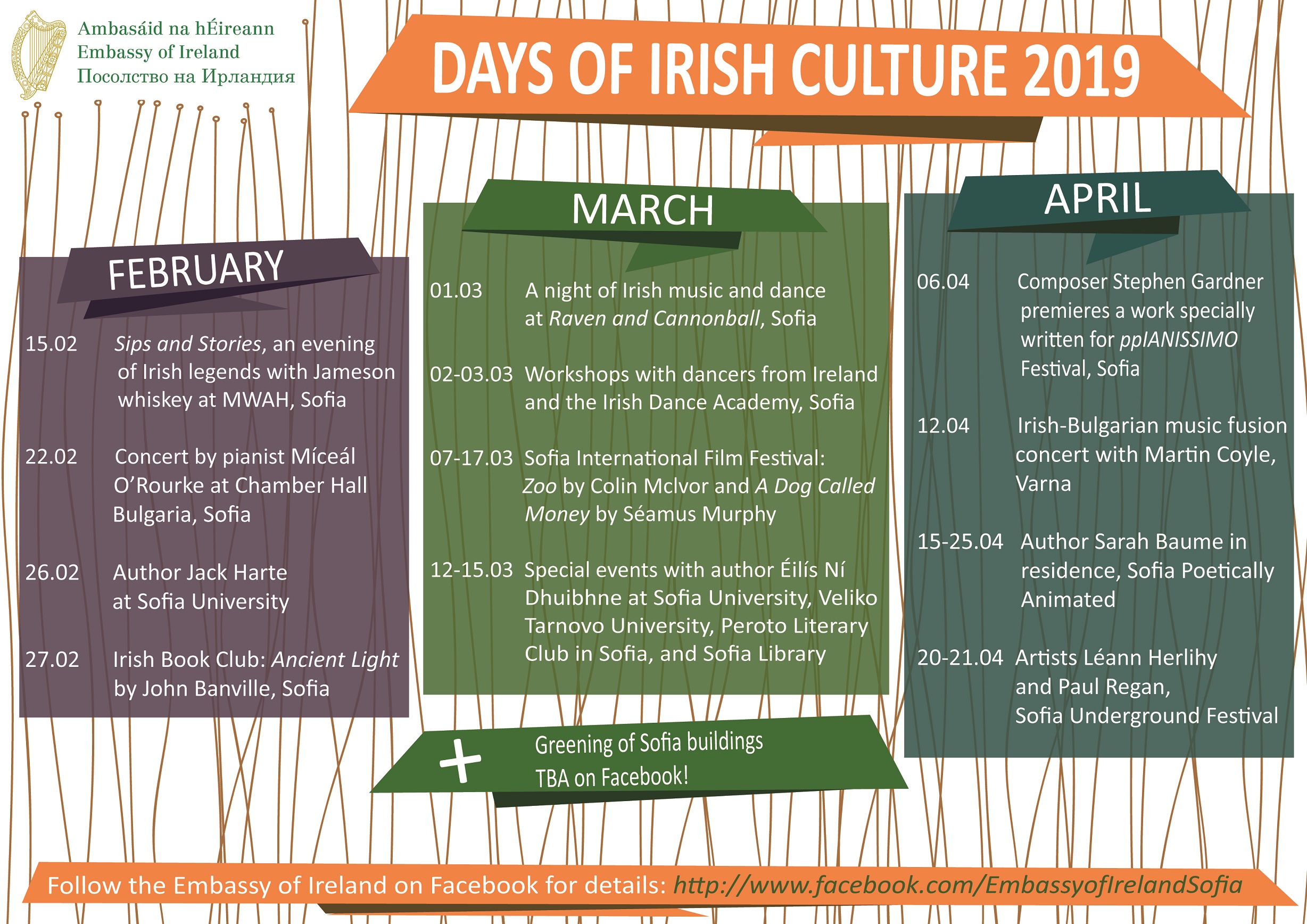 Ireland marks its national holiday St Patrick’s Day on 17 March – a unique occasion celebrated in more countries around the world than any other national day. This year, the Embassy of Ireland organises a number of events which include Bulgaria in the global St Patrick’s celebrations, reflecting the increasing partnership between Bulgaria and Ireland.

Ambassador of Ireland Michael Forbes said: “St Patrick’s Day is a chance to come together and celebrate not only the rich Irish heritage, but also our connection to our friends around the world, our common history and goals. That is why this year’s celebration is devoted to Ireland’s commitment to the European Union, with Irish government Ministers visiting all 27 European capitals.”

He continued: “I am delighted to welcome Irish Minister for Natural Resources, Community Affairs and Digital Development Seán Canney to Bulgaria on St Patrick’s Day. His presence is part of our strategy for more direct interaction between our two countries. Although Ireland and Bulgaria are at opposite geographical ends of the EU, we are much closer in terms of historical experiences and our human spirit."

Greenings of emblematic buildings in Sofia

To mark the celebration, the National Palace of Culture (NDK) and the National Library St St Cyril and Methodius will be lit in green, joining Ireland’s Global Greening festival which brings together over 250 sites in other major cities such as the Colosseum in Rome, the Leaning Tower of Pisa, the Niagara Falls, the Sydney Opera House, Empire State Building in New York, the Museum of Cycladic Art in Athens and many more. NDK will go green on the evening of the holiday, 17 March, Sunday, while the façade of the National Library will be greened on the evenings of 17 and 18 March, Sunday and Monday. The Embassy of Ireland’s building, Platinum Business Centre (26-30 Bacho Kiro Str), also joins in the initiative and will be greened on 18 March, Monday.

Special guest Minister Seán Canney will witness the lighting of NDK in green on Sunday. During his stay in Bulgaria on 17-18 March, the Minister will also hold meetings with his Bulgarian counterparts, as well as with members of the Irish community in Bulgaria. 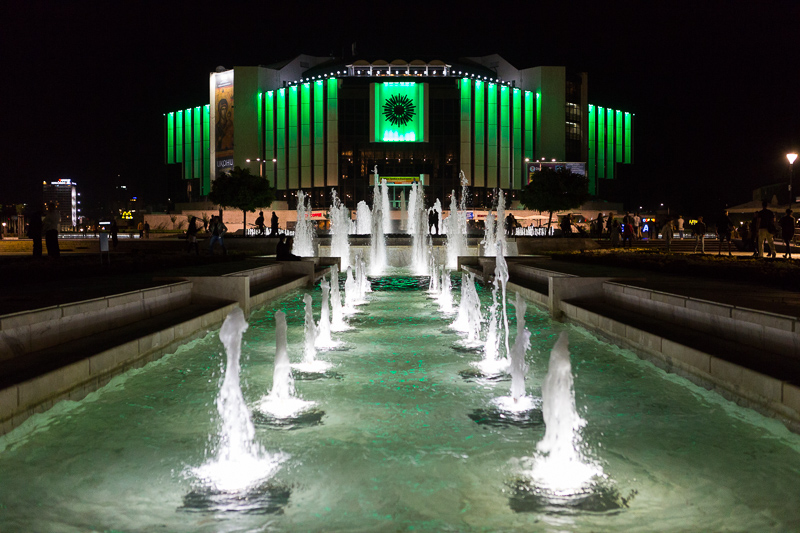 In addition to the greenings, the Embassy is sponsoring a number of cultural events. Renowned Irish writer Éilís Ní Dhuibhne visits Bulgaria in the run-up to St Patrick’s Day to present her new book of short stories Literary Lunch and Other Stories, which includes never-before translated texts, specially curated for Bulgarian readers.

Ní Dhuibhne, who also writes in Gaelic, will lead a workshop titled “Why Would Anyone Write in Gaelic?” at Sofia University on 12 March, Tuesday, at the English and American Studies library, 18:00.

She will give a talk on contemporary Irish literature to the students and faculty of the Veliko Tarnovo University on 13 March, Wednesday, 16:00.

On 14 March, Thursday, at 18:30, Ní Dhuibhne will lead a special Evening of Irish Literature at the Peroto Literary Club, NDK, Sofia. The newest Irish writing translated into Bulgarian will be presented then, as featured in the latest Literary Gazette issue.

The official launch of the translation of Ní Dhuibhne’s works Literary Lunch and Other Stories, published by ICU, will take place on 15 March, Friday, at Sofia City Library, 18:00.

Updated Information for Visa Applications for Ireland, due to ongoing COVID restrictions

H.E. Ambassador presents her credentials to President Radev, officially taking up her position as the new Ambassador of Ireland to Bulgaria.

Covid-19: Information for visa applicants (current as of 31st July)

Information on Covid-19 measures that may affect planned travel to Ireland as well as our countries of accreditation: Bulgaria, Georgia and Armenia.

Off to Tbilisi for the match this weekend? Take a look at our travel tips for a smooth trip!

If you are an Irish citizen travelling to Tbilisi for Ireland's UEFA European Championship 2020 qualifier against Georgia on Saturday 12 October, take a look at our travel tips to make sure your trip goes smoothly.

Flight disruptions and cancellations have occurred because the travel and tour operator licences of Sindaco Limited, trading as Fanfare, Irish Film Tours and Buzz Travel, have been withdrawn by the Commission for Aviation Regulation (CAR).